Great leaders protect their nations and their communities by addressing current threats, scanning the horizon for approaching storms and transforming policies as needed. They understand that being prepared, as the Boy Scouts have taught us, is the requisite of security.

Today, without any doubt, the Earth’s climate is changing. In 2016, global temperatures were the highest recorded, surpassing the previous record set only the year before. Rising seas are already threatening island nations and coastal communities. Drought has forced millions of families to migrate in search of food, while the chairman of the Joint Chiefs of Staff, Joseph Dunford, and Secretary of Defense James Mattis have described climate shifts as a serious potential threat to the United States.

This is a threat that we must heed. We do not want to be caught unaware and in denial like the grasshopper of Aesop’s fables.

What do we do? One approach is to wait for the government to act. This is a hazardous path. As a candidate, President Donald Trump called climate change a hoax and dismissed the Paris Agreement as misguided.

China has taken the opposite position. It has committed to aggressive emissions reduction targets and, by some reports, is already ahead of schedule. In January, China halted plans for 103 coal-fired plants. Simultaneously, it is committing billions of dollars toward a low-carbon economy, creating jobs in renewable energy and supporting emerging nations in their efforts to adapt to the onslaught of climate change.

This does not mean that we in the U.S. are paralyzed. Climate change, in fact, has ushered in a renaissance in design, land use and technology. Businesses and universities are investing in new technologies as well as new partnerships with the focused mission of solving the climate challenge, with or without the government.

Architects are designing buildings that generate more energy than they consume. Farmers are using cropland more efficiently to prevent expansion into carbon-storing forest ecosystems. And cities, businesses and universities are continuing to invest in clean-energy breakthroughs that are driving down the price of wind and solar.

Humanity has the capacity and the ingenuity to respond to climate stress. To do so, we must remember that no great transformation has been led by government alone.

In November, immediately after the U.S. presidential election and concurrent with the United Nations climate negotiations, the worlds of innovation and tradition came together as entrepreneurs and indigenous leaders joined forces to plan decentralized action to fight climate change. The result is the Roadmap, a call to action to create new inclusive models of change to fight climate change together as a global community.

One non-technological solution put forward was simply to support the rights of indigenous peoples and local communities, who control nearly 25 percent of the Earth’s surface and most of the planet's healthy ecological systems. Their forests, along with all forests, if managed wisely, could capture one-third of the total amount needed to keep global temperatures from rising more than 1.5 degrees Celsius, which is what many scientists believe is the limit for avoiding the worst effects of climate change.

There is no doubt that humanity has the capacity and the ingenuity to respond to climate stress. To do so, we must remember that no great transformation has been led by government alone. It always has been up to private citizens to provide the solutions to back up formal policy.

Now, we push forward with that work, with or without the U.S. government. No matter what our government does, we — citizens, communities and businesses — must not hold back our creativity, urgency and investment.

This is the time for transformation without permission. 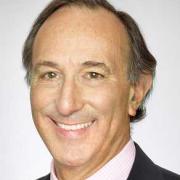 How Mars and Walmart illustrate the future of sustainability

Will coffee be the first 100% sustainably sourced commodity?

Why business needs to care for ocean health

See all by Peter Seligmann