By Ryan Schuchard and Laura Ediger

Earlier this year, we noted several factors that are key to staying on the critical path to an effective climate treaty: The U.S. must enact serious climate legislation, both China and the U.S. would have to ratchet up their respective commitments, and the U.S. Senate needs to ratify the international treaty produced by negotiations in Copenhagen this December.

There is movement forward. On June 26, the U.S. House of Representatives approved the American Clean Energy and Security Act, the nation’s first-ever cap-and-trade bill that is also known as Waxman-Markey. China and the U.S. have held numerous climate policy talks, and the U.S. has exerted more leadership in U.N. negotiations than it has in more than a decade. At the recent G8 summit, U.S. President Barack Obama and Chinese President Hu Jintao joined other heads of major economies in agreeing that they should not allow the world to warm more than 2 degrees Celsius.

Yet China still has not committed to specific emissions cuts and targets, a step not only essential to the fight against global warming, but one that will also influence whether the U.S. Senate passes Waxman-Markey. Whatever happens in the Senate, it is clear that climate will remain a dominant trade theme between China and the U.S., the world’s No. 1 and No. 2 greenhouse gas emitters. For business, this means that a new policy landscape on emissions will take shape, with potential impacts on regulatory regimes in both countries as well as transnational issues, such as supply chain emissions.

The following guide offers insight into what you can do to ensure that your company is positioned for success in this rapidly changing climate.

Upcoming legislation has the potential to reshape the way U.S. businesses use energy resources, both at home and abroad. Two key issues will determine whether China and the U.S. move toward meaningful cooperation on climate issues in the near future. The first is whether China accepts emissions-reductions targets; the second is whether the U.S. Senate passes a Waxman-Markey bill that China does not perceive as overly restricting Chinese imports.

China’s current climate programs are limited to the promotion of energy efficiency, and the country’s leadership shows little sign of moving toward carbon-dioxide emissions caps, despite pressure from the U.S. On the U.S. side, domestic manufacturing lobbyists are creating pressure for an eventual cap-and-trade law to contain measures to protect the U.S. from inaction by China. Watch these relationships as the bill goes through markup by July 31 and through committee by September 18, in preparation for a fall vote.

If Waxman-Markey passes, the Senate likely will vote in December on a global climate treaty brought back from Copenhagen by chief U.S. climate negotiator Todd Stern. To secure ratification, perceived leadership by China will be even more important. According to Sen. John Kerry, D-Mass., the 60 votes required for cap-and-trade are within reach, but the 67 votes needed to ratify a treaty will be nearly impossible without more significant commitments than China has signaled so far.

China -- which has consistently positioned itself as a developing economy that cannot afford to cut emissions -- even as it pushes other countries to make sharp cuts -- knows that as the largest global emitter, no climate treaty will work without it. And while negotiators undoubtedly will continue to take a tough line in the build-up to Copenhagen, there already have been signals that a deal can be reached. After his June trip to Beijing, Stern said he expects China to commit to stabilization of long-term emissions around 450 parts per million, as well as a target year for peak emissions.

To stay apprised of possible new commitments by China, follow China’s evolving 2011 to 2015 five-year plan, watch ongoing meetings this summer between Stern and China’s climate change envoy, Xie Zhenhua, and pay attention to whether coalitions of industrialized and developing nations are able to agree on reduction targets as the G-20 meeting in the U.S. approaches.

A thornier issue is how the two countries will manage emissions in value chains that cross their borders. In March, China’s head climate negotiator, Li Gao, famously asserted that the U.S. should take responsibility for emissions that happen in China due to the significant volume of goods produced in China for the U.S. market. Then in June, when the U.S. House of Representatives added mandatory carbon import tariffs for countries like China to Waxman-Markey, China’s Vice Foreign Minister He Yafei firmly stated that his country opposed that possibility. President Obama has said he prefers to avoid such measures, but others have pointed out that tariffs could strengthen the U.S. negotiating position as the Senate tries to develop a politically feasible bill.

Assess: Know Where Your Company Stands

Regardless what happens in the near-term with U.S. legislation, bilateral relations with China, and the Copenhagen negotiations, companies should assess how their markets, operations and supply chains will be impacted by potential new policies and regulations, which may include price and market mechanisms, financial incentives, and technical requirements.

All signs indicate that over the long-term, climate change and related policy responses will push prices up for carbon-derived energy. The key question for global companies is whether climate policy will evolve in a smooth and comprehensive way, or whether pockets of local opposition will spark balkanized schemes. The former scenario is most conducive to efficiency and low-transaction costs, the latter more likely to lead to gaming and continued erosion of public trust. So, when considering your company’s exposure, think not only about the direct cost of carbon, but also overall market stability and the risks of an uncertain policy regime.

A related issue is the establishment of border measures, which are aimed at addressing cross-border emissions or “leakage,” while applying even trade pressures to both sides. If border measures are passed through Waxman-Markey or other legislation, don’t count on a trade war, but do expect the World Trade Organization (WTO) to permit them. The WTO is likely to treat cap-and-trade the same way it treats value-added taxes, with border taxes allowed if they reduce distortions. When assessing your exposure, make sure you are aware of where your supply chains cross borders, especially those associated with energy-intensive production.

It is in the interest of business to promote strong climate policy, both to insure against potentially disastrous long-term consequences and to support innovation and entrepreneurship. An informed analysis should include a full picture of potential policy impacts, including the costs of inaction. Economists agree that, in net present value terms, the costs of ignoring climate change are much worse than those expected to arise from mitigation efforts, such as short-term spikes in energy prices (which will be temporary as companies invest in low-carbon alternatives). Also, be wary of analyses that use overly simplistic calculations of policy costs to assess climate policy. If and when you do decide to influence Waxman-Markey’s undecided senators (PDF), you may be most influential if joining forces with existing groups, such as U.S. Climate Action Partnership or Business for Innovative Climate and Energy Policy -- or by working with BSR and other players in the field to create other kinds of momentum.

Companies with operations in China should take the time to share with employees, partners, and other members of the business community why climate change is material to your business, and the importance of the U.S. and China making joint commitments. You can help take a lead in transparency by supporting and joining a regional or national climate registry (PDF). Finally, given the upward price pressure of carbon-based energy, consider collaborative opportunities to work with facilities and suppliers to increase energy and carbon efficiency.

Increased awareness of the direction climate policy is headed in both the U.S. and China is beneficial for business planning, as changes in energy subsidies or incentives and cross-border emissions regulation all carry significant financial implications. Understanding the international dialogue and positioning by each side will help you predict upcoming regulatory shifts in both countries, and will create the opportunity for informed action to influence policy. As Waxman-Markey winds its way through the Senate en route to the White House, don’t lose sight of the effects this bill may have for your business far beyond U.S. borders. 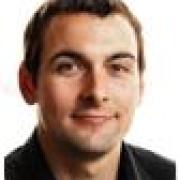 Real Climate Leadership and the Rules of Policy Engagement

By Ryan Schuchard and Laura Ediger

See all by Ryan Schuchard and Laura Ediger