In California, a push grows to turn dead trees into biomass energy

Jonathan Kusel owns three pickups and a 45-foot truck for hauling woodchip bins. He operates a woodchip yard and a 35-kilowatt biomass plant that burns dead trees, and he runs a crew marking trees for loggers working in national forests. Those are a lot of blue-collar credentials for a University of California, Berkeley Ph.D sociologist known for his documentation of how the decline of the timber industry affects rural communities.

What drove Kusel into a side business — logging small and dead trees and burning them in biomass boilers — is fear of fire. In 2007, the 65,000-acre Moonlight Fire blew flaming embers onto his lawn near Taylorsville, California as he readied his family to evacuate. In September, the Walker Fire scorched 54,614 acres just up the valley from the offices of the Sierra Institute for Community and Environment, the nonprofit research organization Kusel founded in 1993. In that 12-year span, wildfires burned 690 square miles in the northern Sierra Nevada.

Drought, a warming climate and bark-beetle infestations also have killed 147 million California trees since 2013, most of them along the Sierra spine running south from Kusel’s home base past Lake Tahoe and Yosemite National Park to Tehachapi Pass, 75 miles north of Los Angeles. Scientists say these trees are poised to burn in California’s next round of megafires, threatening the range with blazes so intense they will leave some places unable to establish new forests.

Kusel, 63, is one of a growing number of citizens and officials anxious to put those trees and their thick undergrowth to use before they ignite large-scale wildfires, pollute the air with choking smoke and release large amounts of CO2. His institute has invested in logging equipment to supply wood chips to community biomass facilities, which burn them to produce heat and electricity. This is low-value vegetation that would have burned in natural fires a century ago, before the U.S. Forest Service began suppressing fire.

If we can’t figure out what to do with the lowest-value material, we will fail at restoring our forests.

"If we can’t figure out what to do with the lowest-value material, we will fail at restoring our forests," says Kusel.

Biomass projects such as Kusel’s are controversial, especially in the southeastern U.S., where states have rushed to convert forests into pellets for export to power plants in Europe. That market opened up after a much-criticized European Union decision to categorize biomass energy as a form of renewable energy.

As production nearly has doubled at facilities from Virginia to Florida, large-scale logging has had a major impact on Southern forest ecosystems, among the most diverse in the country. More than 35 million acres of natural forests have been lost, replaced by 40 million acres of single-crop pine plantations; local species extinctions doubled between 2002 and 2011, according to the Dogwood Alliance, an environmental organization protecting Southern forests. The American Lung Association and numerous health organizations blame biomass burning for a sweeping array of health harms, from asthma to cancer to heart attacks.

Kusel and others contend, however, that the West’s fire-prone ecosystems make biomass use fundamentally different. Kusel’s projects use dead, diseased and burned trees, along with the small-diameter green trees that he says overcrowd forests and contribute to fire danger. But where Kussel sees ecosystem benefits, jobs and cleaner air, some conservationists see overcutting that destroys wildlife habitat, removes carbon-storing trees and releases even more carbon by burning them. "For the climate it’s a double whammy," says Shaye Wolf, climate science director for the Center for Biological Diversity.

Above: A worker manages a biomass-fed heat-power system in Quincy, California. The facility and several others managed by the Sierra Institute are powered using wood sourced from nearby forests. Source: The Sierra Institute

As the Sierra fire season approaches, the threat of wildfires raging across John Muir’s "Range of Light" is driving a re-examination of biomass burning. The state that has made reducing carbon emissions a top priority is embracing the use of woody debris as part of sweeping policies that include thinning1 million acres a year of live and dead trees. Kusel and others regard this as a path toward forest resilience and carbon neutrality — a way to reduce the extent and intensity of wildfires while generating electricity. What happens in the Sierra Nevada could influence forest policy throughout the West.

Entrepreneurs have been converting trees and understory vegetation to electricity since the 1950s. In addition to the large-scale wood pellet operations in the Southeast, more than 25 other states from Maine to Hawaii have biomass plants generating electricity by burning wood. Michigan and Maine each have 15. Washington has 12, and Oregon 7.

In California, the state with the most biomass power plants, the nearly 70 facilities operating in the early 1990s dropped to about 24 after government incentives waned. The current enthusiasm began around 2015, when drought-killed trees began transforming Sierra forests from shades of green to bright orange. That was a tipping point, "a sober realization that we really do have a forest health issue," says Andrea Tuttle, former director of the California Department of Forestry and Fire Protection (now CalFire). Today, a century of fire suppression, poor forest management and climate change have contributed to far larger and more destructive wildfires. Removing some of those dense and dead trees to biomass plants seemed a sound approach to reducing fire risk in a useful way, she says.

Several high-priority actions in California have embraced removing excess forest fuels as part of an aggressive climate policy. Former Gov. Jerry Brown’s 2018 executive order addressing tree mortality included a component directed toward small biomass generation. CalFire’s commitment to thinning a million acres a year is backed by $2 billion approved by the legislature. And last year, Gov. Gavin Newsom declared a state of emergency, fast-tracking 35 high-priority logging and thinning projects in fire-prone communities. The state aims to reduce carbon emissions to zero by 2045, in part by slashing the amount of CO2 emitted by wildfires.

Opponents see little difference between the push for biomass burning and the destructive logging of the past.

Some of this government largesse is funding Kusel’s biomass energy projects, almost entirely subsidized by grants. The Sierra Institute’s first venture was a small-scale facility that uses wood chips to boil water, heating a 55,000-square-foot building owned by Plumas County. It also produces enough electricity to power the plant. Kusel designed the project to demonstrate how local materials and labor can help restore fire-prone forests. As the institute secured 400 tons of bone-dry wood chips, it found itself lurching into the logging business. It has acquired a small fleet of used trucks and become partners with Jared Pew, a local third-generation logger providing the chips. Some are coming from community projects removing live trees and small vegetation around houses to protect them from fire. Other sources for chips include Forest Service thinning sales and trees burned in the massive 2018 Camp Fire near Paradise.

The Plumas County project has inspired a Tahoe ski area and El Dorado County to explore facilities that use local forest fuels to heat and supply electricity to numerous buildings. The Sierra Institute is planning a 3- to 5-megawatt biomass plant on a site where local operators make wooden posts and mulch, and use chips to heat greenhouses. The institute has funded feasibility studies for biomass heating systems at six public buildings in Plumas County, including two high schools and two hospitals.

Humans already have had a huge impact by excluding fire from Sierra Nevada ecosystems, says Malcolm North, a U.S. Forest Service research scientist. "If we do nothing to reverse the overcrowded forests that we have created, we are likely to lose sensitive species like the California spotted owl and the Pacific fisher to fire," he says. Harvesting small green trees and dead trees is one way to prevent that, North says.

But Wolf, of the Center for Biological Diversity, sees little difference between Kusel’s push for biomass and the destructive logging of the past. Government contracts for biomass removal include commercial logging — not just dead trees and woody debris, but larger diameter trees, too, she says. Even dead trees sequester carbon, contributing to California’s carbon neutrality goals.

In 2018 alone, California wildfires released 45.5 million metric tons of carbon dioxide, more than half as much as the state’s industrial sector emits in a year.

As to the threat of fire, Wolf says, the most important work communities can do to protect themselves is to prepare their homes with fireproof roofs, vent screens and pruned vegetation. Beyond towns, fire is a natural and necessary component of forest ecosystems and should not be suppressed, she says: "It’s a kind of hubris that humans think they know better than the forest. Forests did fine for millennia without us."

Of all the complaints raised against biomass power, emissions may be the loudest. Burning forest fuels emits 1.5 times as much carbon as coal and three times as much as natural gas, says Chad Hanson, co-founder of the John Muir Project. Even small-scale plants emit pollutants that include mercury, lead and harmful particulates.

For many conservationists, however, such arguments pale in the face of wildfire emissions. In 2018 alone, California wildfires released 45.5 million metric tons of carbon dioxide, more than half as much as the state’s industrial sector emits in a year. "Catastrophic fires are completely swamping the types of gains that California is making by regulating tailpipes and all the other good work we’ve been doing," says Graham Chisholm, senior policy adviser with the Conservation Strategy Group, a natural resources consulting firm.

That reality led Chisholm’s organization to work with Lawrence Livermore National Laboratory on developing improved forestry practices and converting waste biomass to fuels. A key, says a report by the laboratory, is ensuring that the growing amount of waste biomass does not further contribute to California’s carbon releases. That could mean converting the biomass into renewable biofuels or burning it using carbon capture and storage.

Kusel welcomes the innovative focus on both fire and carbon. Electricity is a byproduct of his biomass projects; it helps fund the work but it’s not the reason to do it. "You do it for jobs, yes, but you do it for cleaner air, the ecosystem, and climate change benefits," he says. "That has to be seen as the critical component." 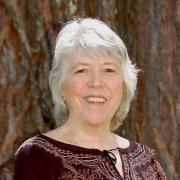 See all by Jane Braxton Little