The following is an extract from "The Trillion Dollar Shift: Achieving the Sustainable Development Goals" by Marga Hoek.

The adoption of the SDGs and the Paris Agreement were, in addition to a call on governments, a message from and for the business and capital world. And the message is clear: businesses and capital must aim to create a positive impact on all the assets of the world. They must contribute to developing an economy that is here for the world, and leave behind the exploitation of a world serving the economy. 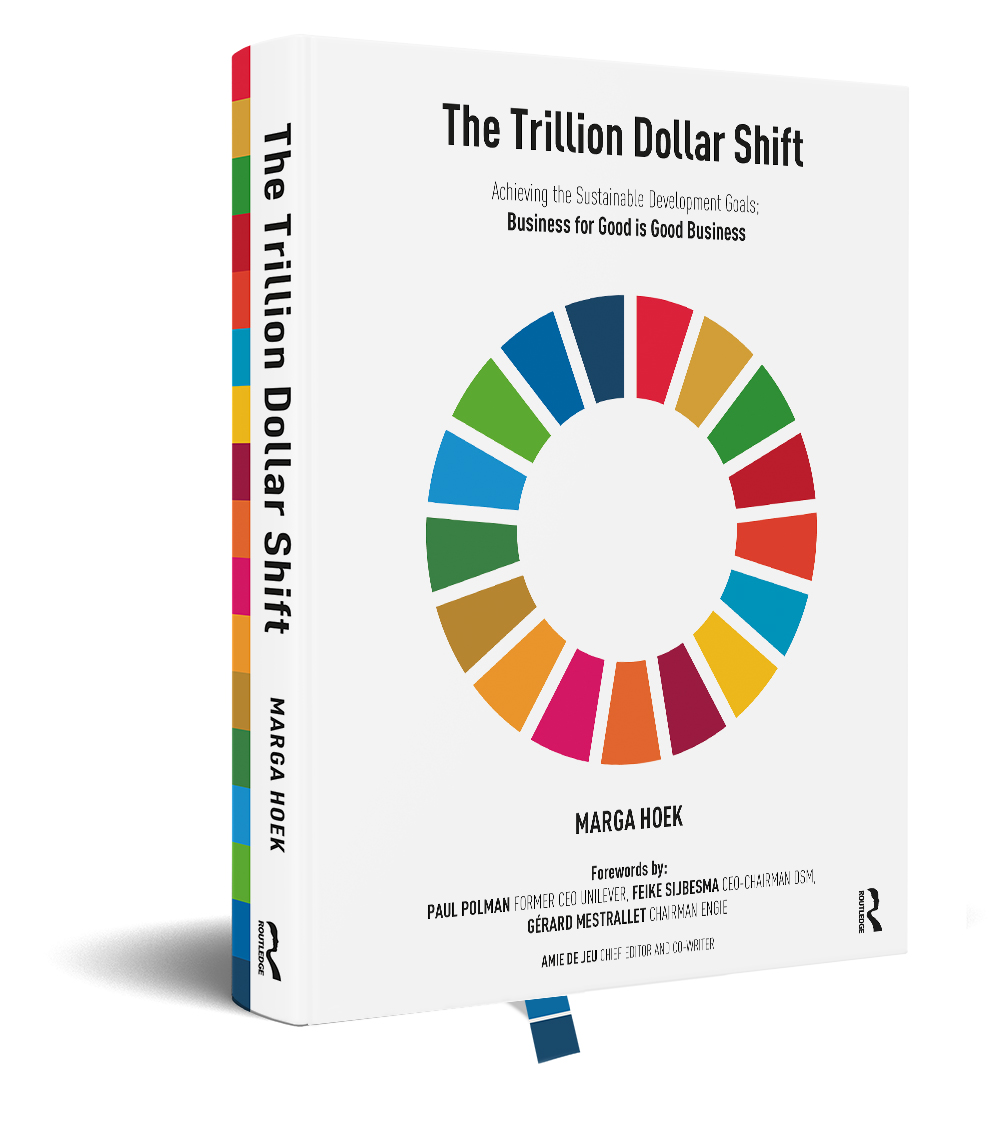 While business has contributed to the mass destruction of our resources, it also holds the key to the solutions. Therefore, the call to business is necessary as corporations are in fact some of the largest economies in the world, transcending borders with far-reaching influence. Responsible business models are good for the world and they can open many opportunities as well. There is simply no reason not to incorporate the SDGs in business and capital strategies, innovations, products and services throughout the supply chains.

The United Nations has specifically urged the financial industry to play a larger role in impact investing with the goal of aiding the SDGs. This too is a necessary call to action as capital plays a pivotal role in driving the world towards achieving the goals. And a significant shift in investment strategy is needed. The financial sector has created a chasm between the economic and real value of money. For years, maximizing the return on investment has been the name of the game and has been an adrenalin rush that has surged through the entire financial sector. This phenomenon, however, is not solely responsible for the economic crises that ensued; the failing economic system as a whole is to blame.

The financial sector has come to the realization that action is necessary and sustainable practices present a great opportunity. Achim Steiner, director of the U.N. Environmental Program, proclaimed 2016 the "Year of Green Finance." During that year, several countries issued strategies for greening their financial systems. China, for example, launched a 35-Point Program with guidelines for establishing a more robust green financial plan. China also became the largest green bond market with issuance of $30.2 billion.

In all, the United Nations estimates that the number of policy measures to green the financial system has more than doubled to over 200 measures across 60 countries.

Leading insurance regulators also decided to work together on how to respond to sustainability challenges like climate change. In all, the United Nations estimates that the number of policy measures to green the financial system has more than doubled to over 200 measures across 60 countries. These policy changes were closely connected with the rapid growth of green finance in the marketplace.

A similar movement can be seen in the traditional shelters of capital: the stock exchange. In 2015, 30 stock exchanges worldwide — including Euronext and Qatar — joined the Sustainable Stock Exchanges initiative, thereby committing themselves to a set of best practices to promote sustainable investment; today that number is up to 56 stock exchanges. Ten years ago, the phenomenon of green bonds didn’t even exist.

China is especially active in the pursuit of their sustainable economic plan. It is based on their concept of an "Ecological Civilization" (ECZ) which steers investment towards endeavors to conserve energy and resources and protect the environment. Researchers estimate that it would take $274 billion to $468 billion of this type of "green investment" each year from 2014 to 2020 to shift the Chinese economy toward an ECZ. All in all, the amount of sustainable investments has increased significantly since 2014. According to the Global Sustainable Investment Review 2016, global sustainable investment assets reached $22.89 trillion at the start of 2016, a 25 percent increase from 2014, with two-thirds of that growth in Europe, and significant strides in China. This movement, together with the unmistakable trend to divest from fossil fuels, makes it clear that there is a shift in the right direction.

A message to and from business

The rise of sustainable business is also visible by the groundbreaking success of the COP21 climate summit in Paris and its successor, COP22. Governments and businesses widely recognize that they share responsibility for what undoubtedly is the greatest challenge in our history: to combat climate change and establish a world economy that is fundamentally sustainable. Over 500 companies and more than 180 investors, representing trillions of dollars in revenue and assets under management, have made more than 1,000 commitments to reduce greenhouse gas emissions. Despite the decision by the U.S. federal government to retract their collaboration with this agreement, nearly every other country in the world has signed on, and remains committed. In addition, individual cities and states in the United States as well as many American businesses also remain committed, and are forming partnerships and significant initiatives to further the goals of the agreement.

Paul Polman put it very well when he aptly said that the Paris summit was "a message to business." And in my opinion, we should also add that it is a message from business. Businesses see the opportunities to unlock markets and innovate. Leading companies are excited to work towards achieving the Global Goals and the Paris Agreement reinforces the SDGs. It is not a surprise that 79 large multinational companies signed an open letter supporting the Paris Agreement and pledging their commitment to do their part in the efforts to curb climate change. And when President Donald Trump withdrew from the Paris Agreement, 25 leading American companies signed a letter urging him not to pull out of this historic accord.

Paul Polman put it very well when he aptly said that the Paris summit was 'a message to business.' And in my opinion, we should also add that it is a message from business.

Although the agreement was originally aimed at governments, many members of the business community see the benefits and potential.

The SDGs are a good compass for the business community to develop sustainable business models in various sectors. Companies in virtually all industries see climate action (SDG 13) as one of the five most important SDGs to act on. If businesses worldwide use their power and scale to positively influence the environment and eliminate negative impacts, then we will be well on our way to achieving the SDGs.

Achieving all of the Sustainable Development Goals by 2030 is an ambitious vision. But it is a vision that offers huge growth potential for business and capital. It is a game changer that requires business and capital to be a driving force. Lise Kingo, CEO and executive director of the United Nations Global Compact, urges business and capital to contribute to the SDGs. Summarizing the part business plays in the Global Goals, Kingo states, "The private sector has the power of innovation and ability to create many of the solutions needed to address the challenges the world is facing today.

"To meet the SDGs, we need to mobilize businesses to scale up their impacts significantly. The private sector will play an essential role in achieving the Sustainable Development Goals. The most important contribution a company can make is to do business responsibly, and then find opportunities to innovate around these ambitious global goals. Smart companies and industries that readily embrace this new agenda will be the leaders of tomorrow.” 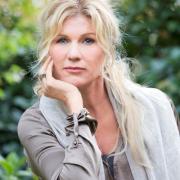 See all by Marga Hoek