The campaigns and hookups you shouldn't miss from CEM7

The campaigns and hookups you shouldn't miss from CEM7

CEM7, known less affectionately as the Clean Energy Ministerial, took over downtown San Francisco this week. As the seventh gathering of its kind, this CEM focused on advancing the sweeping goals made in the Paris Agreement at the U.N.'s COP21 climate talks in December.

Alongside energy ministers from around the globe and forward-thinking officials such as California Gov. Jerry Brown, business bigwigs there included billionaire Tom Steyer of NextGen Climate and Lisa Jackson of Apple. (You'll hear some of them on our GreenBiz 350 podcast.)

Here are important calls to action that offer opportunities for those pushing for a low-carbon energy future. Work in corporate sustainability? We're looking at you.

What: This is no less than a call to revolutionize air conditioning, challenging business and governments to chill its climate-warming effects. It's a call for more energy-efficient air conditioning systems that use fewer greenhouse-gas-emitting hydrofluorocarbons.

Why it matters: Air conditioning is booming around the world, with 1.6 billion new air conditioners set to come online by 2050, according to an October report from Lawrence Berkeley Labs.

Said the Clean Energy Ministerial: "Improving the average efficiency of air conditioners sold in 2030 by 30 percent could reduce emissions by up to 25 billion metric tons of CO2 over the lifetime of the equipment and reduce peak electricity demand by as much as 340-790 gigawatts. This is equal to erasing the annual emissions from 1,550 coal-fired power plants."

What: The goal is to get even more companies to move to cleaner sources of energy. In addition to driving more organizations to adopt renewables and support strong policy, this effort aims to develop a "Remade" label "to assure consumers that companies are delivering" on their energy commitments.

Why it matters: The more, the merrier. The official word: "Solar and wind are increasingly cost-competitive energy sources, yet many companies are unaware of the benefits of locking in these low costs for years to come. The campaign will help spread the word beyond large multinational organizations and across CEM countries." 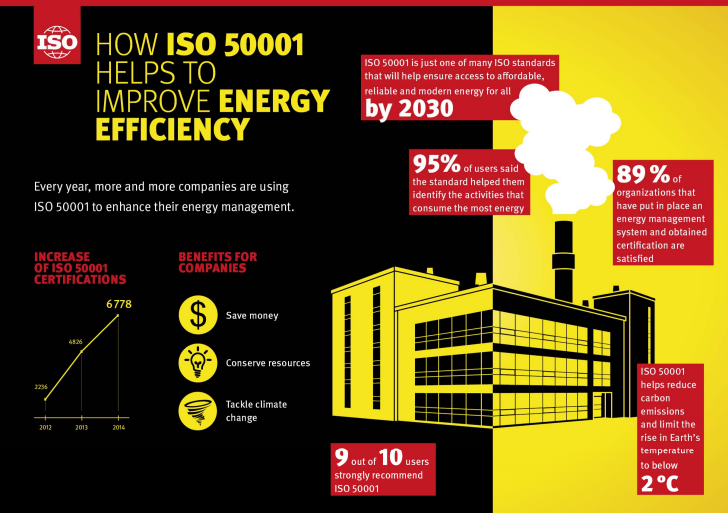 What: Have you no standards? It's never too late. This campaign seeks to enlist no less than 50,001 leaders in industry and government to adopt ISO 50001 on energy management systems by 2020.

Who: The Energy Management Working Group of the Clean Energy Ministerial is leading this effort. It just recognized energy transformations by Cummins, LG Chem's Ochang Plant in Korea and New Gold's New Acton Mine in North America.

Why it matters: Since the late 1940s the International Organization for Standardization of Geneva, Switzerland, has been, well, the standards bearer for safe and reliable products. Its ISO standards are increasingly seen as a powerful tool against climate change.

What: Here's a progress report on a bright challenge from COP21. The call: Get 10 billion LED bulbs in place around the world ASAP. The progress, six months in: Eight billion LEDs are pledged, with 100 million already at work.

Who: This private-public coalition counts some 40 governments, companies and other groups. To note: Cleveland Clinic and MGM Resorts International are retrofitting old tubes and bulbs. Washington state is boosting its energy code with new lighting requirements. Philips Lighting said Wednesday it will sell 2 billion LEDs in the next five years.

Why it matters: More efficient lighting is among the lowest of hanging fruit in energy. LEDs last longer, shine brighter and use 75 percent less energy than old incandescent bulbs, according to the Department of Energy.

Kristina Skierka: Achieving power for all

CEM7 video: Achieving power for all