<p>A few companies across the aviation sector have signed on to the idea of using sustainable fuel -- Boeing is among them. But to be able to use it effectively, an industry-wide commitment is needed.</p>

How realistic is the concept of a passenger plane flying with biofuel? There’s been a lot of buzz around the topic lately. GreenBiz recently reported on an upcoming publicity stunt – where a small private aircraft is expected to fly the 10,000 miles from Australia to the U.K. using only fuel made from plastic waste.

But a lot of mainstream commercial air carriers are beginning to consider biofuel in earnest. British Airways will reportedly break ground on a plant in greater London before the end of the year. It had plans to begin using biofuel in its air fleet starting in 2014 when the airline announced a partnership with Solena to build Europe’s first sustainable jet-fuel plant.

Germany’s Lufthansa, meanwhile, recently signed a collaboration agreement with Australian-based Algae-Tec to build a large-scale, algae-to-aviation fuel production facility somewhere in Europe. Lufthansa is agreeing to purchase at least half of the biofuel produced.

European airlines are looking towards biofuels to help them comply with European Union standards. The EU has imposed a limit to CO2 emissions from any flights arriving at or departing from EU airports.

Image of paper airplane by Walaiporn Yotharat via Shutterstock.

It’s one thing to demand cleaner fuel. But it's another thing altogether to be able to use it effectively. This is a challenge for aircraft builders. Darrin Morgan, director of sustainable biofuel strategy for Boeing’s (NYSE: BA) commercial airplanes unit, told GreenBiz via email that his company hopes “to have these fuels available and in regular use as soon as possible.”

He adds that Boeing has set a goal of helping the greater aviation industry have one percent of its annual aviation fuel use come from biofuel sources by 2015. That sounds small, but Morgan notes that figure would be equivalent to about 600 billion gallons of fuel – and would likely need up to five production facilities.

“Boeing’s role,” he said, “is to accelerate market development along, so that aviation biofuels become a reality as quickly as possible, but sustainably and at an economic price point.”

Most of the costs of developing these alternative aviation fuels, according to Morgan, are associated with feedstock-related agronomics – and making sure those feedstocks are grown with the backing of proven scientific data. Boeing is working on projects in several countries, Morgan said, to help “guide regional roadmaps that bring the right stakeholder groups together to identify plausible feedstocks and eliminate the guessing that dominated first-generation biofuels for ground transport. We want to avoid making those same mistakes.”

And the trend towards biofuel is growing across the aviation industry. Several dozen airlines have signed on as members or affiliates of the Sustainable Aviation Fuel Users Group (SAFUG). Morgan says the goal of developing a sustainable aviation fuel supply is being pursued at the CEO-level in these companies.

“SAFUG members now total 26 of the world leading airlines, who make up approximately 32 percent of commercial aviation’s annual fuel use,” he said. “That’s powerful. Other leading airlines are committed as well, and have signaled their willingness to use biofuels…if they can be developed sustainable and economically. If you look closely you will see that we’re working with engine companies, airlines, and NGOs to make sure we do this right.” 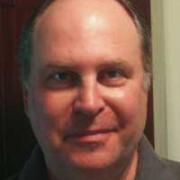