Editor's note: This article originally appeared at Ecosystem Marketplace and is reprinted with permission.]

Matthew Hurteau has spent much of his career examining the relationship between a forest’s structure and its tendency to burn. An assistant research professor and forest ecologist at the University of Northern Arizona, he recently took a look at forests that have been managed to reduce tree crowding and remove dead wood, and compared them to forests that had been left alone. He wanted to see if trimming a forest reduced the amount of carbon it pumps into the atmosphere during a fire.

“The research I’ve done with my colleagues suggests there’s a substantial reduction in the risk of carbon stock loss due to fire,” he says. “However, if you treat an area that never burns, you reduce the carbon stock and there’s no avoided emissions benefit.”

And that, he says, presents a challenge when trying to determine whether carbon payments should be used to trim forests and reduce emissions from forest fires.

“With regard to wildfire mitigation treatments in frequent-fire forests we’re really talking about tradeoffs between maximizing the carbon stock and stabilizing it,” he says.

It’s no idle question, because wildfires in the United States have become larger in area and more severe, with a record-breaking number of fires and acres burned in 2006. In the last 10 years, these fires have consumed more than 49 million acres of forest in the United States alone, and federal agencies have spent more than $8.2 billion fighting them.

With these uncharacteristically large and intense fires come unprecedented greenhouse gas emissions. A recent study by researchers at the National Center for Atmospheric Research examined the relative size of these wildfire emissions compared to the industrial sector’s emissions, and found that a severe fire season lasting only one or two months can release as much carbon as the annual emissions from the entire transportation or energy sector of an individual state. In another study, the West Coast Regional Carbon Sequestration Partnership (WESTCARB) identified emissions from fire as the single largest source of GHG emissions from land use.

The burning question here is: Can GHG emissions from wildfire be reduced by forest management, and if so, could tapping into the emerging carbon markets help provide much-needed funding for wildfire prevention activities?

Numerous recent scientific studies have emerged on this issue in recent years, and different research methodologies have yielded different results. However, the general consensus that now appears to be emerging from researchers is that without new technologies or enhanced techniques for managing forests and predicting the location of future wildfires, the potential to reward landowners for avoided emissions is minimal.

The modern wildfire crisis can be traced back more than 100 years. Responding to the Great Idaho fires of 1910, a national policy to control and extinguish forest fires as quickly as possible was rapidly developed and has dominated the land management arena at the state and national level ever since.

What this policy missed was the critical current knowledge that wildfires, when allowed to burn, play a key natural role in preventing the types of forest conditions that lead to the scale of fires we are seeing today. The exclusion of fire in many dry western forests is now lined up with several other factors to produce an environment ripe for catastrophe.

In addition to widespread fire suppression, Dominick DellaSala and colleagues at the Geos Institute published research in 2004 finding at least four other human factors have contributed to the crisis:

All of these factors combined have altered the fire regimes of many dry forest types, resulting in a shift from frequent, low severity fire to infrequent, high severity fire.

Beyond the direct role of humans in provoking fire, man-made climate change is also taking a toll. Dominick Spracklen and Tony Westerling have each published research painting a grim picture for Western forests in the face of climate change. Conditions such as earlier spring snowmelt, drought and high temperatures are all predicted to increase, all of which in turn set the stage for more fire. Based on a conservative estimate for a temperature increase of 1.6 degrees Celsius over the next 40 years, Spracklen has predicted the area of forest burnt by wildfires in the United States is set to increase by over 50 percent by 2050.

Pilot projects have recently suggested that strategically placed treatments on as little as 20 to 30 percent of the landscape can be effective in reducing the threat of crown fires and other severe wildfire behavior by 90 percent. Mark Finney of the Missoula Fire Lab in the Rocky Mountain Research Station leads this research, and his findings suggest that fuels reduction treatments can be arranged to interrupt the forward spread rate of a potential fire. This innovative approach also allows treatments to be carefully adjusted to have minimum impact on wildlife habitat, to reduce negative watershed effects, and to shape recreational areas.

US Forest Service researcher Jeffrey Borchers sees several reasons these strategic fuel treatments have not yet become an integral part of fire management planning, mostly stemming from managers’ aversion to risk and demand for certainty. New technologies represent revised business processes, new analytical software and workforce re-education, all of which are an expensive initial investment. What’s more, the fuels treatments themselves are also costly to implement, and under current forestry directives, land managers are encouraged to design treatments that capture the most acreage: Big units that burn a lot of acreage cheaply and easily.

With a tightening belt on many federal agency budgets, the money to roll out the new advances in science to fight forest fires is very hard to find. It’s no surprise then that several inquisitive congressmen and forest managers have started hunting down trails to other sources of funding.

Back during the days when grand ideas of climate policy still danced in the heads of Washington politicians, several western politicians articulated a new reason to fight wildfires: their carbon emissions. At a November 2009 hearing in the Senate Subcommittee on Public Lands and Forests, senators from Oregon, Montana, New Mexico and Idaho described the plague of fires and discussed the potential role for federal forest lands to play in the fight against climate change. Oregon Senator Ron Wyden was already connecting the dots. “Thinning federal forests and restoring their health will also help protect them from insects, disease and unnatural forest fires which release still more carbon into the atmosphere. Healthy forests lock up carbon dioxide through sequestration and provide an opportunity to create carbon offsets,” he said.

The idea of preventing wildfires has numerous appeals, and though the possibility that it might also reduce greenhouse gas emissions may seem trivial compared to other benefits, the rapidly growing market incentivizing emissions reductions in the forest sector has raised a glimmer of hope that the cash for wildfire treatments may be on the way. But before the businessmen would show up to write out the checks, scientists first needed to resolve the tricky issues of if these treatments actually reduce emissions, and if so, by how much?

Speaking before the Senate panel, Dr. Bev Law, a forest scientist from Oregon State University explained the balancing act scientists were still in the process of studying. “Most of the live and dead wood is not consumed in wildfires, contrary to common belief, even in high severity fires. Fuel reduction can be effective in reducing fire severity, however it comes at the cost of reducing carbon sequestration, so there are tradeoffs,” she testified.

Calculating the carbon balance is a complex undertaking, especially with regard to the effects of wildfire mitigation. The basic calculus revolves around comparing the carbon costs of actual fuel treatments to estimated changes in emissions for future wildfires whose locations and timing cannot be confidently predicted.

In order to generate carbon offsets within current markets, there needs to be an assurance of project permanence over a specified time period. But wildfire occurrence is driven by the weather and fuels and is therefore probabilistic in nature. Emissions modeling and inventories have improved over the past few decades such that researchers are able to set reasonable bounds on the carbon consequences of wildfire mitigation. But important questions about carbon costs of fuels reduction projects remain.

According to John Campbell, a post-doctoral forest ecologist and colleague of Dr. Law at Oregon State, two of the most important variables dictating the carbon costs of fuels treatments are the rate at which forests regenerate following wildfire, and the longevity of fuel treatment efficacy. A better understanding of these two parameters would go a long way toward improving the carbon cost-benefit analysis.

There have been numerous studies on this carbon cost-benefit analysis that report different results. Challenged with developing a rigorous methodology to quantify baseline emissions from wildfires, project emissions from fuel treatments, and the estimated project carbon benefit, Winrock International and the WESTCARB Fire Panel prepared a report for the California Energy Commission in 2010. This report was based on workshops with carbon and fire experts, numerous consultant activities, and field measurements of hazardous fuels treatments in Shasta County, Calif., and Lake County, Ore. Their goal was to create a forest carbon accounting framework that could be applied in different ecosystems, thereby streamlining the process of wildfire emissions estimation and providing the kind of informed science that could direct forest carbon policy.

The WESTCARB report showed in most ecosystems of western states, fire risk in any given location is relatively low (less than 0.76 percent per year), and consequently the (baseline) emissions from the area that would have burned in the absence of project activities, are therefore low. This is in contrast to fuel treatment emissions, which occur across a relatively broad area in order to intersect with an unknown future fire location.

The authors of this report take a fundamental stance that the expected benefit of avoided wildfire emissions should be determined as an average including the most common scenario where no wildfire reaches the stand. What this means when the numbers are crunched though, is that if a fire never reaches the treated stand, there is no avoided CO2 emissions benefit to be had.

In contrast, other authors have made different assumptions about wildfire occurrence in their modeling framework. For example, Hurteau and Wiedinmyer’s 2010 study concluded that prescribed burning could reduce fire emissions in the western U.S. by 18-25 percent. The authors’ findings were based on the complete replacement of wildfire with prescribed fire, implicitly assuming that low-intensity prescribed fire could somehow prevent and/or substitute for 100 percent of all wildfires.

It is clear that before carbon credits can be awarded for different large-scale fuels reduction projects, an expansion of research is required to more fully understand carbon storage and emission trade-offs associated with management practices on the landscape. Scientific uncertainties confound efforts to constrain carbon fluxes with monitoring and modeling techniques.

It is well established that fuel treatments are effective at reducing the severity of future fires, and are critical for enhancing forest health, maintaining wildlife habitat and reducing risk to life and property. For now, it looks like fuel treatments can still be designed to minimize emissions through strategic arrangement and implementation but will have to do so without financial support from the carbon market for the foreseeable future. 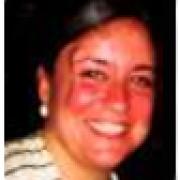 See all by Carolyn Hight