Biomimicry 3.8 co-founder Janine Benyus reflects on the launch of a pilot program with carpet maker Interface to see if a factory can generate the same ecological benefits as a forest.

In her recent Living Future unConference 2015 keynote address, author and biologist Janine Benyus presented the vision of a built environment that is functionally indistinguishable from the “wildland next door” and announced that Interface, the world’s leading carpet tile manufacturer, will be taking on this call to action in a pilot project called “Factory as a Forest.” 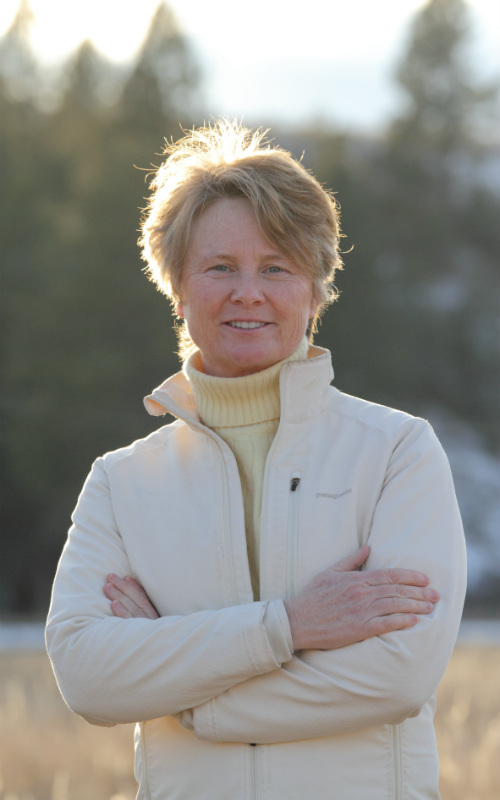 With the pilot project recently launched, Benyus talked about the project’s vision, where it comes from and where she anticipates it will go.

Bart King: Janine, what is the vision for the Factory as a Forest pilot project?

Janine Benyus: For too long, the idea that human development could function like an ecosystem has been a metaphor, a qualitative concept. What we’re trying to do now with Interface is make it a quantifiable design effort that is locally informed. At Biomimicry 3.8, we call this Ecological Performance Standards (EPS). We know that ecosystems produce free services like water storage, nutrient recycling, pollination, clean air and water, etc. But how much per acre? And can we meet or exceed this to perform like a forest? This is a multilevel biomimicry — consulting nature as measure as well as model.

This is very much tied to Ray Anderson’s sustainability vision for his company, Interface, to function in a way that has no negative impact on the ecosystem, and it ties to the way in which he thought that vision could be realized, by acting locally. He called it “brightening the corner where you are” and sought to have Interface start its journey by acting locally. Given our history with the company and this alignment on our visions, they seemed like a great partner for the pilot.

By setting goals for generosity through EPS, we’re enhancing the definition of what it means to be a good community member.

It’s one thing to say that a company offers a great place to live and work, but can they enhance the surrounding community by giving back in the form of ecosystem services? Can a factory clean as much air and water as the local ecosystem? Can it sequester as much carbon, cycle as many nutrients, slow as much floodwater and build as much fertile soil?

When Interface finds a way to mimic the forest next door, it will be known as a company that comes into a community and makes it a more lush and livable environment.

King: What is the Ecological Performance Standards approach exactly?

Benyus: This Ecological Performance Standards approach is about measuring the quantities of free benefits produced by the ecosystem, which is like the exhale or the signature of the ecosystem. The ultimate goal of this endeavor will be to measure the “Interface effect” or what Ray Anderson called the “I” for impact, which has now gone from measuring reduction of negative impact to measuring the growing positive impact.

There’s a movement among future-facing companies to do environmental profit and loss (EP&L) accounting that reports on environmental impacts generated in the course of doing business. Puma is a pioneering example of an organization taking on this EP&L initiative, for instance, measuring exactly how much clean water—a gift from healthy watersheds--it takes to make its shoes. With this pilot project, Interface is focusing on growing the “P,” the ecological profit, of this type of accounting. How much clean water can Interface produce for its watershed? 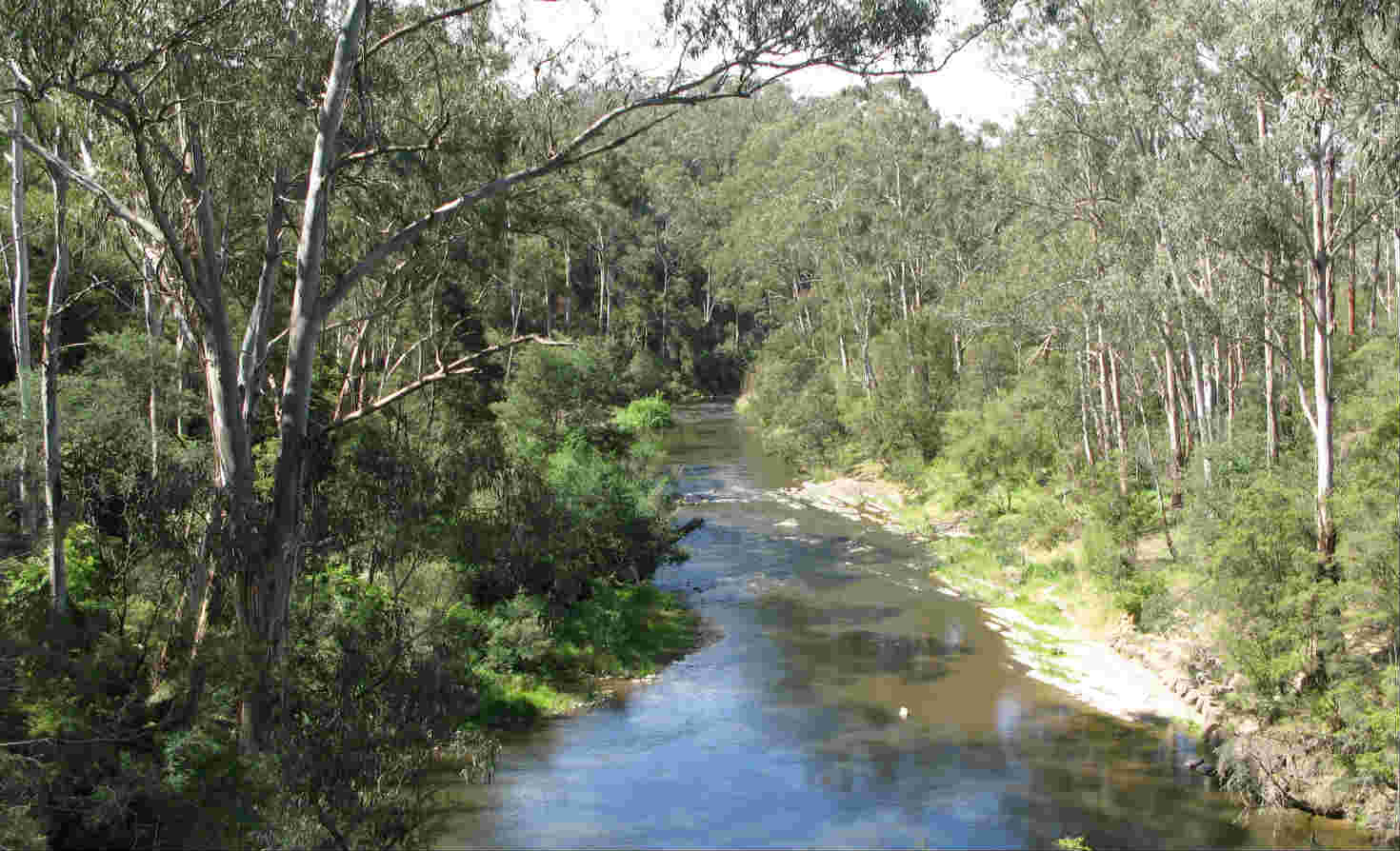 The key here is the word “performance” because performing like a forest is our design goal. We start this process by identifying and studying a reference habitat for the project’s location. We need to understand what keeps it healthy, what are its tipping points, or key slow variables, what are the keystone elements of the ecosystem, etc.

For example, in Interface’s case, we have identified the reference habitat for the project site as being the beautiful, not to mention endangered, eco-region called the River-Flat Eucalypt Forest on Coastal Floodplains.

Once our team understands the critical ecological dynamics at play, we begin linking them to quantifiable ecosystem services and we measure how many beneficial services the reference habitat produces each year per acre.

We then apply these per-acre performance goals to the factory, challenging the building, the manufacturing metabolism, and the landscaping to meet or exceed reference habitat metrics. Here’s where it gets creative for every factory employee. Over a series of years, how can we close the performance gap between the services of the factory and the services of the reference habitat? In this way, Ecological Performance Standards become a powerful innovation framework, just like Mount Sustainability was for Interface. When you start counting what really counts, creativity finds its purpose.

Take water purification as an example. In order to meet the ecological performance of the reference habitat, the design response may be encouraging behavioral changes in water usage, purifying the water through wetlands and roof gardens, catching the water, innovatively managing the effluent of the facility and so forth. This will use both existing and new design and engineering tactics, arranged in an ecological composition. Then, the design benefits start cascading with real impacts to human health and well being. As the factory gets “healthier,” so will the employees. Imagine having lunch on the rooftop gardens, overlooking the wetland migratory corridor.

We are very motivated to see the dynamics of this ecosystem type come back to life at the Interface facility because a forest does more than support itself; it actually exports benefits.

King: Biomimicry 3.8 has a long-standing relationship with Interface as a company that is truly willing to be innovative to break through barriers to Mission Zero. What is Interface’s role in this pilot project? What makes them a good partner to work with on this one?

Benyus: Ray Anderson and Interface have been pioneers in sustainability for a long time and the concept of a factory working like a forest is one of the earliest conversations I had with Ray when I joined their Eco Dream Team. This is a huge aspirational goal, but Interface is no stranger to big goals. Now, with the Ecological Performance Standards approach, we can bring that original vision to life in a real way. This is a natural extension of what Interface has been doing towards Mission Zero — this is the Net Plus side of that continuum. 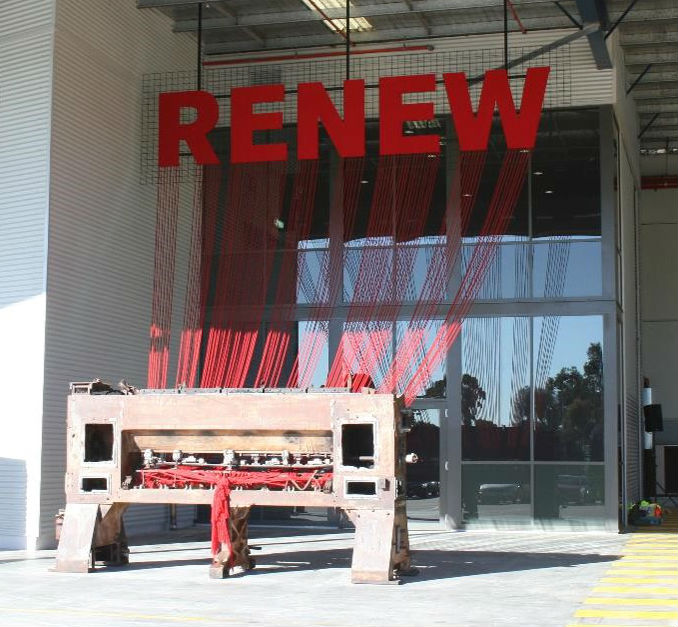 Interface helped perfect this idea of setting a hugely aspirational goal, creating the work plan and milestones towards that goal, and then measuring impact — they are first movers that pave the way for other carpet companies and for business sectors that go way beyond carpet. As always with first movers, there is a lot of learning.

So, Interface is a company that is willing to roll up its sleeves and be the first to put new ideas into place, like we’ve seen them do with the Net-Works initiative to recycle waste fishing nets, and that’s what makes them a great partner for this pilot project.

King: From your perspective as this pilot project is launched, what does success at the end of the pilot look like?

Benyus: Success is that we keep pioneering and taking the next step toward Ray’s vision for Interface as a company and move ever closer not only to Mission Zero, but beyond into mission generous. Our shared vision of success for this pilot with Interface is to produce short-, mid-, and long-term goals for bringing their chosen facility up to level of performance of their own wildland next door.

At Biomimicry 3.8, we know the methodology for finding the ecological performance metrics — the question that excites us now is how can we support Interface in mimicking nature’s generosity? How can we brighten every corner?

See all by Bart King