Can China become a powerhouse in green manufacturing?

China has been ramping up its green manufacturing initiatives, with both Shanghai and Beijing announcing new efforts.

In early June, Shanghai announced that the city actively will promote green manufacturing initiatives in an effort to move toward a greener, more sustainable industrial sphere. The announcement was a precursor to Shanghai Energy-Saving Publicity Week that same month — a campaign linked to the themes of "saving energy, reducing consumption and safeguarding the blue sky."

The new program aims to reduce emissions, save energy and reduce overall environmental impacts. So far, the city has committed to setting up 10 green supply chains, 20 green industrial parks and 100 green factories by 2020, and create a new system for eco-friendly manufacturing standards and assessments. Shanghai is also aiming to cut energy used per unit of gross domestic product (GDP) by 3.6 percent this year.

In Beijing, the country’s capital, 1,000 manufacturing firms will be shut down by 2020 as part of an initiative to reduce smog and raise income in the areas surrounding industrial hubs. This will be done by focusing on high-tech, advanced industries, as reported in the Communist Party paper People’s Daily. The city has shuttered or relocated 2,465 traditional manufacturing facilities so far, and 19,5000 companies have been rejected for registration.

Beijing also plans to relocate all manufacturing and heavy industry companies in the future and some government departments and schools will be moved to Xiongan, Hebei’s new economic zone, in order to reduce overcrowding and spread out the country’s wealth.

China may require outside technology to reach the ambitious sustainability goals it has laid out.

This initiative also aims to improve coordination between the jurisdictions of Beijing, Hebei and Tianjin, which have been competing intensely for years, resulting in wasted resources, heightened levels of smog and overcapacity.

The bigger picture: Made in China 2025

These environmentally friendly manufacturing initiatives are part of a bigger plan to position China as the world’s leading manufacturing country while also joining the global transition to a more eco-friendly economy. This comes on the heels of the trade war playing out between the United States and China, which spurred the latter country to embrace a new innovation goal: "Made in China 2025" (MIC 2025).

Facing a dearth of cheap labor and fearing fierce competition in the realm of industrial robotics at which it excels, China is aiming to establish dominance in artificial intelligence (AI), automation, robotics and sustainable technologies. MIC 2025 (PDF) stated, "Manufacturing in China is facing severe challenges from this ‘two way squeeze’ between developed and developing countries."

The effects of China’s polluted environment

Regardless of the motives, the new green initiatives certainly are not without reason: China remains the world’s biggest carbon emitter, with 9,040 million metric tons every year, or 28 percent of global fuel combustion. By comparison, the United States emits 4,997 metric tons annually.

A recent study put out by a team of 40 scientists — including one from Beijing’s Renmin University — showed that 1.8 million people in China died as a result of environmental pollution in 2015 alone. This makes up 20-22 percent of all deaths in a single year. Most pollution-related deaths were among minorities and marginalized people.

While China’s new high-efficiency, sustainable manufacturing goals sound promising, it remains to be seen how the new plans actually will play out and how effective they will be.

For instance, China has the highest renewable energy capacity in the world, with 289 gigawatts (GW) of installed solar and wind capacity, compared to the United States’ 121 GW — that's 139 percent more capacity than America. In spite of this, China produced only 38 percent more electricity than the United States in 2017. Many analysts say this is largely due to the general inefficiency and poor quality of the country’s equipment, transmission distances and site selections.

China also may require outside technology to reach the ambitious sustainability goals it has laid out. It will be interesting to see how the United States responds to these green initiatives and how other advanced nations will navigate these changes in today’s ever-shifting trade landscape. 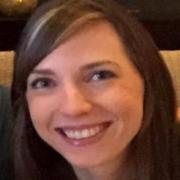 See all by Helen Carey