Biodiversity and ecosystem services (BES) — in other words, those natural systems that underpin our economies, well-being and survival — face threats that are increasing in number and severity.

Our planet on life support

Pressured by mega-forces such as human population growth, overconsumption, habitat destruction and carbon emissions, species are going extinct at unprecedented rates. The World Wildlife Fund estimates that between 1970 and 2010, populations of mammals, birds, reptiles, amphibians and fish around the globe dropped 52 percent. And over the next century, we stand to lose half of all global species.

Much of the value that BES provides to business and society goes unaccounted for. UNEP-FI (PDF) estimates that in 2010, the cost of environmental damage to the global economy hit $6.6 trillion — 11 percent of the global GDP. At this rate, environmental damage will amount to $28 trillion by 2050. Notably, one-third of global environmental destruction (equivalent to $2.2 trillion) was carried out by the world's top 3,000 public companies.

Between 1970 and 2010, populations of mammals, birds, reptiles, amphibians and fish around the globe dropped 52 percent.

But it is not too late to resuscitate environmental ecosystems. In 2015, almost 200 nations agreed on ambitious goals for sustainable development and climate neutrality. The United Nations’ Sustainable Development Goals (SDGs) and the Paris climate agreement represent a historic opportunity to improve the lives of billions of people while securing a positive environmental legacy.

The Paris Agreement and the SDGs both recognize the private sector’s importance in solving the planet’s ecological crisis, a theme reinforced at the second annual Bloomberg Sustainable Business Summit last week. For its part, the private sector looks ready for the challenge.

The 2016 United Nations Global Compact-Accenture Strategy CEO Study reveals that CEOs today see a mandate to solve societal challenges as a core element in the search for competitive advantage. The majority of CEOs surveyed (87 percent) believe the SDGs provide an opportunity to rethink approaches to sustainable value creation — and 78 percent already have identified opportunities in which their core business can contribute. That is a sea of change from 2013 research results.

Increased competition for scarce natural resources, coupled with rising green consumerism, is compelling businesses to mitigate their environmental impacts, for instance by issuing corporate-wide BES strategies or engaging in biodiversity markets. More recently, however, corporates have begun to not only work through, but indeed grow from, the pain. The resulting innovations are both economic and ecological successes:

Of course, individual organizations embarking on this journey will do well to partner and collaborate with peers and allies in industry, government and the civil sector. For this we can look back on the Sustainable Development Goals and Paris Agreement for guidance, and use the outcomes of future environmental conferences with resolve. 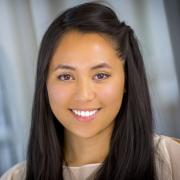 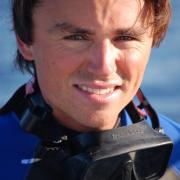 From whether to how: Creating the sustainable organization of the future