Can the EPA catalyze corporate action on natural capital?

Over the past decade, ecosystem services — the benefits humans derive from nature — have received increased attention as a way to measure and integrate these benefits into corporate financial and strategic analyses. The U.S. EPA Final Ecosystem Goods and Services Classification System, released in 2013, removes many bottlenecks that kept ecosystem services from becoming an integral part of corporate decision-making.

Compared to older systems, EPA’s framework is easier to use, minimizes double counting, improves materiality analysis and aids in stakeholder engagement. Its ability to link with and improve environmental valuation makes it a natural choice for corporate natural capital accounting. Because it is poised to become standard practice, companies that adopt this system likely will reap many benefits.

From groups of services to a system

Many aspects of “ecosystem services” and “natural capital” have been part of the business lexicon for years. Whether securing raw materials or minimizing operational environmental damage, risks and opportunities related to natural capital are firmly rooted in business processes.

This new classification system eases the integration of ecosystem services into corporate decision-making by being less confusing than alternatives.

First, it focuses on the trade-off points, which minimizes double counting. In agriculture, for example, other classification systems might measure insect pollination, soil carbon and the provision of the crop itself. This may not be an issue when doing biophysical measurement for crop management. But in ecosystem valuation, the crop’s value already contains regulating services, such as pollination and soil carbon. EPA’s classification system drives the valuation’s focus to the benefits ecosystem services provide the user, such as how soil nutrients contribute to a farmer’s crop production. This eliminates double counting of multiple points in the ecological production function, such as pollination. In addition, it removes values from the economic production function, such as the production of seeds.

The focus on trade-off points also should improve understanding of ecosystem services among interdisciplinary teams. It forces the use of readily understood environmental aspects. This will also improve stakeholder engagement as companies use clearer environmental terms, such as "water for municipalities."

Second, the system requires beneficiaries be classified when defining the ecosystem services. Therefore, "water for a municipality" is classified differently from "water for manufacturing," even it if comes from the same waterbody. Making this classification at the start of analysis is likely to speed the identification of the appropriate valuation approach and biophysical measure. At a minimum, this should make budgeting and planning more accurate while drawing more attention to human wellbeing.

Finally, EPA’s classification system allows ecosystem services to be more easily integrated into existing business processes. Regulatory compliance processes typically measure pollution, for example, such as nitrogen and copper levels in water. Because EPA’s classification system focuses on pollutants’ effects on human wellbeing, such as the impact of nitrogen to fish catch, most firms will find little overlap between it and other metrics used in compliance processes.

Additionally, strategic planning and sustainability goal-setting processes use environmental metrics similar to final ecosystem goods and services, such as water used by the company. And reporting processes, such as those advocated by GRI, use metrics found in both regulatory and strategic business processes. EPA’s classification system should help managers distinguish among these differences, allowing firms to more clearly demonstrate how sustainability programs improve human wellbeing.

The adoption of EPA’s classification system likely will come through voluntary private use and government mandate. But already there are examples in the marketplace.

Grupo Argos’ environmental baseline assessment near Cartagena, for instance, provided a basis for organizing research and yielded compelling risks in its development plans. The assessment lead, Ecoral, found the method more effective than other alternatives.

Conservation International’s pilot Ecosystem Values Assessment and Accounting Project in Peru plans to use the framework to harmonize relevant ecosystem services classifications to the International Standard Industrial Classification System. This will allow values to be directly incorporated into national accounts, showing how ecological changes affect the broader economy.

EPA is developing a National Ecosystem Services Classification System that builds on the final ecosystem goods and services concepts. Its Office of Air and Radiation intends to use the system to identify and organize ecosystem services impacts in the review of the Secondary National Ambient Air Quality Standards for oxides of nitrogen and sulfur.

The improvements made to EPA’s classification system provide managers a more effective framework for integrating ecosystem services into corporate decision-making. Managers will gain first mover advantage by exploring it during this growth period. 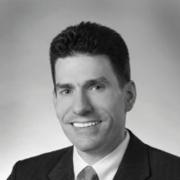 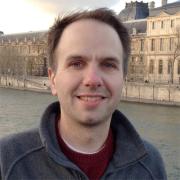 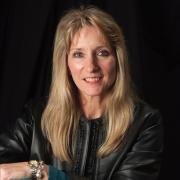 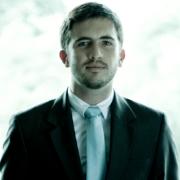 200-Plus Companies Seeing the Value of Ecosystem Services

See all by John Finisdore