2021 has been a scorching year for extreme heat events across North America — cities across the usually temperate Pacific Northwest reached temperatures as high as 117 degrees Fahrenheit in July.

Across the border into Canada, temperatures in Lytton, British Columbia, broke the country’s all-time national high temperature with a high of 116 degrees F in late June. The region broke its own record again the next day when temperatures soared to almost 120 degrees F. Residents in both nations died as a result of the heat: 16 heat-related deaths were confirmed in Seattle, and British Columbia reported 486 sudden deaths, three times more than usual for this time of year, according to Yale Climate Connections.

Even cities accustomed to humid summers are struggling with heat. Consider Miami. The city’s heat index reached 108 degrees F, the highest since August 2015. In response to the increasing frequency of heat-related events, Miami-Dade County this spring appointed its first chief heat officer, Jane Gilbert — the first such position appointed in the United States, a step the Florida count took to help safeguard vulnerable communities.

"Increasing heat has already created serious problems, including stronger hurricanes, life-threatening conditions for farmworkers, and more," Miami-Dade County Mayor Daniella Levine Cava said in an email to GreenBiz. "Heat does not impact all communities equally and especially threatens vulnerable populations. Hiring the world's first-ever chief heat officer is an important step forward to innovate and adapt to protect people and save lives."

Before her transition to the chief heat officer, a position she has committed to for a year, Gilbert was the city of Miami’s first chief resilience officer (CRO). Her work in that role encompassed a variety of issues that intersected with climate change issues such as extreme weather and sea-level rise. For several years she developed and implemented the city’s resilience strategy. Gilbert explains that in her previous role, heat wasn’t the initial concern when making connections between the climate crisis, public safety and city planning.

Hiring the world's first-ever chief heat officer is an important step forward to innovate and adapt to protect people and save lives.

"Miami is known internationally for its risk for coastal flooding and sea-level rise," Gilbert said. "When I was CRO and was doing outreach in neighborhoods, showing people maps and discussing how climate change is impacting their neighborhoods ... related to sea-level rise, storm surge, storm events and heat — heat came up a lot as a big concern and experience concern particularly in our lower-income, historically disadvantaged, discriminated-against communities."

She said that there are a large number of outdoor workers across Miami-Dade county’s 43 municipalities and that long-term health impacts could hurt worker’s ability to make a living if they are at risk of heatstroke or shifts are constantly rescheduled during heat waves.

Workers in outdoor industries are not the only concern when creating plans and partnerships that mitigate the dangers of extreme heat. According to a 2018 study, especially hot summers slow down economic growth throughout the U.S. Data in the study showed that annual economic growth falls "0.15 to 0.25 percentage points for every 1 degree Fahrenheit that a state’s average summer temperature was above normal."

As part of her work, Gilbert will work on collaborations across agencies to address the disparity in how heat affects Miami-Dade residents and their overall quality of life for those most affected by current and future extreme heat events.

"We have such high air-conditioning penetration, and [Miami doesn’t] have huge fluctuations in heat, so most people are pretty accustomed," Gilbert said. "[There are] people that are more vulnerable … it's people who have to take public transit and have to go to a bus stop that isn't shaded."

Gilbert said she is in the early stages of working with the Parks Department on tree planting initiatives to provide better tree canopy coverage throughout the county. Her work will also include other forms of educational outreach, training programs for disaster response teams to understand extreme heat and updating local strategies that will allow Miami to request more funding from agencies such as the Federal Emergency Management Agency for infrastructure projects that will note extreme heat as a potential hazard — just like other public health and safety hazards.

Katie Walsh, the Carbon Disclosure Project’s (CDP) head of cities, states and regions for North America, emphasized that focusing on extreme heat events and the public health and economic effects of resilience planning should be a priority for elected officials in all cities.

"Hot weather is dangerous … climate change is only going to worsen so cities across the United States are taking on the challenge of protecting citizens from the effects of strict extreme heat," Walsh said. "Seventy percent of the world's population is going to be living in cities by 2050, and so it is critically important what cities do to manage the climate crisis — the crisis is not tomorrow, the climate crisis is happening now."

Walsh said that while implementing heat focus initiatives such as electing chief heat officers is a great strategy, it may not be an approach many cities battling the effects of the climate crisis on infrastructure, their economy and public health are equipped to embrace. The CDP conducted a survey that found that in 2020 about 43 percent of 800 cities that represent a population of 400 million people did not have a plan to adapt to the climate crisis. The big gating factor is money.

"Twenty-five percent of reporting cities globally have said that they have identified actions to take [in addressing the climate crisis], but it was budgetary limits that would prevent them from being able to address it," she explained.

Walsh pointed out that cities and counties able to elect or appoint chief heat officers could become role models for other cities by sharing the best practices for climate resiliency actions, such as more tree canopy to mitigate the heat urban island effect. Ultimately, the goal should be to embed this thinking into broader infrastructure strategies and decisions.

"If heat officers can prioritize addressing climate action … and can ensure that addressing climate change happens in all aspects of city planning and the capital investments and master planning, then it will be a successful tactic," Walsh said. 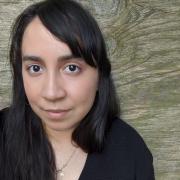