Wanting to fit in is a basic desire of human existence. Who hasn’t gone through middle school or high school trying to find a group in which to belong?

While “fitting in” shouldn't be a prerequisite for belonging as far as people go, according to American scholar and New York Times best-selling author Brené Brown, it’s part of our society. And fitting in is just as important to emerging technologies in the electricity space as it is to teenagers in high school.

The U.S. electricity grid is just about as complex as a teenagers’ social construct, and requires fitting in and belonging to survive. This can be particularly difficult for emerging technologies — while they often desire to be disruptors to the status quo, they still need to fit in to the ecosystem.

How does one attempt to fit in? While I’m not aware of a tool for how to survive high school, there is now a tool for surviving an entrance into the electricity industry. Rocky Mountain Institute (RMI) has developed a framework laid out in our recent report The Electricity Value Chain that helps highlight a company’s value.

The key to a new product or emerging technology surviving initial launch and then thriving in the marketplace is creating or adding value. If you don’t belong because you are doing it cheaper, faster or better, you need to be doing something new that people find inherently valuable.

In less complicated markets, one can discover value by looking at the supply or value chain. Again, companies generally would be looking to remove a step from the chain, or to create a different aspect of the chain.

Apple took the middleman out of music distribution and provides exactly the songs people want, directly to the customer via the iTunes platform. Certified organic foods did not remove a step in the chain, but rather created a category that did not previously exist. It’s fairly easy to track the value created and in turn, who is then willing to pay for that value.

The extreme complexities in the U.S. electricity grid makes this a much more difficult activity to do with an emerging technology in the electricity space. How might the technology be connected to other suppliers in the industry? Where can steps be removed or additional value be created? And most important, who would be willing to pay for that value?

RMI’s electricity grid value chain framework describes the major activities required for the electricity grid to function. Because the grid system network is not linear, it becomes more difficult to see how a node can be removed or where new value can be created. By using the visual framework via the process provided, it becomes possible to explore the potential value streams of a given technology in an organized fashion.

Some might think this type of framework would anchor one in current paradigm thinking and encumber the creative process.

However, even at the highest level of disruption the end goal remains the same; electrical power needs to get to the equipment that needs power. In this manner, the constraints of the framework apply and steps can be removed as appropriate for the given technology.

Let’s consider a very simple example. Say you manufacturer residential air conditioners. Your product is then an end user of electricity. So inherently you serve customers who wish to cool their home.

But who else might get value from your product? What other pieces of data or information could be available?

Do the customers have to drive to the store to buy replacement air filters that they replace at some arbitrary timeframe? Could you remove a step by having those filters automatically sent directly to customers when they are actually dirty?

Or could you create new value from power load shifting by having the air conditioner run during the day when the power from the utility is cheaper to pre-cool the home and still provide the same level of comfort? Or could you modify the air conditioner to make ice using power from the customer’s solar panels during the day, and then use the ice as the cooling source during the evening? In The Electricity System Value Chain, we provide detailed examples of how our tool can be used to help formulate and answer such questions.

The electricity grid of the future is one that will require the advancement of many emerging technologies. As Brown further states, “Belonging starts with self-acceptance.”

It is crucial that these technologies understand themselves in order to find their place to fit in and belong to the system and add maximum value. 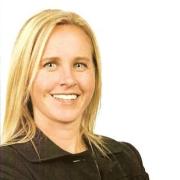 Are utilities low on gas? 4 indicators they need to watch

The electricity grid gets a value chain

See all by Karen Crofton