As an emissions-free fuel, it's already been used in new mining processing, fuel cell vehicles and electricity generation.

Mining companies face significant challenges in their efforts to decarbonize and are looking for more opportunities to incorporate dynamic technologies to aid these efforts. The challenge in many cases is to do this without limiting the efficiency of the extraction and processing systems. Renewable energy solutions can offset many of these challenges.

For some companies, however, there is a need for an alternative dynamic solution. As an emissions-free fuel that has been used in new mining processing applications, heavy-duty vehicles and in electricity generation, hydrogen has the flexibility to address some processing and operational challenges being experienced by the mining sector.

With the recent announcement that Anglo American plans to spin out an internal investment unit in order to support hydrogen technologies, along with the combined efforts of Rio Tinto, Apple, and Alcoa to decarbonize the aluminum smelting process (Elysis), the movement to use hydrogen as a decarbonization solution in mining and mining-related processes is gaining momentum.

Like many other aspiring technologies, hydrogen technology experienced its Icarus moment before the technology truly had come of age. Despite significant planning and investment in the early 2000s, the hydrogen industry failed to deliver significant deployments of fuel cell technologies and financial returns for investors. This initial failure, however, has not curbed international interest in hydrogen, and organizations such as the IEA (PDF) and McKinsey continue to believe that hydrogen will play a crucial role in the global energy transition to a low-carbon economy. In 2018, Shell released its latest scenario, "Sky," outlining a vision of the future in which 10 percent of total final energy consumed would come from hydrogen, with H2 fuel used across a range of applications in the industrial and commercial heating sector, transportation sector and long-duration storage space sector. Meanwhile, a body called the Hydrogen Council, comprising Audi, BMW, Bosch, Engie, Equinor, GM, Honda, Marubeni and 32 other leading global manufacturers, released a roadmap for the hydrogen future in 2017. The roadmap calculated that by 2050 (PDF), hydrogen could account for 18 percent of global total final energy consumption, with 400 million cars, 15 million to 20 million trucks and 5 million buses using hydrogen and reducing global CO2 emissions by 60 percent.

Many will wonder how battery technology’s advances can apply to heavy haulage vehicles, such as mine trucks. Indeed, this path is still uncertain and requires further study before the optimum solution can be identified. Given this gap and the challenges associated with a mine’s 24/7 production cycle, there is substantial value in investigating and engaging with hydrogen technologies, with a view to finding a mechanism for decarbonizing some of the most entrenched challenges of hard-to-abate industries.

It is in this context that investors and entrepreneurs have begun to explore commercially viable applications for hydrogen, and one potential use case is the mining sector. The continuing drive to make mines safer and more environmentally neutral is generating significant interest in on-site hydrogen usage, currently focused on deployment in mining trucks and mobile machinery.

A number of fuel cell electric vehicles (FCEVs) are already available for commercial purchase, including the Hyundai ix35 and the Toyota Mirai, demonstrating that FCEVs could replace light-duty vehicles and smaller 4x4s shortly. More important, the use of fuel cells in larger hydrogen applications, such as Alstom’s Coradia iLint train and the Nikola One large truck, demonstrates that fuel cells are starting to provide significant horsepower (hp), torque and fuel economy for heavy machinery.

For example, a widely used heavy-duty mining vehicle such as the CAT 785D has a gross hp of 1,450 on a vehicle weight of 46,000–67,000 pounds, whereas the Nikola One generates up to 1,000 hp on an 18,000–21,000-pound truck frame via a 300 kW capacity fuel cell. If scaled up, three Nikola 320 kilowatt-hour battery packs would weigh 9,000–12,000 pounds and produce torque of up to 6,000 pound-foot. This compares favorably to the CAT 3512C HD Diesel Engine, which has a dry engine weight of 14,650 pounds with a peak torque at speed of 6,910 pound-foot. This assumption is merely demonstrative of the applications and potential for hydrogen-related technologies. The application of linear scaling of the Nikola battery pack is also purely illustrative and is an area for further research. However, it shows a potential capacity to decarbonize without disruption of production at a site and without sacrificing vehicle capacity.

Hydrogen also represents an effective energy storage medium for off-grid mines, with multiple applications for the fuel produced and a long-term excess energy storage capability. In the Orkney Islands, excess renewable electricity generated by the European Marine Energy Centre (EMEC) and the islands’ wind turbines is converted into hydrogen by a proton exchange membrane (PEM) electrolyzer and stored by a fuel cell in the islands’ capital to provide dispatchable green power. This flexibility demonstrates that hydrogen has the dynamic value of being usable in a variety of processes around a mine, including as fuel for trucks and loaders, as energy for heating and cooling systems, and as a secondary or backup fuel stock for electricity generation, providing enhanced energy security. This last application potentially could become a mechanism that allows mines to move away from the traditional reliance on diesel backup generators and to move toward a cleaner source of generation that can be efficiently incorporated into the heavy industrial sector.

The ability to replace diesel also offers hydrogen a reasonably immediate market opportunity, thanks to the cost of diesel and the fact that most heavy mining equipment uses diesel to power an electric motor. Cost estimates from the U.S. Department of Energy suggest that distributed electrolysis (using off-peak electricity) can reach $2.30/GGE (gallon of gasoline equivalent) of hydrogen by 2020, making it cost competitive with U.S. gasoline prices.

This, however, is unlikely to reflect the wider cost advantages that a PEM electrolyzer would add to a minigrid for a mine site, as it does not represent the value of electricity that otherwise would have been curtailed, nor does it include the value of frequency response that the units can provide. Accordingly, a fuel transition to hydrogen offers savings potential in operations and maintenance costs and logistics, while providing a secondary commodity that can be sold if the mine is temporarily closed.

There is also a reasonable basis for future investment and cost reductions in the sector. For example, Voestalpine, in partnership with Siemens and Verbund, has been looking at the potential to remove coking coal through hydrogen use, and steelmaker SSAB, backed by Vattenfall and miner Luossavaara Kiirunavaara, is planning to eliminate most of its CO2 emissions by 2045, considering hydrogen as a potential solution. Accordingly, the use of hydrogen in the heavy processing activities that occur on mine sites demonstrates the potential for further downstream use.

We have attempted to show the robust suite of potential applications for hydrogen as a fuel source in mining activities. Although hydrogen has its challenges, it does provide a potential solution in the quest to reduce the logistical and operational costs of remote mines, while providing mine operators with system redundancy and backup fuel stock, as well as reducing the strain on ventilation systems for underground mines.

These collective benefits should incentivize increasing investment and deployment in large-scale renewable power provision in the heavy industry sector. Further, the applications for hydrogen outlined here offer another strand of development for the mine of the future, in which the carbon footprint of the site is substantially reduced and the mine is both more self-sufficient and safer. 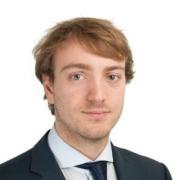 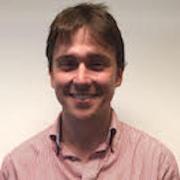 See all by Christopher Jackson