How tech will disrupt and decarbonize the economy

How tech will disrupt and decarbonize the economy

In an increasingly connected world, information is the new currency, and the capability to affordably gather and disseminate it is changing the face of the global economy.

The number of connected devices is expected to grow to 100 billion by 2030 and reach 500 billion over the following decades, according to the Organization for Economic Cooperation and Development.

By helping the world maximize resource efficiency, ICTs also are helping to break the debate among business and policy leaders over whether we can simultaneously pursue economic prosperity and environmental protection.

By 2030, ICTs could generate over $11 trillion in economic benefits per year, according to new research by the Global e-Sustainability Initiative (GeSI) and Accenture. That is the equivalent of China’s annual GDP in 2015.

Based on in-depth modeling across a wide range, it finds great potential for ICTs to disrupt “business as usual” and “radically reshape” the way people live, while also reducing the impact that continued economic growth has on the environment. 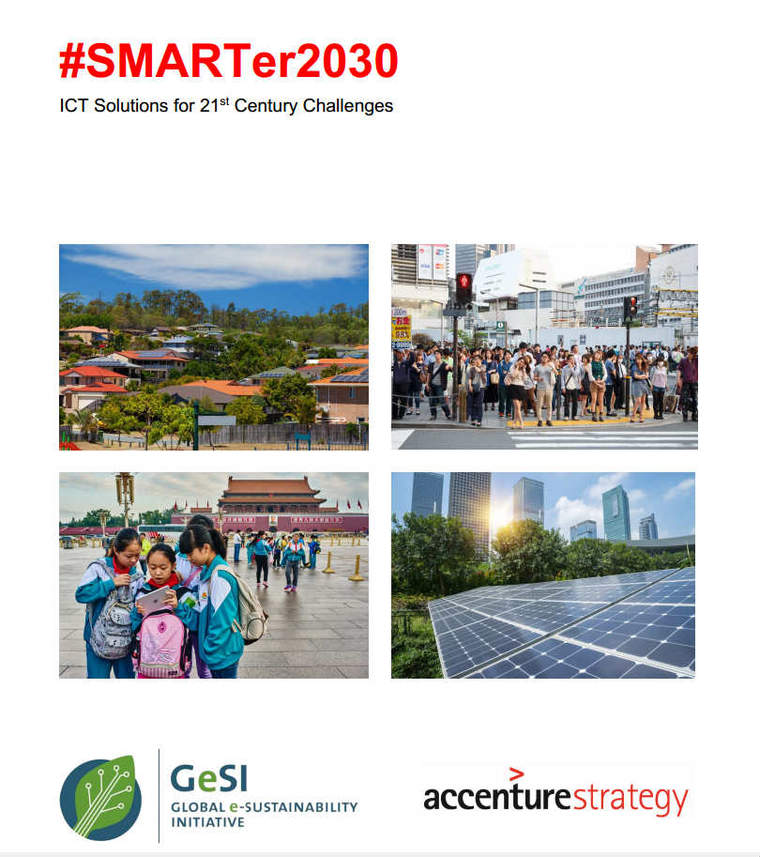 “The ICT industry offers tremendous benefits: more resource and cost-efficient businesses that are less harmful to the environment; improvements in services with significant societal benefits; and new sources of economic growth,” Luis Neves, chairman of GeSI, said in a statement.

As ICTs become faster, cheaper and more available globally, this has the potential to deliver “profound” environmental, economic and social benefits, the report stated.

A significant cut to carbon emissions

ICTs could enable a 20 percent reduction of global carbon emissions by 2030, the report stated, holding emissions at 2015 levels. This would go a long way in helping the world to limit warming to 2 degrees Celsius, which the Intergovernmental Panel on Climate Change (IPCC) says is needed to avoid climate change’s worst environmental and economic impacts.

To be fair, ICTs themselves generate noticeable greenhouse gas emissions — energy required for PCs and monitors, data centers and fixed and mobile telecommunications are responsible for between 2 and 2.5 percent of total global carbon emissions, according to the International Telecommunication Union.

But the ICT emissions footprint is expected to decrease to 1.97 percent of global emissions by 2030 compared to 2.3 percent forecast by 2020, SMARTer2030 said.

Business benefits of the digital economy

Continued global growth of the digital economy is providing the scale required to drive greater connectivity and new, disruptive business models, the report stated. The old production-line economy is being replaced by one in which individuals are in the center of the process.

Alongside improvements in automation in manufacturing, ICTs are helping to enable the rise of on-demand production, which could assist business’s bottom lines by avoiding the accumulation of unsold stock, as well as help the environment by reducing waste.

By 2030, the report predicted ICT solutions also will transform the way in which individuals manage their daily lives, such as shopping, banking and work activities. This will create a business environment in which time and distance matter less.

In addition, people will have access to more information to help them make decisions, and consumers will have better access to a wider range of products and services from wherever they are.

Today, a third of the world’s population lacks access to the most basic essential medicines, and in the poorest parts of Africa and Asia this figure rises to one-half, according to the World Health Organization.

Allthough information technologies can’t conjure up medicines for those in need, they could help 1.6 billion more people become self-directed and manage their own health via their smart devices, according to the report.

Granted, this likely is to have the greatest impact in the global North where people can afford health apps, wearables and sensors, but there also is great potential for ICTs to make inroads in the global South.

People in remote communities with Internet-enabled mobile phones or smartphones, for example, can access WebMD to self-diagnose, or even Skype with a doctor to receive medical advice. 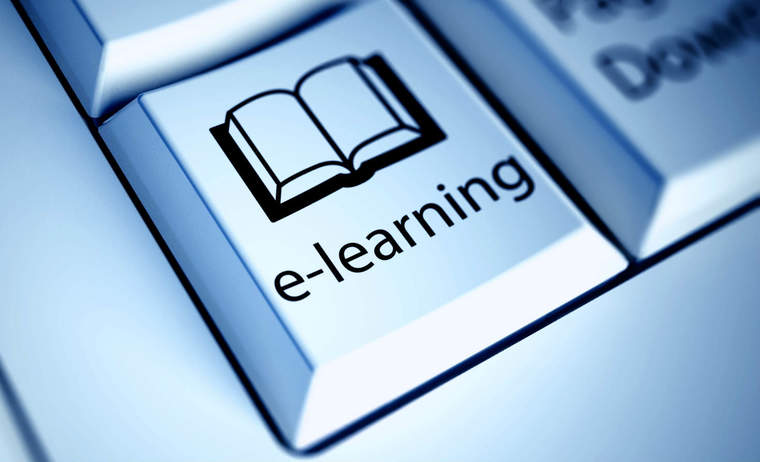 However, by 2030 e-learning will be the new norm, the report claimed, creating a learning experience that is “mobile and continuous; accessible remotely anytime anywhere, self-directed; adjusted to one’s specific needs, and engaging; through virtual or sensory experiences and extensive collaboration across platforms, borders and institutions.”

Although not mentioned in the report,  ICTs also could help pull oppressed populations out of the informational black holes imposed upon them by despotic regimes, helping to spread democracy and improve democratic accountability across the world.

In Nigeria, for example, tech has enabled crowdsourced elections monitoring in the form of citizen-generated reports of failures, abuses and successes through the Ushahidi open-source geographical information system (GIS), according to researchers from George Washington University.

With the United Nations climate change conference in Paris just six months away, the report’s authors call on policymakers to create policy environments conducive to further development of ICTs. This includes recognizing the key role of ICT in meeting carbon reduction goals, creating investment incentives to connect the unconnected with new infrastructure and ensuring a stable and balanced regulatory approach to ICT.

Likewise, the authors say businesses should recognize how ICTs can enable sustainable business growth and unlock innovation opportunities. Consumers should be encouraged to adopt technology solutions that promote resource efficiency, such as those offered by the sharing economy.

The $11 trillion tech boom that could cut emissions 20%

Are we ready for a dematerialized world?

The promise of a digitally enabled circular economy