Can Los Angeles use the Hoover Dam as a giant battery?

Los Angeles is looking into whether it should spend an estimated $3 billion on a massive, 20-mile underground pumped hydropower storage system that would be connected to the iconic Hoover Dam on the Colorado River outside of Las Vegas.

If it does get built, this system would essentially serve as a giant battery to store power.

Having written a book about the aggressive propaganda program behind the Hoover Dam’s construction in the 1920s and 1930s, I can say that the technical and financial challenges of this plan are sure to pale in comparison to the legal and political roadblocks that will have to be overcome.

Among the biggest obstacles are the long-running fights over the Colorado River and its water, and that the Colorado is a shrinking river due to climate change and long-term drought.

Los Angeles has two basic motives for this plan.

First, the water level of Lake Mead, the nearly 250-square-mile reservoir that provides water to Arizona, California and Nevada, continues to drop due to long-term drought. The lower water levels are reducing the power that Hoover Dam’s electrical turbines generate.

Second, California has mandated statewide cuts in fossil-fuel use and increases in renewable energy production.

Solar and wind energy seem ideal, but have one major drawback: wild fluctuations. When there’s calm wind or no sunshine, there isn’t enough power to keep the lights on. When it’s sunny and windy, there actually can be too much power for the grid to function smoothly. Even in tandem, they are not reliable enough for utility-scale electricity, without some way to store excess energy.

Solar and wind energy seem ideal, but have one major drawback: wild fluctuations. When there’s calm wind or no sunshine, there isn’t enough power to keep the lights on.

The proposed plan would use wind and solar power to pump water from below Hoover Dam back upstream, depositing water into Lake Mead to be released again at a future time. The idea is to use the stored water to both offset renewable energy fluctuations, and supplement the grid during peak electrical demand.

It would do this by pumping water when electricity generated from solar or wind power is cheap and abundant, and releasing water through Hoover Dam when demand for power is high or renewable sources aren’t generating much energy — essentially turning Lake Mead into a giant battery.

The concept of using pumped hydropower to store energy is not new. The earliest examples date to the late 1800s in Europe, and the early 1900s in the United States.

Many countries including Spain, Norway, Switzerland and the U.S. already use large pumped hydro storage systems. The world’s biggest is along the West Virginia-Virginia border.

One key difference here is that this proposed project would use wind and solar electricity to pump the water. Another is the Hoover Dam’s complicated history. The biggest hurdle, I predict, would be negotiating a new use for the Colorado River’s water at a time when the region is growing more parched.

The Colorado flows from tributaries in Wyoming, Colorado and Utah down through Nevada and Arizona into Mexico. 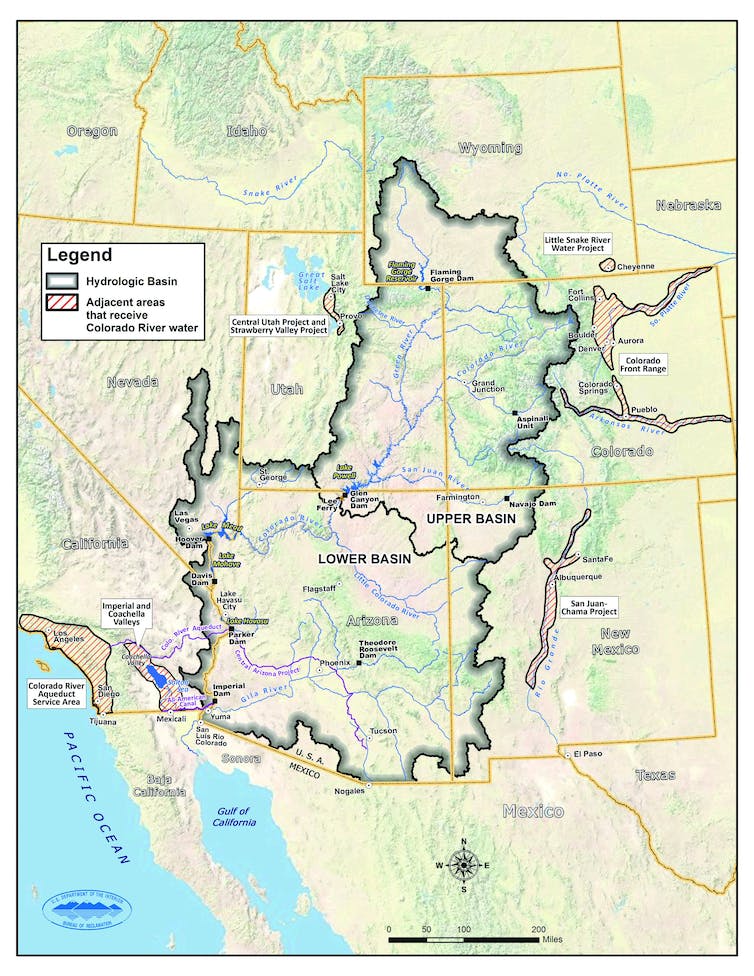 The river is regulated by a document called the Colorado River Compact, an agreement forged among seven Western and Southwestern states in 1922 that dictates how much of the river’s water each state may use. The compact has helped to constrain what likely would have been endless litigation over the water.

This pact took years to negotiate, with many failed attempts along the way. Arizona took 44 years to officially ratify the agreement, and it repeatedly has sued its neighbors over the river, with some cases ending up at the Supreme Court.

The river is regulated by the Colorado River Compact, an agreement forged among seven states that dictates how much of the river’s water each state may use.

In fact, Arizona nearly declared war against California in 1934 when its governor sent the Arizona National Guard to the border to "defend" against encroaching Bureau of Reclamation engineers scouting locations for Parker Dam, 155 miles downstream from Hoover Dam on the Colorado River.

Despite the compact, litigation over access to Colorado River water continues to this day. This endless conflict is why historian Philip L. Fradkin calls the Colorado "the most used, most dramatic and the most litigated and politicized river in this country, if not the world."

To make matters worse, Western states long have been wary of the motives of Los Angeles and California when it comes to water. Consequently, the current proposal, which calls for the Los Angeles Department of Power and Water to be put in charge of a massive new hydropower project in Nevada, likely would be met with a large dose of skepticism.

Proponents of the Hoover Dam battery concept say it would be an environmentally friendly way to generate more electricity without using fossil fuels. Yet there are more considerations here, too.

First, the project calls for nearly 20 miles of new underground pipes to run from below the dam back into Lake Mead. The water that it takes to fill those pipes along with the water that is circulated in perpetuity will take some coveted Colorado River water permanently out of the downstream flow.

Second, the time hardly seems right. The Colorado is in decline. With climate scientists predicting that the volume of water in the Colorado River will continue to decrease, states that rely on the river are bracing for potentially drastic cuts to water supplies.

Moreover, the Bureau of Reclamation states that Hoover Dam produces 4 billion kilowatt-hours of electricity per year, which sounds like a lot. But that’s only enough to cover 1.3 million households, or roughly a third of all Angelenos.

Considering that Hoover Dam hydropower is distributed across Southern California, Arizona and Nevada, it actually provides only a small slice of the overall energy consumed in the West.

That is why, regardless of whether this project moves forward, I contend that the competing interests of the river’s many stakeholders will prove to be as durable a roadblock as any technical or budgetary constraint. 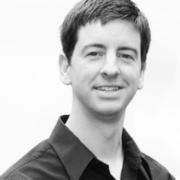 See all by Anthony F. Arrigo