For more than four years, McDonald’s has been traversing a long and arduous path to produce "sustainable beef" in its sprawling global supply chain.

Now, it’s looking for solutions right under its feet.

The fast-food giant is embarking on a small but potentially significant project to measure and analyze the ability of cattle farming to sequester carbon in soil, using a style of grazing called adaptive multi-paddock — AMP, for short. If it works, it could transform the way McDonald’s ranchers raise cattle and produce beef — while avoiding the release millions or even billions of tons of greenhouse gases into the atmosphere.

All this may sound too good to be true, and it’s early days, but I’ve been watching this unfold for several years, ever since I first heard about AMP from Peter Byck, the filmmaker-turned-carbon-crusader who produced the 2010 documentary "Carbon Nation." (Confession: I have a cameo in the film.)

Byck’s movie showcased the myriad solutions that were helping address the climate crisis, in some cases by skeptics who were doing these things for reasons other than environmental. Several farmers played starring roles, showing the methods they were employing to enhance soil and raise productivity, in part through raising cattle. That led Byck to further investigate some of the methods. 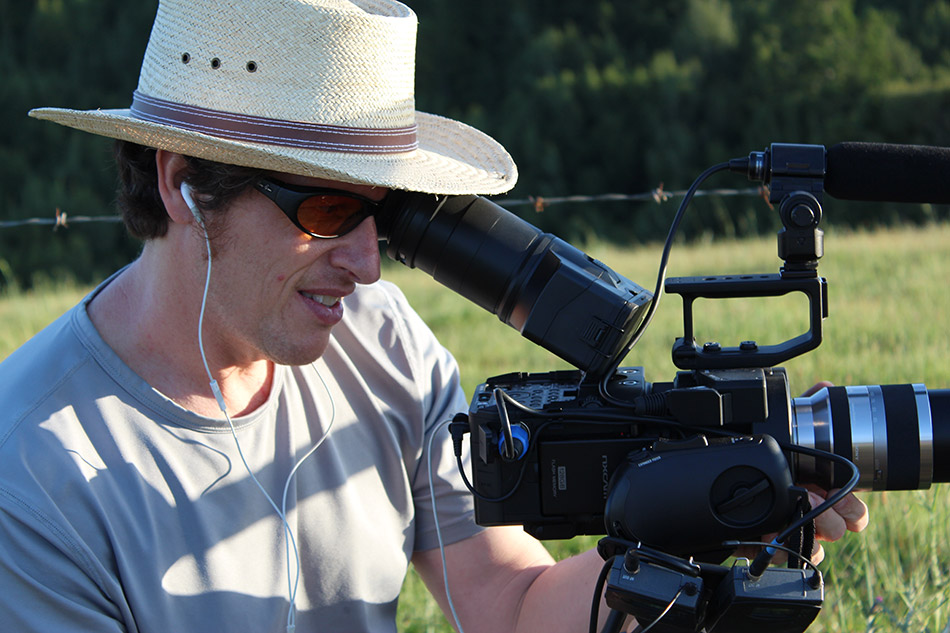 In 2014, having joined Arizona State University’s School of Sustainability and its Cronkite School of Journalism as a "professor of practice," Byck produced a 12-minute short, "Soil Carbon Cowboys," which highlighted some of these innovative farmers. A year later, Byck assembled a team of scientists to study the impacts of AMP grazing on farms and ranches across the United States, with the goal of drawing down greenhouse gas emissions through grazing and agriculture.

Earlier this year, McDonald’s stepped in to help fund the project through a matching grant of $4.5 million over three years, or 25 percent of the project’s overall funding goal.

The funding is one part of a long-term effort the hamburger chain has been engaged in to improve the environmental footprint of its global beef supply chain. In 2013, the company spearheaded the formation of a global roundtable of cattle ranchers, beef producers, processing facilities and others to define "sustainable beef" for each region of the world from which it sources hamburger meat — which is pretty much everywhere. Last year, McDonald’s began piloting the standards with nearly 150 operations in its Canadian beef supply chain.

Those pilots are ongoing. Just last month, Cargill, one of McDonald’s go-to beef suppliers, announced that its Canadian Beef Sustainability Acceleration pilot, by the end of 2018, will provide customers with beef "from operations that have been audited from 'birth to burger' using an industry-developed sustainability standard." The yearlong project will explore a variety of tracking technologies, such as DNA testing and blockchain, to design a process for producing verified sustainable beef "that is robust while still being practical, scalable and cost-effective," according to a Cargill press release.

For two years, McDonald’s has been surveying suppliers such as Cargill for best practices in sustainable cattle raising and beef production. Among the things it wanted to know: "What kind of projects are out there? Where do we need to engage?" Townsend Bailey, director, U.S. Supply Chain Sustainability at McDonald’s, told me recently.

"As we started asking these questions and looking at innovative companies, topics around grazing, and particularly regenerative grazing, kept coming up in one form or another," he said. Bailey and his colleagues met with various groups working on regenerative grazing practices. That led them to Byck, who was invited to present his project.

"Townsend was very focused on scale," recalled Byck. "He was like, ‘OK, let's say your science proves that grazing alone can regenerate the land and regenerate the farmer's pocketbook. How do you get to scale?’" 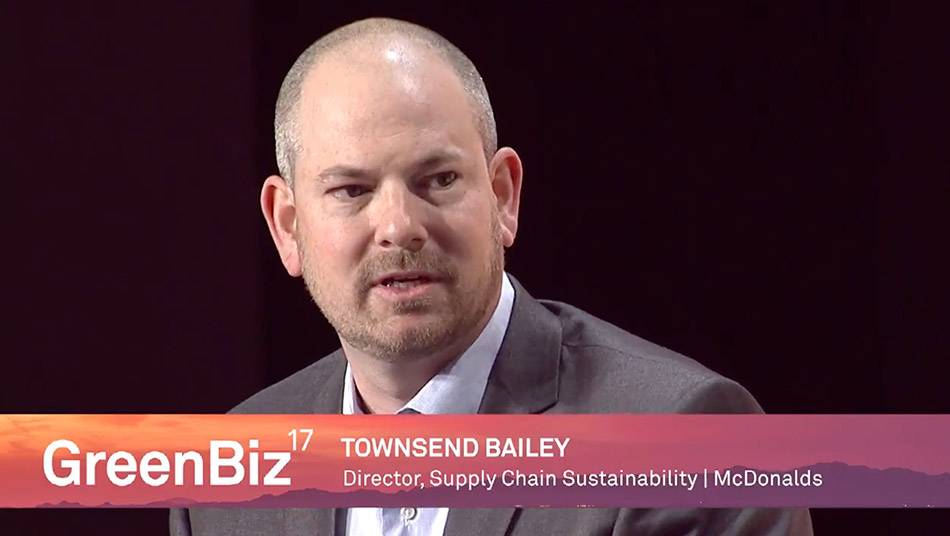 Byck is quick to point out, "I’m a filmmaker, not a farmer," but he knew enough about educating and motivating people to act on climate change that he had some ideas. "It's about incentivizing people to change, not trying to make anyone change, because that's the last thing a farmer will do."

A lot was at stake. The world's soils hold a significant amount of carbon — more than double the amount in the atmosphere. For years, a small number of farmers have used techniques such as conservation tillage, cover cropping and crop rotation to reduce soil loss and keep carbon in the soil, which can improve soil health and fertility and make land more productive.

AMP is another tool in that toolkit. It involves moving cattle around grazing land for short durations in small, fenced-off areas called paddocks. Then giving paddocks long periods of time to rest, which catalyzes accelerated grass regrowth along with other flora and fauna. The method mimics the migrations of wild herd animals, such as elk, bison and deer, as they move from place to place.

AMP’s potential is as critical to farming as it is to the climate. "Soil is a living and life-giving natural resource," said the United States Department of Agriculture's Natural Resources Conservation Service. "As world population and food production demands rise, keeping our soil healthy and productive is of paramount importance. So much so that we believe improving the health of our nation’s soil is one of the most important conservation endeavors of our time."

To the extent that America’s agricultural soil is a national treasure — and a buried treasure at that — industrial ag has been squandering it for decades. Today, the quality and quantity of soil in the United States represents, by some measures, a looming national catastrophe.

To the extent that America’s agricultural soil is a national treasure — and a buried treasure at that — industrial ag has been squandering it for decades.

According to the University of Michigan’s Global Change Program, 96 percent of North America’s soil erosion comes from food production (66 percent from agricultural activities; 30 percent from overgrazing). The majority occurs in America’s heartland, where we produce much of our food. In significant portions of the Midwest, up to 75 percent of the topsoil has been lost, mostly due to modern farming techniques.

This is no small thing. A single gram of soil may hold a billion bacteria, which are able to perform an extremely wide range of chemical transformations, including breaking down organic matter and manufacturing nutrients inside roots. These processes are crucial to growing a healthy food supply.

Restoring soil health provides a number of essential biological functions. It regulates water, helping control where rain, snowmelt and irrigation water goes. It filters, buffers, degrades and detoxifies pollutants, including industrial and municipal runoff. It ensures the diversity and productivity of plants and critters that live in soil. It stores carbon, nitrogen, phosphorous and other nutrients. It anchors the roots of plants and trees.

And you can’t just make more topsoil. Generating three centimeters of topsoil takes 1,000 years, and if current rates of degradation continue, all of the world's topsoil could be gone within 60 years, a senior United Nations official told a global food forum in 2014.

Ground beef from the ground up

Byck’s project will focus on two U.S. cattle-ranching regions: the Southeast and the upper Great Plains. His team includes 17 scientists from six agricultural universities and both for-profit and nonprofit research groups. Together, they’ll collect and study a variety of data.

"We're looking at how the ecosystem functions," Byck explained. "Can grazing alone be beneficial for the whole ecosystem of the farm?" He said the project will be looking at a wide range of issues — "from soil health, to greenhouse gas cycling, to the bugs and the birds, to animal well-being and farmer well-being. And we’ll compare apples to apples — folks who are doing AMP grazing with their neighbors."

Meanwhile, there’s the nontrivial goal of matching the McDonald's funding quickly in order be out in the field in the Southeast in 2018 and in the upper Great Plains in 2019. With $4.5 million in, there’s another $13 million or so to go.

The anecdotal evidence is compelling. "I've been to about 30 different farms and ranches over the last few years filming, and it's just consistent," said Byck. "The farmers will tell me they were in debt before they started focusing on soil health and started using these methods, and now they're not in debt.

"They're seeing plants growing on their lands that people haven't seen in that county for 50 to 100 years, and they didn't plant them. They were able to weather droughts much better than their neighbors. They're seeing perennial streams that their grandfather had told them about, but which had been dry for their whole life. Just story after story, and consistent in dry areas, mountainous areas, wet areas, flat areas. We're seeing that farmers and ranchers are doubling, tripling and quadrupling their carrying capacity. That means producing two, three and four times as much meat on the same acreage with the same rainfall as prior."

They're seeing plants growing on their lands that people haven't seen in that county for 50 to 100 years, and they didn't plant them.

I asked Townsend Bailey how McDonald’s plans to participate in the research. "At the end of the day, we are just the funders," he said. "We want to make sure that the science is able to move forward and really broaden the understanding of grazing practices and the potential for positive ecosystem impacts. Our hope is that this project can be a great way to quantify the positive impacts of ranching and of beef production, and also provide light on best practices that could be implemented on the ground to bring about those positive impacts."

It’s not just an academic exercise, said Bailey. "We think it could be hugely significant. Depending on the outcomes of the science, this could become a real focal point for us in the types of trainings and peer-to-peer learning that we invest in."

And, said Bailey, if McDonald’s has a good story to tell along the way, all the better.

"The grazing conversation and the potential benefits of grazing for land, for rural communities, for cattle, for greenhouse gas emissions and carbon — I think it really connects with people because it's about the positive things we can do. It’s definitely something that we're looking at from a long-term perspective. It's something McDonald's could really get behind."

Bill McDonough at 70: A look back … and ahead

The State of Green Business 2021