Can the military save us from climate change?

A pair of reports on climate change crossed my desktop last week that were simply too noteworthy to ignore. It’s not necessarily new information, but it points up that despite a rising tide of facts, we’re still pretty much rearranging the deck chairs.

First up, a Pentagon report released earlier this month identifies climate change as a “threat multiplier” and “a critical component of future defense strategy.” The Quadrennial Defense Review (PDF download), as the official document is known, is a periodic assessment by the U.S. Department of Defense of strategic objectives and potential military threats. It describes the United States' military doctrine — a common frame of reference across the branches of the military.

According to the 2014 edition:

As greenhouse gas emissions increase, sea levels are rising, average global temperatures are increasing and severe weather patterns are accelerating. These changes, coupled with other global dynamics, including growing, urbanizing, more affluent populations and substantial economic growth in India, China, Brazil and other nations, will devastate homes, land and infrastructure. Climate change may exacerbate water scarcity and lead to sharp increases in food costs. The pressures caused by climate change will influence resource competition while placing additional burdens on economies, societies and governance institutions around the world. These effects are threat multipliers that will aggravate stressors abroad such as poverty, environmental degradation, political instability and social tensions — conditions that can enable terrorist activity and other forms of violence.

As for how all this affects the Defense Department’s mission and methods:

The impacts of climate change may increase the frequency, scale and complexity of future missions, including defense support to civil authorities, while at the same time undermining the capacity of our domestic installations to support training activities.

On the other hand, it notes:

Our actions to increase energy and water security, including investments in energy efficiency, new technologies and renewable energy sources, will increase the resiliency of our installations and help mitigate these effects. 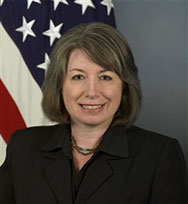 The Defense Department is actively making such investments, as Sharon Burke, Assistant Secretary of Defense for Operational Energy Plans and Programs, explained last week at the Cleantech Forum in San Francisco, and  at another talk, given to a group hosted by Environmental Entrepreneurs, a group allied with the Natural Resources Defense Council. Burke's office was established to build energy awareness into operational policy and procurement — what it takes to sustain the fighting force in the field.

Investments in energy technologies are key to mission effectiveness, she explained. Lighter, denser batteries reduce the weight soldiers carry. On-the-go generation allows them to recharge depleted supplies in the field. Renewable generation and storage systems don't have the refueling and maintenance requirements of traditional diesel generators, or the heat signature, noise or smoke. Efficient engines enhance range and endurance. Microgrids save soldiers the need to constantly fuel, repair and maintain a separate generator for each use. The Defense Department is making significant investments in these and other technologies. As officials there frequently put it, “It’s all about the mission.”

The other report of note last week came from the pollster Gallup, which annual takes the pulse of Americans on climate and other environmental issues. Each year, Gallup weighs the difference between those who believe that climate change (which Gallup refers to as “global warming”) will happen within their lifetimes, and those who believe it will threaten their way of life. This year, says, Gallup:

The percentage of Americans who believe global warming's effects will happen during their lifetimes is the same now as it was in 1997, when Gallup first asked the question, and is among the lower readings over that 17-year span. During that same period, the percentage who believe global warming will threaten their way of life has increased from 25 percent to 36 percent.

In this year’s poll, 54 percent of Americans say the effects of global warming have already begun to happen, with 3 percent saying they will begin in a few years and 8 percent saying they will happen during their lifetimes. Another 16 percent expect that global warming's effects will not start in their own lifetimes but will affect future generations. This leaves 18 percent saying the effects will never happen, double the 9 percent who said this in 1997. Younger Americans are more likely to fear the impacts than older ones.

Americans' belief that global warming is not a serious threat to their way of life may help explain why they see it and the environment more generally as a lower priority for government than issues that affect them more immediately, like the economy and healthcare. However, Americans' average concern about global warming may shift in the future, even if there is no obvious change in environmental conditions, as today's more skeptical older Americans are replaced by younger Americans who are more likely to view global warming as occurring and as a potentially serious threat to their way of life. 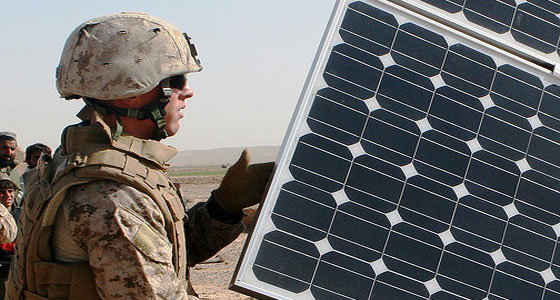 The irony of the U.S. military leading the way on climate preparedness to protect a nation whose citizenry isn’t especially concerned about it is not lost on anyone who reads the Quadrennial Defense Review and the Gallup poll. The military views climate change deadly seriously, in terms of its impact on its operations and effectiveness, and is taking action to address that:

We have increased our preparedness for the consequences of environmental damage and continue to seek to mitigate these risks while taking advantage of opportunities. The Department’s operational readiness hinges on unimpeded access to land, air and sea training and test space. Consequently, we will complete a comprehensive assessment of all installations to assess the potential impacts of climate change on our missions and operational resiliency, and develop and implement plans to adapt as required.

Few businesses — let alone other parts of government — can claim to have made such an assessment.

It is heartening that the U.S. armed forces are preparing for a world in which climate-related disruptions and threats are seen as real and inevitable. What can we learn from the military about preparedness and resiliency? What can military installations teach us about being self-sufficient and able to bounce back from disruptions?

To the extent that the military’s best practices are transferrable beyond the fence lines of bases to help prepare surrounding businesses and communities, it will play a key role in helping America defend against what may well be its biggest battle of the 21st century.

GRI and SASB are collaborating. Is that good news for companies?