Larry Jacobs and his wife, Sandra, are looking to retire. They run Jacobs Farm, the largest supplier of organic herbs in the United States and Del Cabo, a cooperative that produces tomatoes with nearly 1,000 small organic farms in Baja California. Now in their 60s, the couple has been struggling to figure out how to ensure that the business they’ve poured heart and soul into for the last 33 years will continue to pay the farmers fairly and produce food organically once they’re gone. They can’t be assured that a new owner would stay true to the company’s mission.

"The fiduciary responsibility is to optimize profits, and that’s a dilemma," says Jacobs.

As a generation of food-company founders retires, they don’t want to sell out. In recent years, a steady stream of small organic companies has been acquired by multinational conglomerates. Coca Cola bought Honest Tea for more than $43 million. Campbell’s Soup acquired Plum Organics for $250 million. Hormel Foods bought Applegate Farms for $775 million. When just 10 companies — including Nestlé, Unilever and General Mills — control the vast majority of food brands, it raises serious questions about the ability of mission-driven companies to hold on to their original intentions.

For that reason, Jacobs was one of 150 people packed into a barn in Portland, Oregon, in early November for the first annual stakeholder meeting of a groundbreaking new business structure. The model, adopted by Organically Grown Company (OGC), sets out to "separate profit from purpose."

Unlike a more traditional approach, investors in the trust get the same vote as any other employee, customer, advocacy group member or farmer on their governing board, which consists of 150 voting members. Investors receive a return of at least 5 percent in an annual dividend and employees get profit sharing. Farmers, community organization members and customers get direct or in-kind investments in services that benefit them such as educational opportunities, seed development and bulk sourcing of supplies. Every stakeholder in the company, not just investors, has a say in how it’s run. 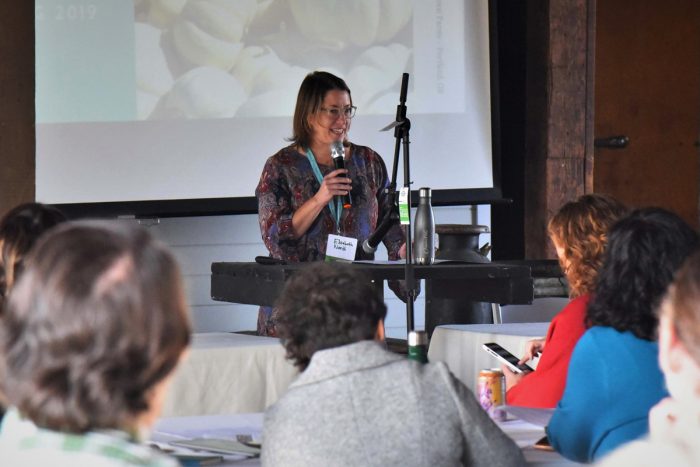 Typically, investors put their money into companies that give them the highest rate of return in exchange for some amount of control over operations. Businesses, in turn, run a company with the sole goal of maximizing profits. For companies who don’t want to sacrifice their mission, there has typically been one choice: Don’t take investor money. But OGC hasn’t been satisfied with that answer. Over the last 40 years, the company has tried four business models before they worked with lawyers and consultants to develop the stewardship model.

OGC began as a nonprofit in 1978 to educate farmers how to grow organically, became a farmer-owned cooperative in 1983 to build organic sales, transitioned to an S-Corp of farmers and employees in 1999, and switched to an employee stock ownership plan (ESOP) in 2008. Then faced with a pending wave of retirements, OGC realized they would need to use the bulk of their capital to buy back employee shares — leaving little to continue investing in their business priorities. For that reason, putting the company in a trust, which will protect it from purchase by outside investors or competitors, made sense.

We can’t fix a broken food system with a broken finance system.

The company is an Oregon Benefit Corporation, and Reitman-White says that while the benefit corporation structure offers some protection from selling the company to the highest bidder on paper, there is currently no legal precedent for the use of that provision. "In our experience, steward ownership models, such as our Purpose Trust, are the only proven way to fully lock in a company’s independence over the long-term via the removal of all financial incentives to sell."

U.S. Representative Earl Blumenauer (D-Oregon), a guest at the Portland event, enthusiastically championed an economic model that isn’t just about the next quarter’s profit or loss. "Sustainable food is the ultimate game changer in this country — it has an impact on air pollution, water quality, land conservation, some of the most important existential challenges we face," he said. The stewardship model is "a way to provide the goods and services that communities need in a way that’s sustainable, humane, inclusive and speaks to equity," he told the crowd. 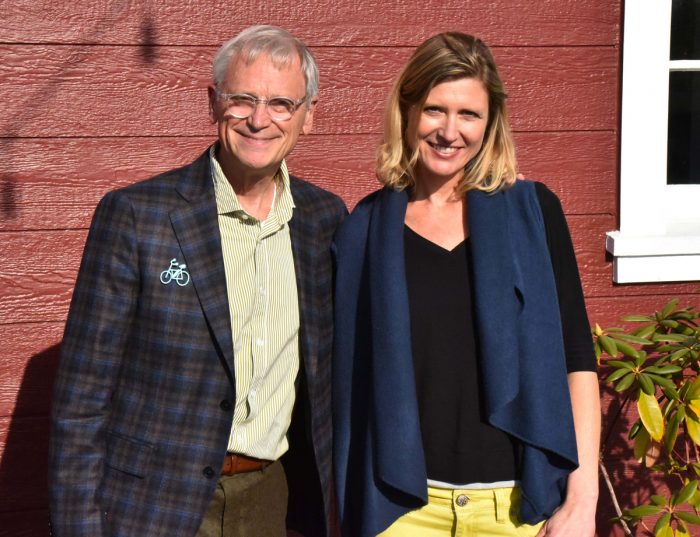 Jacobs agrees. "We started our company for really clear reasons — to address the lack of income to [help people] take care of themselves or feed their kids in some parts of the world," he says. Del Cabo was designed to create economic opportunities. Former subsistence farmers were able to produce organic tomatoes for the cooperative and increase their income by tenfold or more. "Businesses are more than just venues for creating wealth, but also venues for creating quality of life," says Jacobs.

When OGC first began to explore alternative business structures, it knew it had to buy out its shareholders to make any change. It turned to RSF Social Finance, a lender that funds enterprises that maximize social, economic and ecological benefits. Knowing that OGC is an exceptional operator, RSF’s chief lending officer, Kate Danaher, agreed to lend it two times above RSF’s standard lending limit. "If there was ever anybody to try this out with, this was the company," she says.

Working with Purpose Foundation, a non-profit business consultancy based in San Francisco and Hamburg, Germany, RSF Social has fielded inquiries from at least 100 companies interested in potentially making the switch, and released a report in October documenting the demand for mission-first business models. "It’s catching on in industries that have some connection to public good," says Camille Canon, co-founder of Purpose U.S. For example, owners of technology and fashion companies, as well as companies interested in being responsible stewards of sensitive health or financial information, have shown interest.

"We’re currently working with about 12 companies in various stages of transition to a stewardship model," says Canon. "Seven of them are in the food industry."

Owners of technology and fashion companies, as well as companies interested in being responsible stewards of sensitive health or financial information, have shown interest.

Danaher says it’s no surprise food businesses are attracted to the model. In her experience, they "didn’t start their company to make money; they were social movement builders." Interestingly, those most interested in making the switch are either planning for succession, such as Jacobs, or early-stage businesses looking to align their social and business interests from the get-go.

San Francisco Bay Area food and catering company Fare Resources is an example of the latter type. The company sources nearly all of its produce from local, organic farms and serves antibiotic-free meat. It has grown from eight employees to 60 since 2016, and co-founder and CEO Gabriel Cole has been exploring alternative business structures in hopes of continuing to grow while avoiding any push to compromise his values.

"We’ve built really bad [business] systems, and none of that works," says Cole, highlighting how companies are often designed to extract resources from the planet and labor from hardworking people to give to a few wealthy individuals. He adds that more people adopting stewardship models can make "businesses a force for good."

Cole says his company’s purpose trust will be complete by mid-2020. For him, the model aligns their core principles, notably self-governance, impact investment, employee ownership and profits that serve purpose.

Big Picture Beef is another example. Founder Ridge Shinn says he has bold goals for the start-up.

"Our mission is to revive the rural economy, sequester tremendous amounts of carbon, and recreate the water cycle in a functional way," he says. "Our vehicle is 100 percent grass-fed cows." Shinn explains that the company is an aggregator, buying beef cattle from 70 small family farms and finishing them on a farm in the northeast United States. The company hopes to have a purpose trust set up early next year.

After jerky company Epic was bought by General Mills, it had difficulty building the supply chain to make its bars.

All the business owners interviewed agreed on one thing, articulated by Shinn: "I’m all for shareholder value, but not to the detriment of the mission." In the past, he adds, he’s seen businesses struggle to maintain their original values in the name of shareholder demands. For example, after jerky company Epic was bought by General Mills, it had difficulty building the supply chain to make its bars.

So far, Shinn has found support from a range of investors, including a wealthy family that agrees with his mission. The investors agreed to hold a convertible note or shares for five years; they sit on the informal business advisory board, but they have no operational authority. "We absolutely want their advice but not their control," says Shinn.

The biggest hurdle, says RSF’s Danaher, is shifting investor expectations. She and her colleagues at Purpose Foundation have been surprised by how big the pool of investors willing to support mission-focused business structures has been so far. Canon hosted an event for Purpose U.S. in New York City earlier this month, and she says 50 people showed up, looking for investor opportunities.

Organically Grown Company’s Reitman-White credits the current social entrepreneur movement with driving the paradigm shift underway. "People are starting companies to make change, not just get rich and get out," she says. "Business is a wonderful tool for making change in the food system." 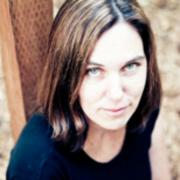