Biodiversity crisis is gaining traction in the private sector but a big disparity still exists between knowledge and action on climate and biodiversity.

The beginning of the year has been full of news about business and the health of our planet. In January, BlackRock Chairman Larry Fink released his annual letter to CEOs that doubled down on his earlier exhortations for business to start considering its impacts and risk in a world with a rapidly changing climate. With an opening statement such as "Climate change has become a defining factor in companies’ long-term prospects," readers are left with little doubt as to why BlackRock is seeking to reshape global finance.

Just a few days later, Microsoft made a corporate commitment that caused other companies to pay attention: It would be carbon negative by 2030 and remove all of its historic carbon by 2050.

When WEF gathered world leaders in Davos for the annual gabfest about global concerns, nature was a theme and environmental activists were given more prominence than ever before. At the intersection of climate and biodiversity, we saw the emergence of the Trillion Tree campaign funded by Salesforce founder and environmental philanthropist Marc Benioff. Even the usually environmentally unfriendly Trump administration got in on the act, pledging to participate in this goal. 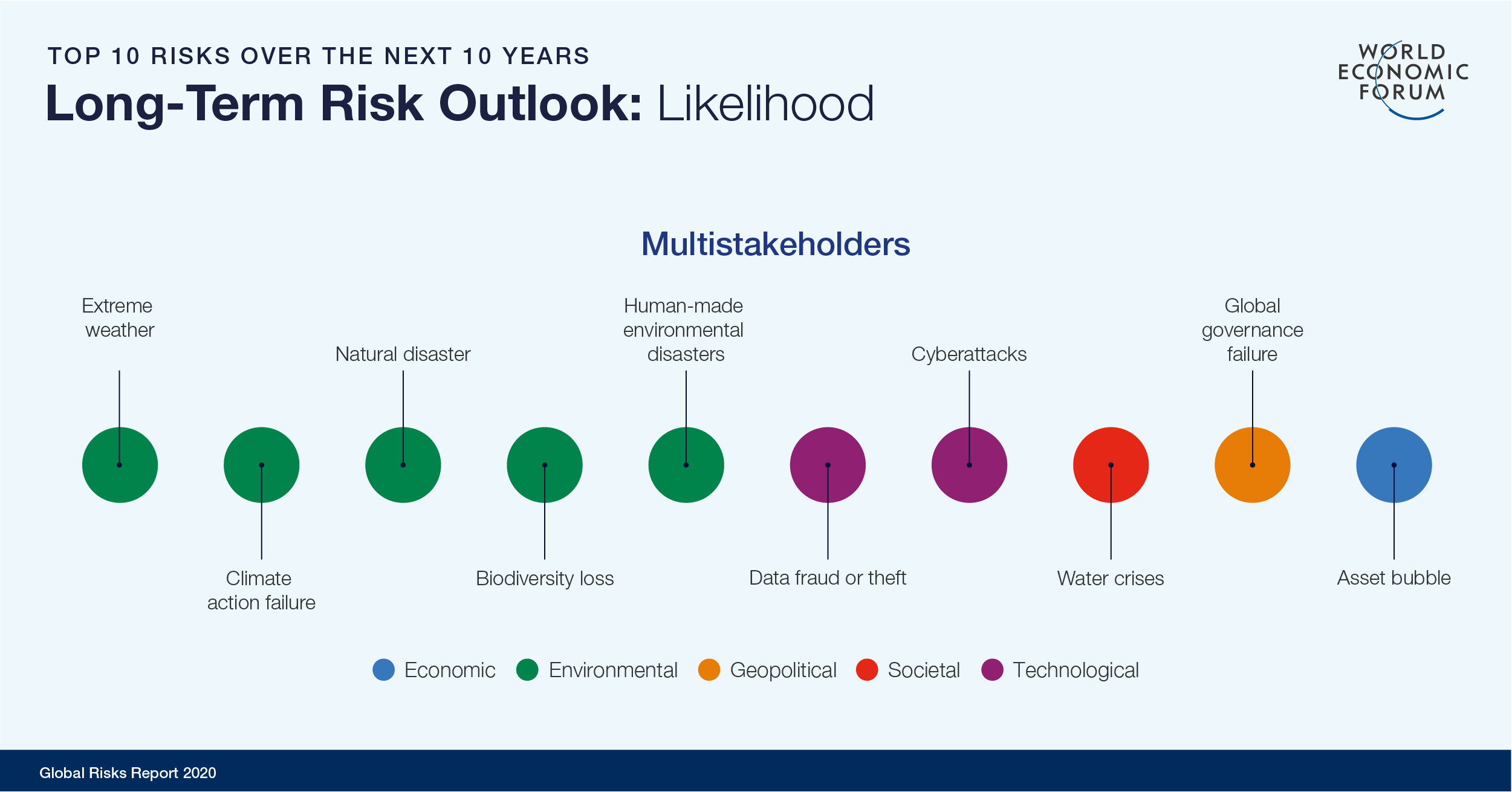 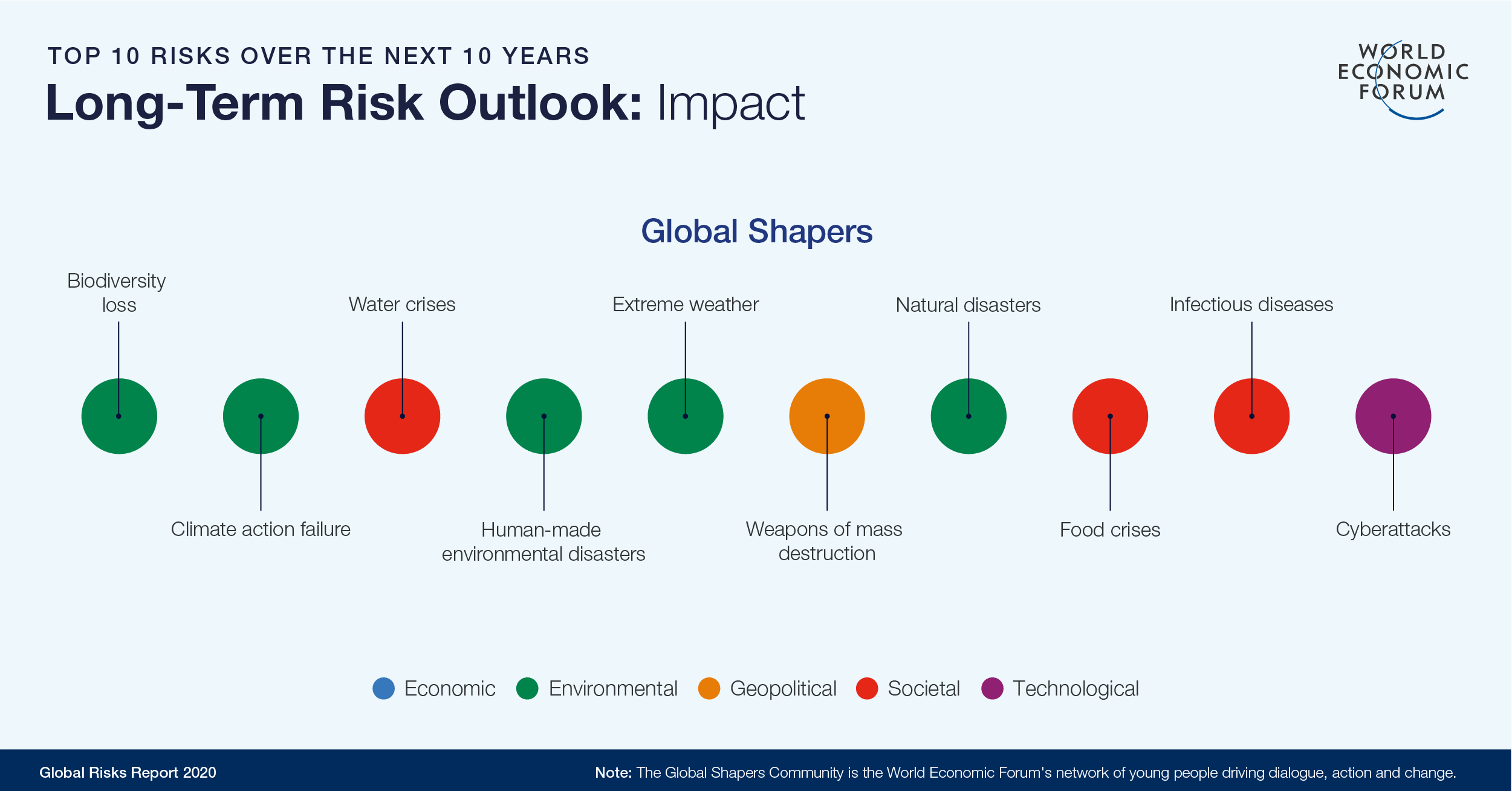 Now that the dust has settled from this explosive start to what is being billed as a super year for nature, where do we stand? Has anything changed? Amid the promises, the speeches, the platforms and the predictable backlash, what in all of these proposals has meaning for nature and the biodiversity crisis that threatens so many species, populations and livelihoods across the world?

Fink’s CEO letter is a great starting point for a fundamental rethink of the ability for private finance to reduce impacts and address climate change, but the focus for transformation was only on climate — biodiversity, wildlife, habitat and nature were not mentioned.

This is a strange omission given the WEF global risk assessment of biodiversity loss mentioned above and the trend upward in risk. Indeed, the WEF put a dollar value of $30 billion globally on biodiversity risk in 2010, but a more recent study by the World Wildlife Fund finds that the loss of nature (and the services it provides) will wipe $479 billion a year off global economic growth by 2050, affecting the U.S. economy to the tune of over $60 billion a year.

The Trillion Tree campaign captures the imagination and is an easy campaign to support. However, the devil is in the details. Certain reforestation efforts can lead to negative results for biodiversity if fast-growing monocultures are incentivized over wild, native and diverse woodlands, especially as biodiverse forests have a greater capacity for carbon capture than plantation-style forests.

While the biodiversity crisis is gaining traction in the private sector, a big disparity still exists between knowledge and action on climate and knowledge and action on biodiversity. Executives making decisions around the private sector’s future relationships with the planet know more about the SDGs and the IPCC than the Aichi Targets and IPBES. They’ve no familiarity with the Convention on Biological Diversity, and while they can talk knowledgeably about greenhouse gas reduction, they fare less well when considering ecosystem collapse, usually conflating the plight of the European honeybee, considered livestock in the United States, with the global (and more existential) collapse of native insect populations.

Executives making decisions around the private sector’s future relationships with the planet know more about the SDGs and the IPCC than the Aichi Targets and IPBES.

They are not the only ones. In the U.S., the leading candidates in the Democratic nomination race fail to mention wildlife or biodiversity at all, with Elizabeth Warren the only candidate who mentioned nature in her plan for public lands protection. When our leaders in both private and public sectors do not see the threat to our future from the loss of biodiversity, inaction or injurious action will result. [Editor's note: Warren ended her bid for the presidency last week.)

Microsoft’s detailed explanation of its goal to go carbon negative contains no mention of avoiding damage to nature in its seven guiding principles, and the details of its ambition point to investments in technological solutions for carbon capture that may include approaches that have negative impacts on nature. While Microsoft does declare intent to continue to invest in offsets where many nature-based solutions to climate reside, there is no detail around how these investments will be designed, decided or governed.

A core tenet of the environmental education movement is that an environmentally literate populace is necessary to advance and support laws, regulations and actions for a healthy planet. Today this literacy is not just required for K-12 learners, but increasingly for our leaders who are making big decisions for the future of our planet without due consideration of nature and the current trajectory of species loss

Recently the mayor of Bristol, United Kingdom, declared an ecological emergency over the loss of wildlife. It was also the first U.K. city to declare a climate emergency two years ago. While encouraging, one data point does not make a trend. It is now up to other leaders to recognize biodiversity loss as the crisis it is and take action from the C-suite to the factory floor. When that happens, then we can declare that 2020 was indeed a super year for nature.

Here are three ways that corporate leaders can act for biodiversity: