At the end of a quiet gravel road in Squamish, British Columbia, on a patch of land destined to become a seaside housing development, sits a small industrial site. There is a barn-sized shed, a few tanks and pipes and, in the center, whirring away, a giant fan. It looks like a fairly normal factory.

But while factories typically create greenhouse gas emissions, the sole purpose of this one is to suck them up.

The company behind the pilot project, Calgary-based Carbon Engineering, is one of a handful of businesses around the world working to develop "air capture" technologies to remove planet-warming carbon dioxide from the atmosphere. These companies aim to mop up our waste carbon and help cool the planet, complementing efforts to reduce emissions and increase energy efficiency.

"If we want a stable climate, we have to cut emissions to zero or nearly zero," said Geoff Holmes, business development manager for Carbon Engineering. "And there are a lot [of emissions] that are too costly or challenging to cut." While many factories and power plants could be readily converted to run on renewable energy or could capture their own CO2 emissions and bury them, some technologies, such as airplanes, are expected to keep burning hydrocarbons for a long time.

It’s hard to capture those dispersed emissions at the source, "so being able to capture CO2 out of the air seems like a good part of the picture," said Holmes.

No one would argue that air capture is a panacea, including Carbon Engineering’s founder and executive chairman, Harvard University engineer David Keith. The technology realistically can't suck up the roughly 36 billion tons of CO2 we emit each year, nor does it address other greenhouse gases such as methane. Even scaling up to a target of 1 billion tons of captured CO2 each year would be a massive task, as would finding places to put all that carbon.

Although no one envisions a landscape dotted with massive negative-emissions factories anytime soon, many see a niche market today for plants that can suck CO2 out of the sky and put it to good use. Until burying it becomes a more economically feasible proposition, the options are sticking the carbon into fizzy drinks, greenhouses, plastics, concrete or synthetic fuels.

What exists today are pilot projects aiming to knock down the technical and economic barriers to full-scale deployment. And they have solid backers: Carbon Engineering is funded in large part by Microsoft co-founder Bill Gates.

If Carbon Engineering has its way, a full-sized version of the Squamish factory will be sucking up 1 million tons of CO2 a year in the not-so-distant future. A thousand such plants would be able to extract nearly 3 percent of the planet’s current emissions.

Air capture "is not that far away from being a really big piece of the climate puzzle," according to Noah Deich, executive director and founder of the new, non-profit Center for Carbon Removal, a think tank based at the University of California, Berkeley.

The idea of air capture has been around for decades; a variety of chemical reactions that can absorb CO2 from the air and spit it back out as a concentrated stream of CO2 gas are well known. But engineering a full-sized factory and running it has seemed a prohibitively expensive proposition, until recently.

An analysis in Nature Communications in August concluded that "negative-emissions" strategies of one sort or another — including planting trees or turning agricultural waste into charcoal that packs carbon into soils — will be needed to keep the planet’s warming below 2 degrees Celsius. In the researchers’ scenario, alongside conventional mitigation techniques, the world will need to suck up 1.8 billion to 40 billion tons of CO2 each year and lock it away. That potentially makes carbon dioxide removal as big a future industry as everything we currently do that emits CO2.

About an hour north of Vancouver, Squamish might seem an odd place to deal with air pollution: It’s one of the extreme sports capitals of Canada, and the air is clean. But that’s the point of air capture: You don’t have to strip the carbon from a smokestack; you can get it from anywhere.

Carbon Engineering’s scheme is based on extremely simple chemistry. The company’s fans suck air into a mesh filled with a fine trickle of potassium hydroxide, pulling carbon dioxide into solution. That is pumped through a tank filled with tiny, sand-like balls of lime, where the CO2 hardens into a limestone coating.

One could stop at that point and simply bury the limestone balls, but the need to constantly buy more lime would make this an exceedingly expensive operation. Instead, the company regenerates the materials it needs by blasting the limestone in a furnace of 900 degrees C. That returns most of the lime sand and releases CO2 as a pure gas that can be put to use. The energy the company uses comes mostly from hydropower-generated electricity.

The pilot plant in Squamish is only set up to suck up 1 ton of CO2 a day. And for now, the plant operators don’t even bother keeping that; they just vent it back to the air. "It’s catch and release," said Holmes, laughing. The point of this first plant is to let the engineers work out the bugs, fiddle with flow rates, concentrations and pellet sizes to optimize the process, and get data to show it can be efficient and economic.

"We always knew it was going to be a slog; it’s a capital-intensive technology, not an app," said Holmes. "But on the other hand, there are no science show stoppers. So we said, ‘Let’s roll up our sleeves and do the engineering.’" So far the company has raised about $16 million, two-thirds from private donors including Gates, and most of the rest from government grants.

Sunfire has a small plant that turns CO2 and water into diesel using renewable energy, producing a fuel that they say is only slightly more expensive than the fossil-fuel variety.

Carbon Engineering’s plan for the next few years is to turn its carbon dioxide into synthetic fuel, with the aim of supplying enough for the bus fleet in the small community of Squamish, population 17,000. Making fuel out of CO2 also isn’t cheap, but it can be done. In partnership with the car manufacturer Audi, a German company called Sunfire has a small plant that turns CO2 and water into diesel using renewable energy, producing a fuel that they say is only slightly more expensive than the fossil-fuel variety. 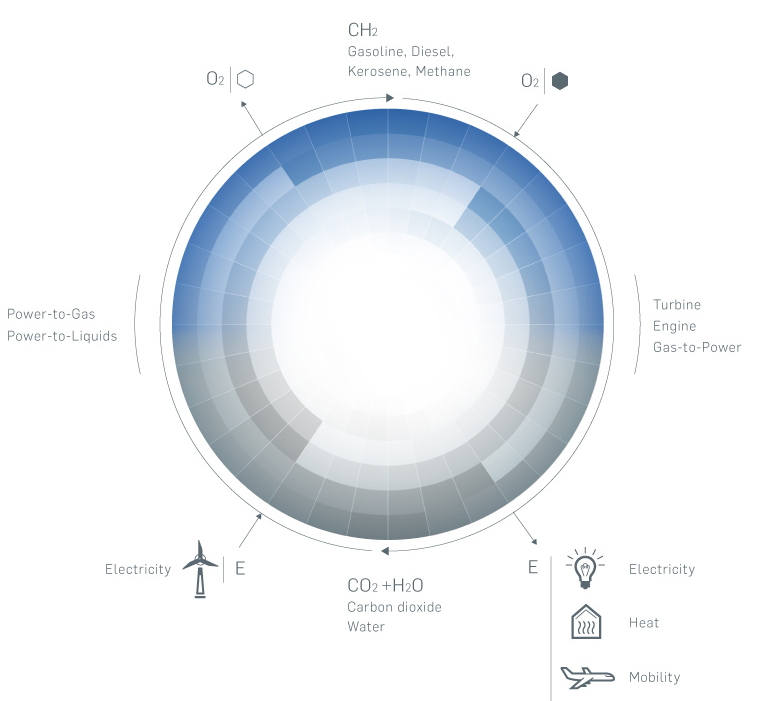 Creating fuel with CO2 actually will make the company’s efforts carbon-neutral, rather than carbon-negative. But Holmes argues that making zero-carbon fuel out of the air might be easier on the planet than, for example, ramping up agricultural production to make biofuels.

A few other companies are making similar strides, although they too are, for now, pulling tiny amounts of carbon from the air. Zurich-based Climeworks announced in October that it will build its first commercial plant by mid-2016, providing 900 tons of CO2 per year to a local greenhouse to stimulate plant growth.

Climeworks is focused on providing climate-friendly carbon dioxide for uses such as carbonating beverages or making synthetic fuel.

Climeworks’ system is different — it has developed a novel material that absorbs CO2 onto its surface, then releases it when heated to about 100 degrees C so it can absorb more CO2 again and again. For now, Climeworks is focused on providing climate-friendly carbon dioxide for uses such as carbonating beverages or making synthetic fuel.

Meanwhile, New York City-based Global Thermostat has had a pilot plant up and running since 2010 in Menlo Park, California; a second started up in 2013. The company uses amines to soak up carbon dioxide — both from the air and from the more-concentrated source of power-plant flue gas — and then releases it using waste heat from power plants or industry. Global Thermostat’s commercially available units can collect up to 10,000 tons of CO2 per year, and multiple units can be tacked on to power plants to capture more CO2 than the plants emit. The company says it can capture CO2 for less than $25 a ton — compared to Carbon Engineering’s and Climeworks’ estimates of $100 a ton — making its process competitive with other sources that commercially produce CO2.

All three are on the shortlist for the Virgin Earth Challenge, a $25 million prize offered by airline entrepreneur Richard Branson and former U.S. Vice President Al Gore to anyone who can demonstrate the economic feasibility of removing several billion tons of CO2 from the air annually for 10 years. Like many such prizes it is so far unclaimed, showing just how hard it is to do this on a commercial basis. A similar prize — Carbon X, announced in September — is offering $20 million to anyone who can show waste carbon being converted into something commercially viable.

One of the field’s pioneers — Klaus Lackner, who founded the company Global Research Technologies to pursue his idea of "artificial trees" for air capture — has taken his vision back to a more academic setting: the new Center for Negative Carbon Emissions at Arizona State University.

In the long term, Carbon Engineering and other companies like it hope the world will put a price on carbon emissions, thus making it financially worthwhile for companies to squirrel away CO2. Until then, the largest and most mature market for CO2 is ironically to inject it back into oil wells to help push up the last of the oil. Other companies have sprung up to try to create greener options for air-captured CO2. California-based Newlight Technologies, for example, makes a plastic called AirCarbon out of air and methane emissions. New Jersey-based Solidia has developed a cement that consumes CO2 while hardening.

Carbon capture is now at about the same stage as solar panels were in the 1980s: The technology exists, but it can’t make a solid business case without subsidies.

Deich said carbon capture is now at about the same stage as solar panels were in the 1980s: The technology exists, but it can’t make a solid business case without subsidies. "Thirty years of aggressive R&D later, solar is now challenging fossil fuels on an unsubsidized basis in many regions," said Deich, who is trying to help the same happen for carbon capture.

While the economics are daunting, most argue there’s no harm in trying, so long as emissions reductions continue, too. A few scientists, however, argue that carbon capture is a silly or even dangerous diversion. Mark Jacobson, director of the Atmosphere and Energy Program at Stanford University, said, "Solar panels and wind turbines are money better spent. Trying to take carbon out of the air is just a distraction." Princeton engineer Robert Socolow has argued that if you build a renewable energy power plant, you’d be better off using that energy to displace a fossil fuel-burning plant than to power a carbon-capture factory.

The "moral hazard" theory adds that air capture might hand politicians a technological "get out of jail" card, giving them the excuse they need to let emissions run rampant. "If people were saying, ‘Hey, don’t worry about emissions, we’ll just capture it and wind it back sometime in the future,’ that’s drastically dangerous," agreed Holmes. "But no one is saying that." 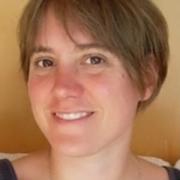 See all by Nicola Jones