Remember the summer of 2008?  There was a gas price spike that made some question our lack of coherent national energy policy but caused others to double down and chant “Drill Baby Drill”?

About that time, we took a look at all the oil said to be under the Outer Continental Shelf (OCS) in comparison to the amount of oil that could remain unburned in the surprising number of homes across the country that use some form of oil as a primary heating source (over 14 million!) in a fact sheet.  The conclusions were what you might expect – efficiency is faster and cheaper and doesn’t needlessly risk the economy of the gulf coast states.

The Institute for Market Transformation (IMT) has updated that analysis and we have jointly re-released the fact sheet "Reducing the Need for U.S. Drilling Through Energy Efficiency" and the re-crunched numbers still tell the same story: drilling is at best an idiotic distraction from our current economic situation.  There is no rational basis for pursuing dangerous drilling while so much of the energy we use in our homes continues to literally leak out with no benefit.  If you are after jobs, energy security, consumer savings, or more domestic manufacturing, then you want retrofits not a continuation of the policies that brought us record oil company profits.

A few highlights from the fact sheet,

Energy Savvy also came to the same conclusion in June, and produced a diagram that is certainly worth 1,000 words.

The comparison is relevant today, as the Senate considers the most recent version of the oil “Spill Bill” which contains the bi-partisan Home Star retrofit program that NRDC and our fellow members of the Home Star Coalition have worked so hard to move this far.  It’s certainly not the comprehensive legislation we need to deal with our carbon and inefficiency problem, but baby steps are better than quitting the race and running away in tears.  There is no excuse for not doing this.

Lane Burt is the manager of building energy policy in the Washington D.C. office of the Natural Resources Defense Council (NRDC). This post originally appeared on NRDC's Switchboard.

Images of retrofit project to replace the glass in all windows at the Empire State Building courtesy of Serious Materials © all rights reserved. 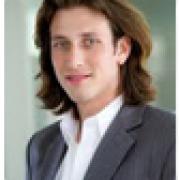