From climate change to deforestation to human rights, we are more aware than ever of the myriad environmental and social challenges facing humanity. Unfortunately, this cognizance has largely has failed to translate into the behavior and policy changes we desperately need: Governments have yet to form a united front to combat global warming, greenhouse gas emissions continue to increase, few consumers regularly consider sustainability (PDF) when making purchasing decisions.

While inspiring progress has been made — the ozone layer appears to be recovering, the Cuyahoga River in Cleveland no longer catches fire — as Heather Tallis, lead scientist at The Nature Conservancy, explains, “[These] victories we are claiming … are still marginal to the core work of the world.” Indeed, they are incremental improvements on issues that mandate disruptive change. What’s needed is a bridge across Moore’s chasm — something that moves sustainability from exception to societal norm.

The solution, it turns out, might already be at hand (and foot) — in professional sports.

For better or worse, sports are beyond mainstream. They’re integral to our global cultural fiber and have the kind of following sustainability advocates only dream of:

With such a massive global audience, it’s no surprise that professional sports also have been major drivers of societal change. From desegregation to women’s rights to AIDS awareness to easing geopolitical conflict, teams and athletes repeatedly have played leading roles in some of humanity’s greatest moral debates. So perhaps it should come as no surprise that they’re already taking the lead on sustainability, too.

This is seen, among other places, in the rapid growth of the Green Sports Alliance, a nonprofit for teams, venues, leagues and partners aiming to “enhance their environmental performance.” Since the alliance’s founding in 2010, membership has ballooned to over 250 organizations that share best practices and collaborate on numerous green initiatives. Many members are realizing dramatic cost savings while improving resource efficiency and reducing waste. But more important, the green sports movement offers a gateway to sustainable behavior change on the societal scale.

Take Levi’s Stadium, new home of the NFL’s San Francisco 49ers. The venue uses 85 percent recycled water, has 20,000 square feet of solar panels, is linked to major public transit lines and is the first stadium in the league to be Gold certified under the LEED green building standard. And while the majority of the 70,799 fans at the Niners’ regular season home opener weren’t there for the green features, it would’ve been hard to miss the plethora of recycling bins or 27,000-square-foot green roof or farm-to-table food vendors or digital dashboard showing real-time energy use.

From a life-cycle perspective, it’s unlikely that Levi’s Stadium ever will “pay back” the environmental impacts embedded in its construction and permanent materials. But the structure has a near-unsurpassed ability to be an educational hub for sustainable thinking and living. If the millions of fans who attend an event at the stadium over the years — and millions more at hundreds of facilities globally — incorporate even a few of the venue’s green attributes into their daily lives, we’ll have bought some ecological time.

The vast majority of fans watch sports not from the stadium, though, but from the couch, so this is where the power of athletes proves most compelling. Athletes’ influence extends far beyond stadium walls, reaching consumers through branding, social media and celebrity gossip channels. If religious leaders can elevate the topic of fossil fuel divestment into mainstream discourse, surely athletes — whom the majority of Americans believe are more influential — have the potential to spur action on key issues such as global climate policy.

While no athlete has inspired that level of change just yet (as a budding environmentalist, Cristiano Ronaldo — Portuguese soccer god and 13th-most-followed Twitter user — seems a possible candidate), many already embrace roles as sustainability spokespersons. Even better, it appears that fans, brands and civil society alike are taking notice:

Still, professional sports teams and athletes have a long way to go toward inspiring widespread sustainable behavior change. New research suggests fans expect teams to be green, which may accelerate change from industry leaders, and the potential for sponsorship growth also may prove compelling, as brands already hungry for ad space see sports as a means to engage conscious consumers. But sustainability will have to vie for room at the sports industry’s socially responsible table, where important initiatives such as cancer research, physical fitness and community development already have well-established seats.

Green advocates will need to do their due diligence, too. The popularity of professional sports makes them ripe for advocacy but also controversy. Some of the same teams and leagues praised for their environmental leadership have been criticized for inadequately tackling social issues such as domestic violence, racism and gender equality.

This is not to say that the greening of professional sports shouldn’t proceed until all pressing social issues are rectified. Those considering sports as a centerpiece for the sustainability movement simply should be cautious not to trivialize or overshadow other important causes. And there may ultimately be opportunities to elevate multiple causes simultaneously — the links between climate change, human health and social justice suggest one promising avenue for collaboration.

In many ways, the professional sports industry is also at a critical juncture. Social media and the 24/7 news cycle have elevated sports to new heights, but also placed the industry under an increasingly precise microscope. It will take time for the teams, leagues and athletes we adore to grow accustomed to this increased scrutiny, just as it will take time for society to accept that sports role models are still only human.

In coming years, sustainability hopefully will serve as a rising tide that can lift all boats. As much as sports can help make sustainability mainstream, so too can sustainability prove beneficial to sports. From cost savings to new partnerships to stronger fan engagement, the sustainability movement is an avenue for sports to both be green and see green.

Ultimately, it will be up to the “early adopters” to accelerate the already promising green sports movement, and these leaders should do everything in their power to seize the opportunity. After all, where sports go, fans follow, and that means almost everyone. 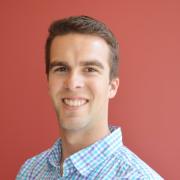 See all by Kellen Klein