In the late 19th century, Americans involved in the animal-protection movement were concerned that horses in city streets were forced to lead miserable lives. Placed in an environment in which they were never meant to live, these literal workhorses were separated from other horses and often mistreated by their owners. Furthermore, their presence created public safety issues, such as waste-disposal problems and the large number of equine corpses lining the streets, which emanated noxious odors and spread disease. Using horses as transportation clearly was both flawed and unsustainable. 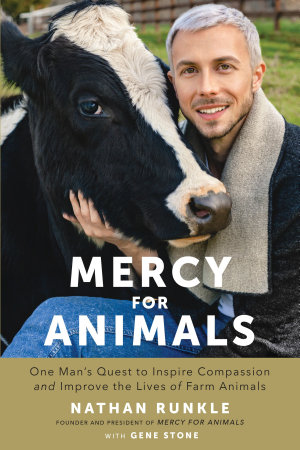 A small group of activists began to campaign to help these animals. Within a few decades, horses no longer were being used as transportation in American cities. What happened? Was the horse-and-buggy industry disrupted because of these campaigners? Did people listen to their ethical and health-based arguments? A few people certainly did. But the real game-changer was that, in 1908, the Model T automobile appeared. The new machine not only allowed people to travel as before, but it had many advantages over animal-based transportation. Within a short time, people chose cars over horses. Today, more than a century since the automobile changed how we travel, using horse and carriage seems antiquated, inefficient, slow and inhumane.

The meat industry is in a similar place to where animal-based transportation was so many years ago. Wasteful, destructive and cruel, it is thoroughly in need of disruption, just as the horse-and-buggy business once was. Because I have felt so strongly about this for many years, in 2016 I was part of a group that conceived and launched The Good Food Institute (GFI), an organization that focuses on supporting innovation in the food sector by helping accelerate the developments of alternatives to meat, dairy and eggs.

GFI is, I believe, a new breed of nonprofit. It works with scientists, investors and entrepreneurs to help produce "clean" and plant-based meat, milk and eggs by providing marketing, legal, business and other support to early-stage and established companies. Such companies include Impossible Foods, Hampton Creek, Memphis Meats, Beyond Meat, Clara Foods, Miyoko’s Kitchen and Perfect Day Foods.

Safer, healthier, more affordable and cruelty-free — these products aim to outpace animal ones in the marketplace and, ultimately, to make factory farming a thing of the past.

If plant-based meats follow the same path as plant-based milks, which now make up 9.3 percent of all fluid milk sales, that will mean about a billion fewer animals slaughtered each year. Impossible Foods and Beyond Meat are only two players in this burgeoning market, which in 2015 represented just 0.25 percent of the national expenditure of meat ($500 million vs. $200 billion). But whereas conventionally farmed meat sales are stagnating in America, plant-based meat sales are growing rapidly. Plant-based meats are projected to take up a full third of the protein market by 2050, signaling that this industry is on the cusp of a major market revolution.

The meat industry is in a similar place to where animal-based transportation was so many years ago.

A sign of this upheaval that I find particularly encouraging is that in 2016 Tyson Foods made a large investment in Beyond Meat, showing that even a multinational animal-food conglomerate understands that investing in plant-based protein is a smart business move.

Moral arguments are persuasive and crucial, but offering people something better than what they currently enjoy is imperative in our path to success. To that end, plant-based meats are being developed that are not only delicious and affordable but also free of meat’s fat and pathogens. Similarly, clean meat, although technically still an animal product, is also a solution for our reliance on unsustainable and inhumane systems for producing food, and it could have a broad impact on public health by eliminating both food-borne illnesses and the need for antibiotic use in the food system.

In other words, the future of food rests on mainstreaming animal products that are derived either from plants or from animal cells grown in a culture, and which, in taste, texture and nutrition, are identical to — if not better than — the meat that comes from slaughtered animals. I believe that once introduced to the public, these new, sustainable, healthy foods will take off quickly, as prominent chefs will line up to endorse them for their appetizing flavors; trusted doctors, vouching for their safety, will recommend them for their patients' health; influential food bloggers will applaud them for their convenience; and prices for these products will decrease as demand increases to the point where they will cost even less than their animal-based counterparts.

And, they won’t carry the hidden costs lurking behind today’s meat, such as taxpayer subsidies and the astronomical health care costs associated with all the diseases created by a diet high in traditional animal proteins. Our economy will shift as our diets change, with workers once employed by the meat sector finding new, violence-free jobs producing clean, plant-based meats.

Critical to the success of these products will be the fact that they are created in an open, transparent system. As the stories of our undercover investigators graphically illustrate, today’s factory farming industries work hard to keep people from seeing what goes on inside their facilities, proving what musician Paul McCartney once said: "If slaughterhouses had glass walls, everyone would be a vegetarian." The companies developing these new clean foods, however, are already eager to give tours of their operations: There will be nothing to hide and everything to share in this new, humane economy. Transparency will be a key component of our nation’s food system, and ethical food choices will become the default choice instead of the difficult one. 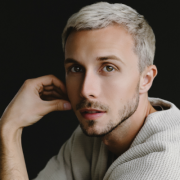 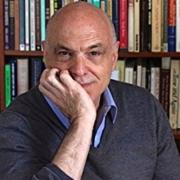