The supplier for big brands such as StarKist and Costco is investing in traceability and green business practices throughout its supply chain.

Was the fish in your tuna salad sustainably harvested? One of the biggest tuna suppliers in the world, privately held Tri Marine, believes it has a responsibility to answer that question in the affirmative.

As a result, the company is investing substantially in technology and business processes to prove it, including a new commitment to an end-to-end assessment by the Marine Stewardship Council.

What’s more, this month Tri Marine is reopening its processing plant in American Samoa after the $70-million rehabilitation of an existing facility. The project was designed to optimize energy efficiency and to minimize the environmental impact of its activities on the local community.

The site will be capable of handling 1 million cans of tuna daily when operating at full capacity. It will supply some of the company’s biggest customers, including private-label grocery store clients Costco and Fred Meyers — other partners include StarKist and Chicken of the Sea. It also will serve Tri Marine’s own fast-growing house brand, Ocean Naturals, sold by its subsidiary The Tuna Store.

“[Samoa Tuna Processors] is a great example of how doing the right thing can also be good for business,” said Renato Curto, chairman and CEO of Tri Marine. “We are looking forward to raising the bar on sustainability and reducing obstacles for our customers who are eager to access the kinds of products we will be able to provide through both Tri Marine and The Tuna Store.”

Sustainable business practices as a differentiator

Tri Marine employs close to 5,000 people. It has invested in sustainable fishing practices for some time: it was a founding member of the International Sustainable Seafood Foundation. But it really stepped up efforts to codify its sustainability commitment two years ago with the hire of Matt Owens, director of environmental policy and social responsibility.

“The way we approach sustainability is multi-faceted,” Owens said. It involves where and how Tri Marine fishes. “We focus on stocks that are healthy, caught in ways that minimize bycatch,” he said.

When it comes to tuna, some of the 23 major species used commercially are far more compromised than others. As of 2012, the majority of the commercial catch was skipjack (56 percent) followed by yellowfin (28 percent,) according to ISSF research. Globally speaking, only slightly more than half of the stocks fished by commercial fleets were at “a healthy level of abundance,” it found.

As of that year, canned tuna accounted for approximately 16 percent of all seafood and fish consumption in the United States. That was actually the lowest level in 60 years, according to U.S. Department of Agriculture data.

The bycatch issue is also concerning: hundreds, if not thousands, of sharks, dolphins and turtles are unintentionally caught by fishermen every year, according to a campaign by Greenpeace.

In early January, Tri Marine, which uses technology on its boats to log where fish is harvested, disclosed a pact with MSC for an independent assessment. The agreement covers Tri Marine’s fleet based out of America Samoa (which primarily focuses on skipjack and yellowtail.)

“Seafood buyers, including end consumers, can promote marine conservation with their purchasing decisions,” noted Owens in the press release about the assessment. “Fisheries are a shared resource in a global economy, so it’s important to have a global certification scheme for sustainable fishing. Safeguarding seafood supplies is key to maintaining healthy ecosystems and vibrant fishing communities.”

It isn’t a secret

The Tuna Store makes a point of disclosing the source of the fish in each can of Ocean Naturals Tuna that it sells. (If you type in the product code on its website or use a QR code to scan it, you can find out the source.) The Tuna Store can do this in large part because of the company’s vertically integrated supply chain, Owens said. In short, it has tight controls over the fleets that supply its plants.

“We need to make sure there is full traceability,” he said. “The consumer needs to know: What’s in it? How was it caught? What’s the species? How was it harvested?"

Tri Marine uses manual processes to monitor its boats. Moving forward, the company will test video surveillance and electronic logbooks to improve the accuracy (and availability) of the data it is collecting.

Attention to sustainable business practices is also beginning to permeate the processing operations, as evidenced by the plant expansion and retrofit in America Samoa, said Tri Marine COO Joe Hamby. 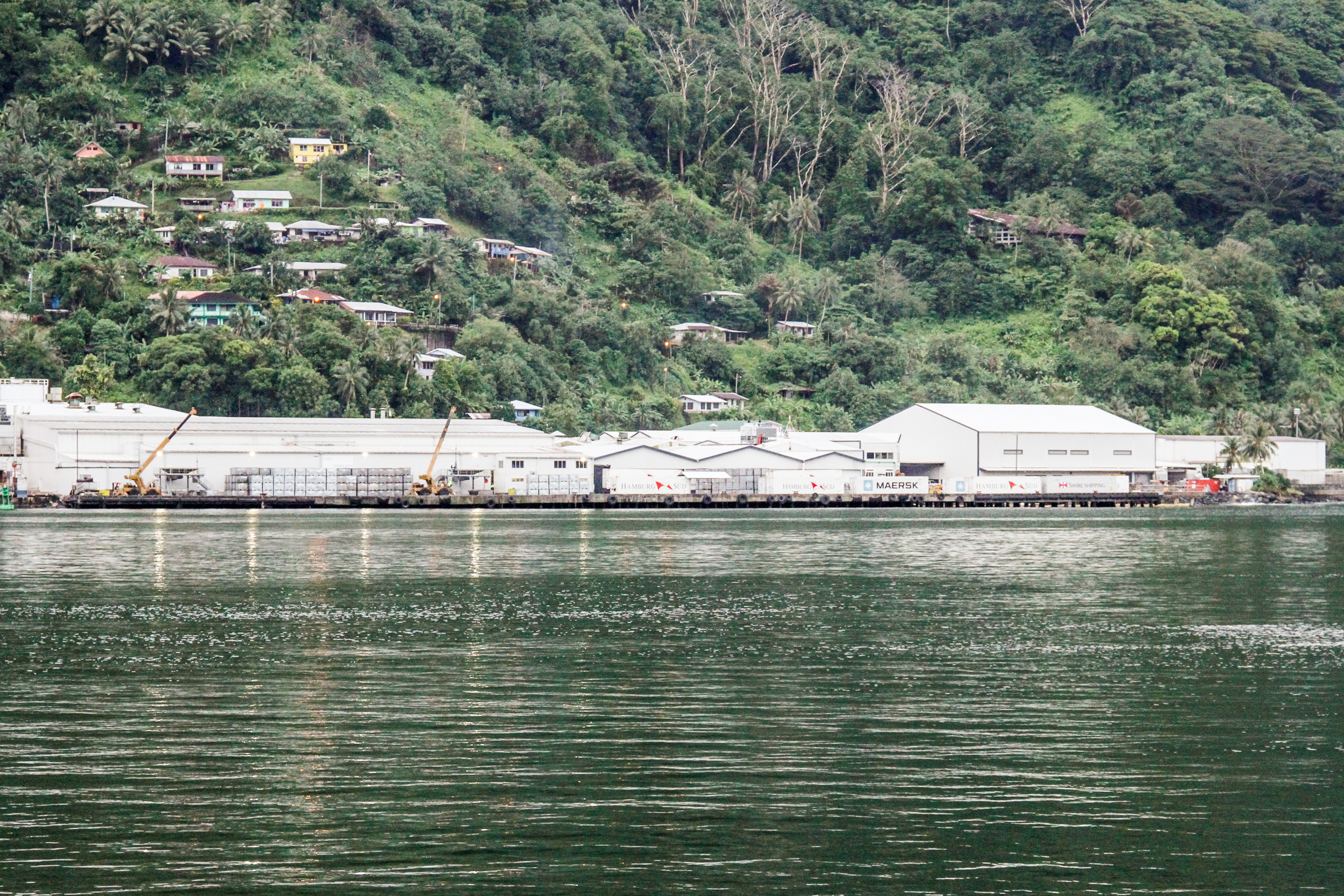 The 457,380-square-foot site uses state-of-the-art equipment, such as variable drive fans that minimize the amount of electricity needed for cold storage and LED lighting fixtures that further reduce power consumption. That’s critical, because diesel generators are the primary source of energy at the site. The building’s design also includes a unique loading dock that enables boats to place their catch directly into cold storage without being exposed to the tropical air, Hamby said.

Tri Marine also got creative about how to rid the 6.5-acre operation of the fishy smell that can pervade fishing communities. It vents the exhaust underground into a biofilter made out of coconut husks that absorb the odor.

The impact of Tri Marine’s strategy remains to be seen, but the changes it’s been making to become a more responsible steward of sustainable seafood harvesting actually were brought to GreenBiz’s attention by Greenpeace. Which suggests there will be developments to watch in the months to come.