If you live in Northern California today, health researchers may be watching your house from above. This unprecedented project is tracking the impact of urban forestry on health expenses by correlating trees’ locations with medical data from Kaiser Permanente. The researchers’ goal is to advocate on Capitol Hill for nationwide investment in urban forestry to prune medical costs. They also plan to develop an online cost savings estimation tool that communities throughout the United States can use.

"The reason this study has never been done before is that it’s really hard to infiltrate insurance data," said Matt Browning, assistant professor at the University of Illinois at Urbana-Champaign’s College of Applied Health Sciences. "Most studies look at subjective measures of health. This is a really novel study that’s taking a long time to have all the administrative elements worked out. We’re hoping to have results in the fall."

The aerial view of Northern California will be based on various geospatial data sets. High-resolution LIDAR imagery can show whether any location in the entire region consists of trees, shrubs, buildings, grass or pavement.

Without this groundbreaking collaboration with Kaiser Permanente, obtaining data from 4 million HMO members would not have been possible.

"We were lucky enough to identify an investigator who’s in Kaiser Permanente’s Division of Research and is based in Oakland," Browning said. "He has pushed this project forward in a way we wouldn’t have otherwise been able to do."

Although critics of the information technology industry have questioned the ethics of using big data to analyze health outcomes, this project is a socially responsible use of these data.

One objective of the study is to create an online data tool that communities can use to assess the health savings they can achieve by planting trees.

"The data set we have is the best one I’ve ever heard of for this line of research," Browning said. "We are using relatively objective data from the 4 million subscribers of the Northern California Kaiser Permanente HMO. They have their health records, their residential addresses and their demographics —  20 years of data. This is a decent size for epidemiology."

"We’re expecting a 1:10 to 1:100 ratio for investment in urban green space with regard to reduction of health care expenditures," Browning said. This means that investing $1 in planting and maintaining urban trees would reduce health care costs nearby by $10 to $100.

For HMOs, this is a high-leverage investment. In St. Louis, Browning said, Humana is already investing in urban green spaces. But this is not common elsewhere in the United States.

The type of green space makes a difference. One of the researchers’ goals is to classify the green space into three categories: street trees; park spaces; and private yards. Tax parcel data can show which green spaces are publicly owned.

"Looking to see whether it matters whether these are places where people can recreate or whether they are places that people just drive by,” Browning said, can show the relative value of different types of green space.

One objective of the study is to create an online data tool that communities can use to assess the health savings they can achieve by planting trees. They can paste in community data on housing density and sociodemographics to evaluate the ROI of a tree-planting campaign.

If the researchers can add cities that represent a diversity of environments nationally, then the tool will be reflective of the entire United States. Because Northern California has different seasonal foliage and weather than other parts of the United States do, Browning said he hopes to create a nationally usable simulation database by adding other cities to the dataset later.

"I’d anticipate looking at a place like Atlanta, a place like Boston or New York, and a place like Cleveland or Chicago," Browning said. However, having access to such a massive dataset from one region is already "a godsend."

Low-income communities may benefit the most

Adding green spaces in low-income communities may have a proportionally higher financial impact than investing in neighborhoods where green space is already common. Testing this hypothesis with the Northern California dataset is one of Browning’s goals.

"We’re interested in assessing whether traditionally underserved populations have differentially better outcomes from small increases in urban forestry," Browning said. "There’s actually the possibility that very marginal investments in green space in poor areas would make more of a difference than incremental investments in green space in rich areas."

Photography taken by satellites shows how low-income neighborhoods differ from high-income ones visually.

Decision makers will see the results

This massive research effort will result in public relations on Capitol Hill. After a year of writing up results for scientific publications, Browning’s collaborators plan to engage in extensive outreach for a year. National Wildlife Federation is planning to meet with legislators and their staff. Nonprofits will attend congressional committees related to public health and urban green space. A flyer will be distributed to local and national decision makers.

"An explicit connection between greening and claims needs to be made," Browning said. "It hasn’t really been talked about in the literature. This study will probably start that dialogue."

Adding green spaces in low-income communities may have a proportionally higher financial impact than investing in neighborhoods where green space is already common.

However, Browning is cautious in his optimism. Because health insurance companies are not massively investing in ending cigarette smoking, promoting physical fitness or encouraging healthy eating, he said he is not sure how highly they will prioritize investing in urban green spaces.

Cities also can make use of the online tools the project develops. "This tool will help them prioritize which areas to green to maximize return on investment," Browning said. "They could also model building a new park versus doing more street tree planting so people don’t have to commute to a park to be physically active. This modeling tool will help with the efficiency of resources on a community scale."

Outreach to Congress, Browning said, is crucial. "If we can frame greening not within a nature paradigm but in a way to reduce taxpayer dollars for Medicare and Medicaid, perhaps there would be some traction there. A return on investment, I think, is probably one of the strongest arguments for urban greening that you could make." 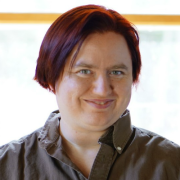