Can the US Maintain a Green Advantage Over Asia?

According to Adam Segal's new book Advantage: How American Innovation Can Overcome the Asian Challenge, the U.S. still has a lead over China and India in scientific and technology innovation. This lead is based on our commerce-driven culture, incentives for innovation and protection of intellectual property.

But things do not look as promising for the U.S. when it comes to aspects of clean technology. 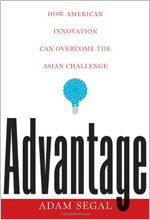 During a book signing event in Seattle last month, Segal, a senior fellow with the Council on Foreign Relations, suggested that the way for the U.S. to maintain its lead is to focus on the "software of innovation -- the cultural, political and institutional understandings and regulatory frameworks that move ideas from lab to marketplace."

According to his book, this software includes governmental policies that encourage open and flexible immigration policies, foreign investment, tax incentives, research support and more. At the regional or city level, it means creating networks that spur innovation.

The Business Case for the Book

Segal was motivated to write the book based on the disparity he saw between media coverage about Asia and his experience on the ground in China and India. "Almost every day we see stories about Chinese wind turbines or high-speed rail. The sense is that the U.S. is slowly losing our innovative and technological advantage. But that's not the sense I got when speaking to Asian technology entrepreneurs, policy makers and analysts," he said.

For example, while conducting interviews in Chinese R&D facilities, Segal noted that Chinese engineers were good at addressing a given problem but not at extrapolating how that problem would affect future products. He also observed that engineers had a difficult time collaborating, probably because they had not been taught to do so. "The Chinese education system is largely individualistic," he said. 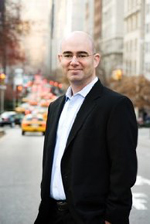 Segal said that coverage about China and India often focuses on the hardware of innovation -- such as the amount of R&D money spent, the number of patents produced, or the percentage of scientists and engineers trained. However, decisions that would bring innovations to market are soft skills like transparency, collaboration, the ability to manage across cultures and time zones, and institutional flexibility -- skills that the U.S. excels in.

In Segal's opinion, it will be difficult for China and India to narrow the gap between the hardware and software of innovation. He cited three main obstacles facing the Asian countries:

1. New ideas. Although India is now known as an outsourcing superpower, Segal suggests that India lags behind as a science power due to a lack of speed and scale. He also said that India is grappling with an outdated educational system, which reduces the ability to innovate.

"A 2007 government study rated two-thirds of India's 18,000 colleges and universities and found that 90 percent of the degree-granting colleges were poor or middling quality," he said. Segal added that the Indians fear China's rise, especially since Indian spending on R&D is basically flat.

On the Chinese side, money is not an issue as R&D spending is now the second largest in the world at 1.5 percent GDP with a goal of 2.5 percent by the end of decade. "The Chinese have ambitious plans for manned space, supercomputers, nanotechnology and more," Segal said. (For a description of some of these projects, see Adam Aston's post, "7 Technologies Where China Has Us Beat.")

"The issue is the heavy government hand that comes with the money," Segal added, noting that Chinese research decisions are controlled by the government. The key for China is to create an open scientific environment that encourages individual initiative and the pursuit of new ideas.

2. New Talent. Similar to the U.S., China and India are facing immense shortages of people, especially as their populations age. Segal said he sees reports of as many as 600,000 engineers in China, but he believes the definition is different from the U.S. "Many Chinese engineers simply work with machines or only have two-year degrees," he said. "And if India continues to grow at 6 to 7 percent, they are expecting a shortage of scientists of two million by 2020."

3. New Firms. The last few years have brought massive growth in entrepreneurship in China and India with start-ups and venture capital. Segal says that China and India are beginning to accept that risk and failure are a pathway to innovation. "The problem for China is that it has short-term incentives focused on incremental innovation. The country takes an established model and localizes it, or they take a proven product and reverse-engineer it so that they can make it faster and more cheaply," Segal says.

When asked specifically about clean technology, Segal said: "The problem with wind and solar right now is that it's all about scale and driving prices down. On that front, the Chinese model of taking established designs and process innovating seems to be more competitive, especially with the subsidies offered by the government."

The silver (or green) lining for the U.S. is that China still faces the obstacles already described when it comes to clean technology breakthroughs. In addition, the State of Green Business report published last month by GreenBiz.com shows that the U.S. may be gaining ground in the area of patents.

According to the report, "Clean-energy patents [for the U.S.] reached an all-time high in 2010, up almost 170 percent (757 patents) over 2009. Clean-energy innovation is clearly far outpacing technology in general."

Regardless of who wins the patent race, green technology cooperation between the U.S. and China does seem to be picking up speed. According to a post by Leslie Guevarra, the White House and China announced more than $45 billion in export deals during President Obama's January summit with Chinese President Hu Jintao. More than two-thirds of the deals involved energy efficiency, emissions reduction and clean tech solutions.

Examples of the agreements between U.S. and Chinese companies include wind power, ethanol, thermal energy and lithium batteries for electric vehicles. Segal commented on the announcement on his blog, noting that "...on many of the technology issues that have been major irritants to bilateral trade, the Chinese appear to have made significant concessions."

Yet another example of collaboration is the U.S.-China Clean Energy Research Center, established in 2009, which facilitates joint research and development on clean energy technology by teams of scientists and engineers from the United States and China. Universities, research institutions and industry participants are focusing on research related to energy efficiency, clean coal and carbon capture and storage.

Taking Advantage of the U.S. Advantage

Segal summed up his Seattle talk by saying the U.S. should take advantage of the emergence of China and India. "The U.S. system is tightly tied to these countries already. We have extensive alumni networks that feed back into those countries; we have major universities collaborating on scientific research. Now we need to leverage these things -- to remain open to immigration, investments and new ideas," he said.

In closing, he added: "We need to think about what is happening in Asia and how the U.S. can be a part of it." 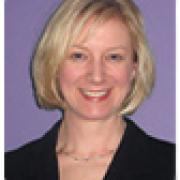 Younger generation of entrepreneurs speaks out on green

How Bill Gates Would Solve the Climate Crisis

Building the Next Generation of Sustainable Solutions

Getting Up to Speed on Triple Bottom Line Reporting