The landmark American Clean Energy & Security Act (ACES, or "Waxman-Markey," as it's commonly called after its sponsors, Henry A. Waxman of the Energy and Commerce Committee and Edward J. Markey of the Energy and Environment Subcommittee) passed the U.S. House of Representatives late last month, and its counterpart bill is set to go before the Senate in mid-September.

If the Senate bill comes out looking like the House version, it will reduce greenhouse gas emissions and create an unprecedented demand for domestic and international carbon offsets -- up to two billion tons annually.

Demand for offsets is a critical part of any cap-and-trade scheme because it funnels money into low-carbon technologies that aren't yet market-viable and reduces the costs of compliance by allowing companies to effectively neutralize their own emissions by paying others to reduce emissions more cheaply.

Many market participants, however, say the Act fails to create demand among a critical sub-set of polluters: namely those who can reduce their emissions now, and be recognized for their early action when the reductions become mandatory.

ACES aims to stimulate that demand by giving credit to companies that reduce emissions by engaging in activities sanctioned by just two of the world's 17 voluntary carbon reduction schemes -- a restriction that critics say fails to promote the reduction of greenhouse gas emissions today and may even provide an incentive to hold off on improvements until later, when reductions become mandatory and offset project developers can sell their credits directly as compliance credits for supposedly higher prices.

The Benefits of Early Action

"The issue of how to treat early actors who are clearly trying to do the right thing for the environment has become an important part of the conversation in the House and the Senate," says Alexia Kelly, a Senior Associate at the World Resources Institute (WRI), a non-partisan environmental think tank that has been informing policymakers on a variety of offset-related topics.

"Figuring out an equitable way to increase their participation in the system, whether through an allowance set-aside or early actor offsets is integral to stimulating early emissions reductions," she says.

At the heart of ACES is a compliance-driven trading scheme which will likely be the means by which the United States fits into whatever global greenhouse gas reduction plan replaces the Kyoto Protocol at the end of 2012.

In its current form, however, the scheme would use voluntary carbon offsets to promote early action by recognizing offsets from approved voluntary programs either until the compliance program is developed or for three years from the date of enactment of climate legislation, whichever comes first.

Then, once the compliance scheme begins, companies can swap approved voluntary credits for compliance credits. Pre-compliance has been a motivating force behind voluntary offset transactions for several years, but to date it has remained secondary in transaction volume to "pure" voluntary buys, which are driven largely by public relations and corporate and personal ethics.

Not all voluntary offsets are created equal, however. ACES only leaves the early action door open to emission reductions occurring after 2009 from projects begun between January 1, 2001 and January 1, 2009.

In addition, these early actor offsets would have to be generated under two specific standards that are not followed widely outside the United States, and from projects involved in programs meeting the following requirements:

"These requirements were carefully crafted to ensure not only the quality of the offsets eligible for early actor crediting, but also the transparency of the early actor offset system," says Kelly. "That the public and other market participants have full access to and can fully understand what constitutes an early actor offset is extremely important."

While the goals may have been crafted for noble aims, the exclusivity of the requirements leaves many credible voluntary programs out of the eligibility ring to supply early actor offsets.

In fact, only two out of 17 existing voluntary standards or U.S. regional trading schemes make the cut: the Regional Greenhouse Gas Initiative (RGGI) and the Climate Action Reserve (The Reserve).

Nod to the States

RGGI is a regulated carbon trading scheme involving ten northeastern US states that began in September 2008. The scheme has yet to create a need for offsets, as the requisite allowance price point of $7.00 -- the lowest price to be met in order for offsets to be used in the scheme -- has yet to be reached. So, no RGGI offsets even exist, currently, to be turned into early actor offsets.

The Reserve is another state-sanctioned offsetting program. Formerly known as the California Climate Action Registry, The Reserve is both a voluntary carbon standard and a credit accounting registry that has been endorsed by state legislation to supply offsets into California's regulated cap-and-trade scheme, known in policy circles as AB 32.

While these two are the only programs that meet the early-offset program rules as outlined in the final ACES Act, between the release of the draft Waxman-Markey bill and the final bill passed on June 26, 2009, text was added that leaves the door open for other voluntary programs that either began after January 1, 2009 or do not meet the state or tribal-legislated criterion to be given the nod. These programs are able to petition approval from the US Environmental Protection Agency (EPA) to source early actor offsets.

On to the Senate

Across Capitol Hill, the present public discussion of cap-and-trade in the Senate remains at a higher level, focusing on the bigger picture questions of the value of offsets in a cap-and-trade scheme and, even, the efficacy of a carbon market.

"Some people have assumed that offsets are being widely discussed today across the Senate as an economic opportunity under cap-and-trade," says Phil Ovitt, Senior Policy Analyst at carbon investment firm C-Quest Capital. "But most of the debate they've had [in the Senate's Environment & Public Works Committee] turns out to be more high-level: the merits and perceived pitfalls of a cap-and-trade scheme on the economy."

Ovitt says that certain offices, such as that of Sen. Debbie Stabenow (D-MI) and various Senate Committees are delving into the details of early actor offsets and project type eligibility, but many of these conversations have -- for the most part -- yet to reach the Committee level. Stabenow's office is expected to release an amendment regarding domestic offsets prior to the floor debate on a cap-and-trade bill.

Despite the still "big picture" nature of public Senate conversations to date, representatives of voluntary standards and the sectors that stand to gain from offset revenue have been actively meeting with Senators and their committee staffs for months to gain endorsement in the Senate climate bill that Sen. Barbara Boxer (D-CA) -- chair of the Environment and Public Works Committee -- aims to have pieced together by September 8.

What this means is that any meatier public statements regarding project types and early actor credits both in and outside the US market -- from the voluntary market to the Kyoto Clean Development Mechanism -- and whether they will be eligible to supply offsets into a US compliance market will likely not happen until the end of the summer.

Early Action on the Hill

Among the voluntary standards actively engaging Senate staff for endorsement in the Senate's counterpart bill are the Chicago Climate Exchange (CCX) and the Voluntary Carbon Standard (VCS).

The CCX was launched in 2003 as North America's first voluntary trading scheme for carbon credits. To date, it has seen more trading volume than any other voluntary scheme in the US, but the presently low financial value assigned to CCX credits by the market for its Exchange-traded credits and concern regarding the stringency of its offset additionality requirements have hurt the CCX's reputation in recent years.

However, the bulk of VCS-verified offsets have been generated from non-US projects, which Ovitt has said may be why the VCS was not specifically mentioned in the early actor program list in the original Waxman-Markey draft.

David Antonioli, CEO of the VCS Association, notes the importance that expanding the list of eligible early action programs would play in both meeting the cap-and-trade scheme's cost-containment goals, and helping the Scheme's administrator learn how various sources of offsets can help inform the development of a robust system in the long run.

"There's a real opportunity during the transition phase, between now and when the scheme kicks off for parts of the voluntary market to deliver real, additional and permanent credits to meet the cost-containment objectives of the bill and to provide the agencies involved valuable first-hand expertise on how to design a system that works effectively," he says.

As the ACES Act is written, however, "there's a risk that by restricting the number of platforms eligible to source these early action credits, we'll have some real problems reaching the cost-containment goals of the bill."

The trick, Antonioli points out, is to encourage as many early emission reductions as possible while still only allowing high-quality offsets into the system.

This is a question the Senate will be grappling with soon enough.

Cashing in Voluntary Credits: the Ratios

So how much compliance credit would future regulated buyers get for their early offset purchases?

The current one-to-one ratio represents an appealing opportunity for companies anticipating to be regulated (as well as credit brokers and project developers targeting these companies) to consider voluntary offsets as a means of more cost-effectively meeting their compliance requirements.

Whether a cap-and-trade bill will even make it through the Senate remains a question, however, which will has encouraged some likely-to-be regulated companies to wait until a scheme makes it through both houses of Congress before investing in voluntary offsets.

Ovitt, whose firm engages in credit trading in addition to project investment, explained that the overall trading volume of pre-compliance voluntary credits will be relatively small compared with the trading of up to 2 billion compliance-grade offsets.

Still, he remarks, "For the time being, in the U.S., the voluntary markets and early action are all we've got."

Allison Shapiro is currently pursuing her MBA and MS degrees in sustainable enterprise at the University of Michigan. She was formerly a carbon markets program associate at Ecosystem Marketplace, where this article originally appeared. 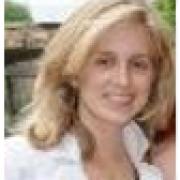 See all by Allison Shapiro