This means some 67 million Americans will live in places where recreational pot is legal — an almost 300 percent increase. And this means huge new demand for electricity.

Utilities and state regulators can smartly manage this new energy demand by supporting energy efficiency investments, generating power on-site with clean distributed renewables and shifting consumption to times of low net load (the electricity demand minus the generation from solar and wind) to improve system efficiency and help integrate renewables.

Over 90 percent of legal marijuana is grown indoors, where it requires high-intensity lighting and climate control, giving grow facilities energy densities similar to those of data centers.

In 2015, Colorado’s marijuana industry consumed 300 gigawatt hours (GWh) of electricity, including over 2 percent of Denver’s total demand. The Pacific Northwest is expected to see marijuana load on par with electric vehicle load over the next 20 years. California and the other new states may see several terawatt hours (TWh) of new demand — comparable to the entire demand for Washington, D.C. or Rhode Island.

Over 90 percent of legal marijuana is grown indoors... giving grow facilities energy densities similar to those of data centers.

As many states seek to cut carbon emissions from their electricity sectors, this new energy demand presents a significant challenge if not managed effectively. Each state is working toward renewable energy goals, requiring a certain percentage of their electricity to come from renewables by 2030 — Massachusetts and Nevada 25 percent, Maine 40 percent and California 50 percent.

Significant load growth from marijuana could require much more solar and wind construction to meet these goals. If growers use energy at the wrong times of day, they may drive more fossil fuel generation, while excess wind and solar are curtailed at other times.

Energy costs are also a large burden for growers, ranging from 20 to 50 percent of their operating costs (PDF). Growers can reduce these costs by investing in energy efficiency or on-site clean energy generation, but are held back by financing limitations and concerns about production impacts.

Notably, LEDs offer significant energy savings both because they use much less energy than the standard high pressure sodium (HPS) and metal halide lamps and because they generate less heat, meaning that the associated HVAC system can be smaller and use less energy.

More recent technology offers better results, but growers are still learning how best to use them through trial and error. Other efficiency measures include double-ended HPS and ceramic metal halide fixtures, variable frequency drives for HVAC equipment and other climate control measures. Utilities can help by offering rebates on efficiency upgrades for the marijuana industry — as Xcel does in Colorado — and even by offering on-bill financing to mitigate the industry’s limited access to capital.

Utilities also should manage the timing of this new load to avoid costly upgrades to peak generation and transmission capacity, and to better integrate more solar and wind power. In Colorado, for instance, most marijuana growers face large demand charges and low costs per unit of energy.

The demand charge is typically non-coincident, meaning the customer is billed based on highest demand in any 15-minute interval during a month, regardless of whether that demand occurs during the system peak. As a result, marijuana growers even out their electricity consumption as much as possible, consuming the same amount of energy every hour of the day to minimize their demand charges.

To encourage these beneficial load profiles, utilities should consider time-varying rates tailored to the marijuana industry.

While utilities traditionally have prized these flat load profiles, the increase in variable renewable energy generation makes this approach less valuable in certain regions. Rather, the grid is better served by shifting energy to periods of low net load. Net load is the electricity demanded by customers, minus the generation from solar and wind; it is the leftover energy that must be met by dispatchable generation.

Fortunately for these states, a significant portion of demand from marijuana grow operations can be shifted to different times of day. The largest source of energy demand in grow operations is lighting, with major demand also coming from air conditioning needed to offset the heat given off by high-intensity lamps. Together, up to half of marijuana’s energy load may be dictated by lighting schedules.

Grow operations commonly split facilities into several small rooms to prevent the spread of disease, and their lighting schedules can be staggered to minimize costs. As plants move through seed/clone, vegetation and flower stages, they receive less light per day.

Today, most growers stagger lighting schedules in the different rooms to achieve a very flat load profile. However, if the grower were presented with the right incentives, load could be shifted away from peak times of day. Taking Xcel’s 2–6 p.m. Colorado peak as an example, vegetation and flower lighting schedules could be moved off-peak to reduce lighting demand up to 72 percent during the afternoon peak. Even a facility with 24-hour vegetation lighting can reduce peak lighting demand by one-third:

The optimal load profile will differ by state. In Hawaii (where recreational marijuana is not legal), the utility is piloting a rate structure where energy is cheapest in the middle of the day, when solar power is abundant. California will be in a similar position in the coming years, as the "duck curve" phenomenon continues to grow, with a deep trough of net load in the middle of the day. In these cases, it would be beneficial to shift the vegetation and flower lighting to midday to consume solar power, and to avoid the evening peak demand after the sun goes down.

To encourage these beneficial load profiles, utilities should consider time-varying rates tailored to the marijuana industry. Many utilities already offer industry-specific rates for data centers, and one utility in Washington state already offers a marijuana-specific rate. These rates could take into account the specific profiles of energy use associated with growing marijuana, and shift a significant portion of this large, new load to more optimal times. They will be most successful if they avoid afternoon or evening net load peaks while still allowing ample time in the morning for day shift employees to work in the lighted flower rooms, and if they offer growers a chance to meaningfully reduce energy costs.

Just as utilities and regulators in many states are planning for the integration of electric vehicles with time-varying rates specific to EV charging, they should pursue the right time-varying rates to efficiently integrate new marijuana load onto their systems. This could enable greater penetration of renewable energy and make the system more efficient and affordable for all customers. 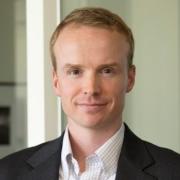