Can we tackle climate change by hiding the language?

There is significant private sector and subnational action on climate change in the wake of the Trump administration’s withdrawal from the Paris Accord. At COP23, Michael Bloomberg and California Gov. Jerry Brown announced America's Pledge showcasing unwavering commitment across the country validated by 2,300 signatories to the "We Are Still In" declaration.

The result is a wave of renewable energy and efficiency goals, unprecedented transparency and disclosure, and a growing movement for setting Science-Based Targets. The game is changing as corporations, state and local governments, and other stakeholders acknowledge the risks of climate change.

The big question that remains is how to frame the intentions to achieve real action.

Today the message determines opportunity. The comparison of a recent legislative proposal and the conversations amongst sustainability leadership demonstrates how the language of distinct proposals can lead to the same climate change mitigating impacts.

On Feb. 18, the Smart Building Acceleration Act of 2018, H.R. 5069, was introduced. Not once does the bill mention climate or sustainability, but if in fact the technologies are deployed and used across the government building stock, the efficiency gains would have a positive impact on the portfolio's carbon footprint.

Even within like-minded audiences, it is apparent language can energize supporters or divert opposition.

The program is positioned to save energy, showcase technology innovation and leverage existing initiatives to showcase the benefits. Energy savings equal cost savings, and the politicization of climate change is removed, but the impacts are retained. It is a long road ahead before this bill could become a law, but it demonstrates how messaging could drive effective climate change mitigation in the face of political opposition.

Even within the like-minded audience of the recent Climate Leadership Conference, it is apparent language can energize supporters or divert opposition.

Presenters showcased how commitment, transparency and investment can deliver bottom-line business benefits and local policy successes; and these achievements come down to the language used to promote the initiatives. The positioning makes sense — consumer products, cities, even states are working to showcase their "brand" in acknowledgement of public awareness and demand for action on climate change. Others use more traditional corporate citizenship language to achieve their objectives.

L'Oréal, for example, spoke to its goal of carbon neutrality by 2019 at the conference. Its proclamation: "Sustainability isn't just something we want to do, it's who we want to be." The consumer products industry recognizes the power of brand and the direct commitment to emissions reductions. L'Oréal's message was clear. Considers this statement from CEO Frédéric Rozé in the corporate press release: "We have seen that a dedication to sustainability fosters innovation, inspires creativity and builds a strong team spirit. This new milestone can be credited to our passionate teams and their vision in finding a new renewable energy approach that benefits one of our local communities while being a long-term, financially viable solution."

In Western states, including Colorado, the topic of climate change can be contentious — the interface of the oil and gas industry, rural community priorities and major international forces defending the future of the winter mountain economy.

Gov. John Hickenlooper explained in a keynote speech that one way Colorado is framing climate commitments is by tying it to a "love of place" that can bring people together and deliver important climate action. The results have included landmark methane regulations, proposals for closing coal plants while delivering lower electricity costs and even regional collaboration.

The message is critical: In order to be successful, climate action must be inclusive and positioned carefully.

He noted: "Why is it that we have had so much trouble, so many people resisting, even acknowledging climate change? … Because just as we have seen in the last several elections, a large number of people … feel they have been left behind economically … and they look at these changes as probably going to hurt them or disadvantage them financially."

The message is critical: In order to be successful, climate action must be inclusive and positioned carefully. Focusing on the co-benefits of the changes that tackle greenhouse gas emissions can help overcome the politics and barriers both at the corporate and government levels.

Use technology to bridge the gap between politics and action

In the past 12 to 18 months, there has been a notable trend of rebranding and positioning in the intelligent buildings market that underscores the value of business messaging.

Many companies that first claimed their role in the intelligent buildings market with building energy management systems (BEMS) have shifted to casting their products with more broadly applicable building analytics or Internet of Things platform branding. The strategy certainly rides the wave of the media buzz around technology trends including IoT, but it is rooted in the feedback and expectations of customers.

Intelligent buildings have a huge role to play in the battle toward climate change mitigation, and the information technology foundation is the keystone of value creation. The data creation, aggregation, communication and analysis made possibly by IoT creates insights and directs actions with the co-benefits of reducing emissions and improving bottom lines.

The message of intelligent building analytics and IoT parallels the messaging of sustainability or efficiency in the climate change debate. The critical focus on messaging delivers the biggest benefits. Corporations, regional and local governments, and other stakeholders can achieve their climate change goals if they are willing to explore messaging that overcomes adversaries and talks up the benefits experienced by their advocates. 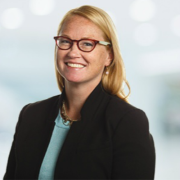 Climate, COVID-19 and the economics of decarbonizing buildings

These 4 data streams provide the key to smart buildings

See all by Casey Talon