<p>With a water crisis looming, this effort seeks to tackle the food-energy-water nexus head on with governments and businesses.</p>

Energy and water, two of our most important global resources, are inextricably linked. And yet when it comes to planning, the regulatory agencies in charge of managing these precious resources are often separate and uncoordinated in their decision-making. With the World Bank’s recent unveiling of its Thirsty Energy initiative, it seems that the energy-water nexus finally is being taken seriously, and on a global scale.

This new initiative aims to address the interconnection between energy and water head-on by providing countries with “assessment tools and management frameworks” to help governments “coordinate decision-making” when planning for future energy and water infrastructure. Fortunately, this kind of guidance couldn’t come soon enough. Here’s a cool infographic from the Thirsty Energy website to illustrate where we are and where we’re headed.

To further complicate things, climate change is expected to make the management of water and energy resources exceptionally challenging “by causing more water variability and intensified weather events, such as severe floods and droughts,” says the website.

Another key point from this initiative is that while a global water crisis is looming, many countries already are facing challenges to their electricity supplies. 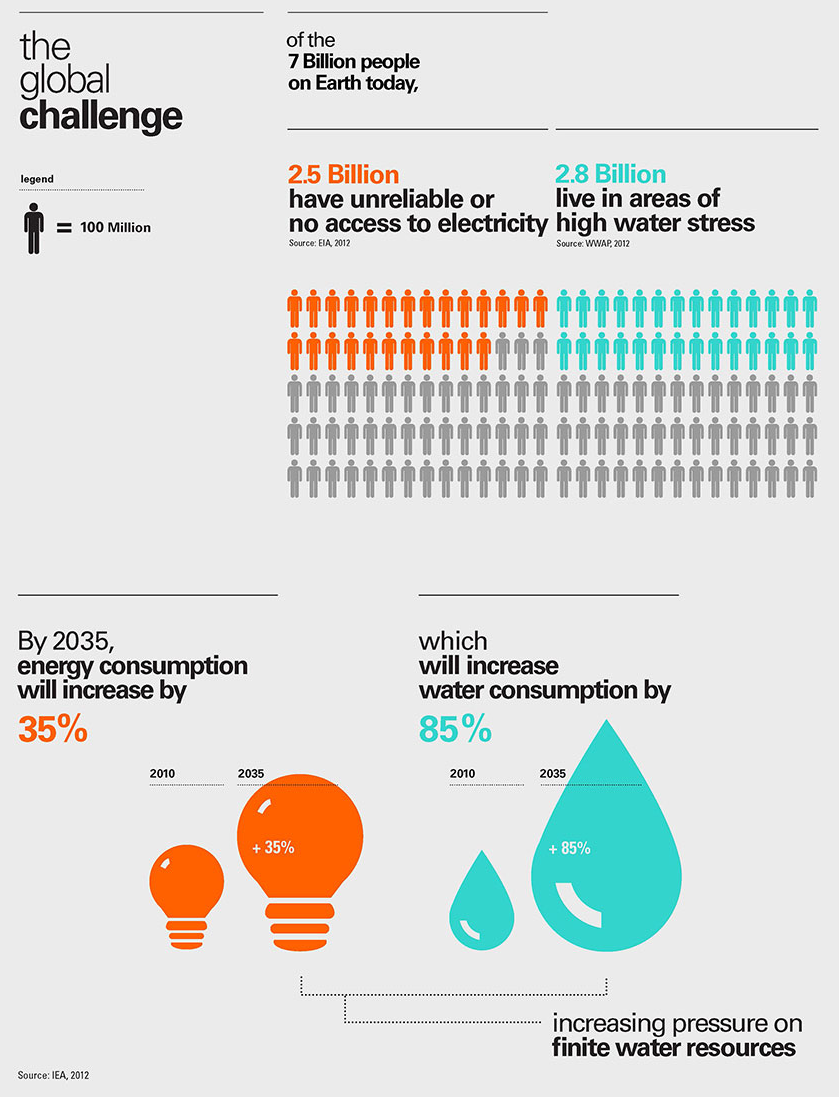 Several areas in the United States that are not considered water-stressed already have been experiencing rolling black-outs and brown-outs due to historic droughts.

More intense and longer droughts are also threatening areas such as India, China, and Brazil. In addition to being home to some of the world’s largest populations, these countries also represent an important hub of goods and services that the U.S. relies on.

Furthermore, Americans have gotten used to having an abundance and diversity of food throughout the year from countries such as India, China, and Brazil. As climate change continues to affect water and electric supplies in countries around the world, many countries' agricultural sectors will be among the hardest hit, and that has direct implications for the American way of life.

The Thirsty Energy initiative of the World Bank aims to help countries begin the process of co-managing their electric and water planning. This is the basic first step that is needed. By corralling experts from its own water and energy programs within the World Bank, as well as those in the public and private sectors, the Thirsty Energy initiative will help countries work through their divisions, and prevent a constrained future.

The initiative is based on a working paper that the World Bank published in the summer of 2013. The report offered several recommendations to address the energy-water nexus, including improved modeling in both the water and energy sectors, more integrative planning, regulatory reform and greater public and stakeholder involvement in developing solutions.

In its history, the World Bank has been responsible for some impressive financial and regulatory culture shifts. It is hoped this initiative will be one effort that brings about real change in the way countries around the world address the energy-water (and food) nexus. The World Bank is headquartered in Washington, D.C., and its president is an American. It is hoped the Bank’s effort to help countries around the world effectively address this nexus will spill over into its own neighborhood. It’s time for the U.S. and its states to take up this mantle.

This story originally appeared on the Environmental Defense Fund's Energy Exchange blog. Photo of Bangkok by potowizard via Shutterstock. 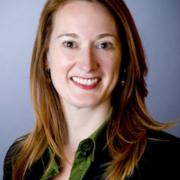 See all by Kate Zerrenner