Despite warnings that adding transportation fuels to California’s cap and trade system would wreak havoc on the market and hurt the state’s economy, the first auction to include emissions from cars, trucks, ships and the like officially sold out last week.

It's still early, but California’s economy does not appear to be any worse for the wear after as many as 449 companies complied with the expanded regulations. Businesses eligible to participate in the auction included Chevron Products, ExxonMobil Oil, Phillips 66 and numerous refineries large and small.

The California Air Resources Board reported (PDF) late last week that all 83 million emission allowances put up for sale in the February auction were purchased — even though that number was double the allowances offered in the previous auction with the addition of transportation fuels.

The sizable participation could be a sign that industry is starting to accept the costs of doing business in a low-carbon economy, analysts said.

"These results indicate that companies are making the necessary investments to comply, which is a strong indication they believe the program is here to stay," Katie Hsia-Kiung,  research fellow in the U.S. climate and energy program at the Environmental Defense Fund told GreenBiz, emphasizing that even allowances for future emissions were sold out.

Each allowance gives the holder permission to emit one metric ton of carbon or other greenhouse gas into the air.

Emissions from cars, trucks and other transportation vehicles — which account for 38 percent of the state’s emissions — were not brought in until this year, as planned. But even that delay almost was derailed due challenges filed in court by oil and trucking companies and the U.S. Chamber of Commerce.

Opponents of the expanded program claimed that gas prices would soar in California and put the state at an economic disadvantage that eventually would cost jobs and investment. The Western States Petroleum Association called it a hidden tax that would hike gas prices up by 76 cents a gallon and "increase the cost of everything that uses gasoline and diesel to transport products to market, including everyday essentials like food and medicine."

But while gasoline prices in California jumped in the past week in the wake of a fire at a major refinery in Southern California and a work stoppage at a major Northern California refinery, they changed little in January and February compared to late last year. In fact, gas prices actually fell in January because of what was happening in the global crude oil market.

Economist Severin Borenstein from the Energy Institute at U.C. Berkeley's Haas School of Business predicted gas prices at the pump in California this year would show a 10 cents a gallon rise attributable to cap and trade. But he also said that as the typical consumer uses slightly more than a gallon of gas a day, the hardship passed on to individuals at this point is about 12 cents a day and not enough to change behavior or hurt much, especially given how cheap gas is compared to a year ago.

GasBuddy has calculated that California gas prices remain marginally higher than the national average, but that margin didn't change much when the cap and trade system began to cover tail pipe emissions. Only when a fire broke out at an Exxon Mobil refinery and a labor disagreement stopped operations in a Tesoro refinery did prices spike.

The cap and trade program is part of California’s landmark Global Warming Solutions Act of 2006, in which the state set a goal to reduce greenhouse gas emissions back to 1990 levels by 2020 and to 80 percent below 1990 levels by 2050.

The cap and trade part of the legislation was launched two years ago. At that point, any industry, refinery or farm emitting more than 25 metric tons of greenhouse gases into the air faced caps on future emissions. But, to preserve some market-driven aspects to compliance, they were given the option to either change operations to lower emissions or buy allowances to continue emitting, but pay for doing so.

The state’s Air Resources Board fought these challenges and prevailed. As 2015 arrived, emissions from transportation fuels were included. February was the first auction of allowances to help entities comply this year. 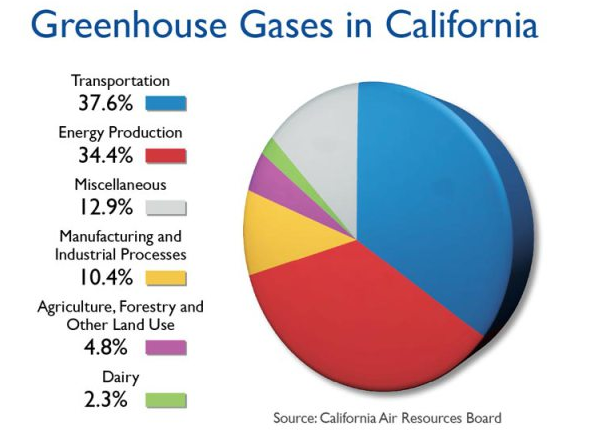 The Air Resources Board does not disclose what companies offered or purchased allowances or any other specifics other than listing "covered entities" or companies and organizations that are required to register as participants in the cap and trade program because their total emissions exceed a threshold of 25,000 metric tons of GHG.

They include all of the state's utilities, as well as oil refineries, cement makers, food processors, manufacturers, agribusiness conglomerates, gasoline distributors and retailers, cities and even universities. Numerous banks such as Morgan Stanley and Merrill Lynch are also on the list as entities eligible to participate, some trading allowances as a business opportunity or on behalf of large clients.

While the U.S. Chamber of Commerce, the Western States Petroleum Association and others argued that cap and trade would hurt the state's economy, cap and trade's defenders including California Gov. Jerry Brown say there is no evidence of that.

The Environmental Defense Fund in a study points out that California's gross domestic product grew faster than the nation's in the two years since the state's cap and trade system has been in operation. Meanwhile, emissions from this state fell 4 percent during the first year of the program.

In the meantime, California also has become a hub for tech industry activity related to clean energy, receiving more venture capital investment in clean tech — about $21 billion since 2006 — than all other states combined.

As businesses evaluate the impact of the auction system on pricing and operations, regulators in other locales are also watching with interest.

The province of Quebec liked what it saw early on and joined forces with California's cap and trade system a year ago. Now, the governments of several countries, including Mexico, China and Peru, have entered partnerships with California and Quebec to study its system and be advised by it. The U.S. states of Oregon and Washington and the province of British Columbia also are studying the system.

Ag carbon credits go to market, just as cap and trade is questioned

An inside look at California's cap-and-trade program