The car is set to undergo a massive transformation in the coming years, as automation gradually eliminates the need for drivers, and electric and hybrid vehicles occupy a growing share of the global market. But, in a future where autonomous cars arrive on demand to take you where you need to go, there seems little point in owning one.

The average car spends around 90 percent of its life parked. A shift away from privately owned vehicles towards a service — owned and run by public or private ventures — is a smart and efficient solution that will revolutionize the way traffic flows through cities. But it also could have profound consequences for existing transport systems such as trains, metros and bus services.

Give up your cars

For many, cars represent independence or freedom, so you might expect some resistance to this. But on the whole, evidence suggests that people seem ready to accept the loss of car ownership, provided alternative transport goes fast and far enough.

This is clear in cities such as London, where regular, comprehensive public transport options make owning a car unnecessary for many people. On average, there are 0.8 cars per household in Greater London, where the tube connects the city with about 250 miles of rails.

But car ownership is higher in areas where transport is less reliable. For example, residents in the Great Manchester area, in northern England, own on average 1.3 cars per household with an urban rail system extending just 58 miles. If alternative solutions are competitive, there seems to be little opposition to abandoning car ownership.

The price of anarchy

It’s likely that autonomous cars will operate as part of a networked system. This will enable them to avoid congestion, thus reducing pollution and minimizing the time people spend on the road.

This bears explaining: congestion is often caused by too many drivers all trying to take the most direct or convenient route at the same time. Only drivers who take the route early will benefit, while the rest will get caught in traffic — mathematicians call this "the price of anarchy." 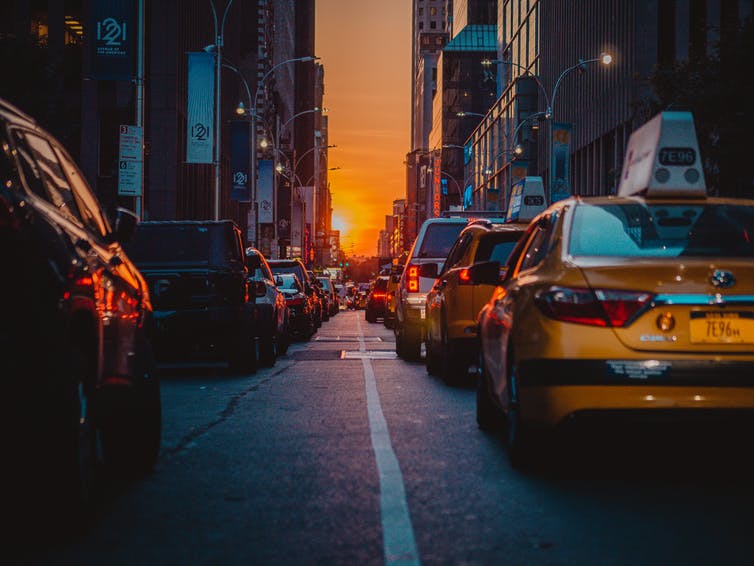 Working as a system, driverless cars will be able to distribute themselves across a range of routes to prevent traffic jams and move through the city more efficiently. This kind of system should offer further benefits over time, provided useful data collected by autonomous cars is delivered to local or city authorities that then can work to improve roads as needed.

It’s not just road traffic that will be affected by these new systems. The way people move within and between cities will change as well — and this raises major questions about public spending on infrastructure such as railways.

In general, areas have to reach a certain level of density to make public transport economically viable — enough people have to use a service to make it worth running. This is easily done in big cities, but harder to achieve in small or mid-sized ones. Autonomous cars could help by giving more people a quick and convenient way of getting to or from a station.

In general, areas have to reach a certain level of density to make public transport economically viable — enough people have to use a service to make it worth running.

But if people had the choice, they probably would take the same car all the way to their destination. As the capacities of autonomous car networks expand in the future, it raises big questions over the value of planned investments in fixed point-to-point transport such as trains, buses and metros. Even transport between cities eventually could be affected as the range of these networks grow.

It probably will be 10 to 20 years (PDF) before autonomous vehicles and the high-speed 5G network — both needed to properly address the price of anarchy — are rolled out onto public roads. How this shift takes shape will influence the way cities look and feel in the future, too. Autonomous cars have the potential to collapse travel times — and that opens up the opportunity to rethink how cities are planned.

But as the physical assets of cities change much more slowly than the digital technologies that are increasingly embedded within them, this rapidly could draw people away from those cities that do not embrace the opportunity, and towards those that do.

For citizens to benefit from the roll-out of autonomous cars, social issues must be considered in the way such networks are programmed. This means ensuring that mobility is optimized in a way that supports community cohesion — for example, by clustering homes and businesses together, and integrating other functions such as education and well-being — so that dropping the kids off at school or going to see Granny becomes easier, not harder.

Autonomous cars are going to change the way people feel about car ownership. But as these new, networked autonomous services become a reality in cities across the globe, it will raise big questions over the continued funding of public transport. Now is the time to think about how cities should be planned to make the most of autonomous cars — without losing what makes them human. 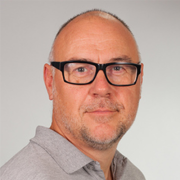 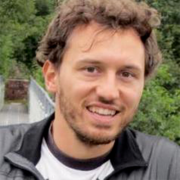 See all by Martin Mayfield