Car sharing revs up with backing from Detroit heavyweights

Who would have thought that Bill Ford, the executive chairman of the Ford Motor Co., and GM Ventures, the venture capital arm of General Motors, would invest in peer-to-peer car sharing companies?

The big automakers historically craved market share, which means selling as many new cars as they can. If Americans decide that they don't need a car -- or maybe that they only need one, instead of two or three -- the car companies could be hurt.

But Bill Ford's Fontanalis Partners, a firm that invests in "the future of mobility," invested last month in a campus-based car sharing startup called Wheelz, and GM Ventures is backing RelayRides, another startup that announced Monday that it is rolling out its service nationally.

Maybe the peer-to-peer car sharing biz is going to be a big deal. Certainly it's revving up.

To learn a little about car sharing, I arranged to speak last week with Jeff Miller, the co-founder and CEO of Wheelz. Next week, I'll interview Shelby Clark, the founder and chief community officer of RelayRides, at VERGE DC, a conference organized by GreenBiz, where I'm a senior writer. (Please join us a VERGE DC if you can.) I'll also be interviewing Steve Case at VERGE; he's been an advocate for the sharing economy as an investor in Zipcar and in a vacation home-sharing company. [For more, see How Steve Case and his company are driving the sharing economy in The Atlantic and my own blogpost, The sharing economy and me. 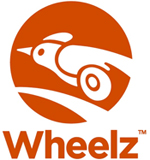 33, co-founded Wheelz last year with Akhtar Jameel, who formerly ran R&D for Mercedes-Benz North America. The company said last month that it raised $13.7 million from Zipcar and Fontinalis Partners. It currently operates on two college campuses -- Stanford and Berkeley, with USC and UCLA coming soon -- and it wants to expand, as rapidly as possible. It's one of a slew of peer-to-peer car-sharing companies that want to scale up because, otherwise, they could be left in the dust.

That's because peer-to-peer car sharing is a business that will be shaped by the network effect -- that is, the business and its network will become more valuable and useful as more people participate. The network effect helped build eBay, Craigslist and, for that matter, Zipcar which has become the dominant car-sharing brand.

Unlike Zipcar, peer-to-peer sharing companies like Wheelz and RelayRides connect individual car owners with renters, who typically pay $5 to $10 an hour for a car. They rely on mobile and Internet platforms that manage reservations, provide insurance, make payments and use electronic and GPS technologies to make it possible for the renters to unlock (and then lock) cars. It sounds complicated, but it's not.

And as companies like RelayRides and Wheelz like to tell you, peer-to-peer car sharing solves a widespread problem -- some people want mobility without owning a car, while some owners of cars that site idle would like to earn extra income (sometimes thousands of dollars a year) by renting.

"Does it really makes sense that cars are parked for 23 hours a day?" Miller asks.

Wheelz launch on college campuses for a bunch of reasons. Students tend to be tech-savvy, early adopters. They tend to trust their classmates. They think about consumption in a different way than their parents do. Most of all, some kids have cars and others want them. "At every college in America, there's supply and demand,"  MIller said. “The college and university is an ideal place to start -- the key words being place to start, not finish.”

Boston-based RelayRides, meanwhile, is expanding from Boston and San Francisco, where it currently offers cars, to the rest of the country, with an assist from General Motors. GM has about 6 million OnStar subscribers, who will be offered the chance to rent through RelayRides. GM will get a cut of the rentals, as Steve Girsky, the company's vice chairman, told the LA Times:

"Urban mobility solutions are a vital building block of the future success of GM," Girsky said. "Peer to peer concepts such as RelayRides in combination with OnStar's technology delivers against this target. We could stand on the sidelines and watch or we could choose to participate and try to make it into a favorable business model, which in this particular case, we have."

All of this is unproven, of course, and it bumps up the very American idea of owning your own wheels. Then again, we're in a sluggish economy -- which makes sharing attractive -- and the environmental benefits of car sharing are obvious.

Car sharing is one of many businesses made possible by the overlap of social media and sustainability, which will be one of the topics next month at FORTUNE's Brainstorm Green conference, which I co-chair. I'm pleased that Jeff Miller of Wheelz has agreed to speak. On our agenda, too: Ford CEO Alan Mulally and and Scott Griffith, CEO of Zipcar. It should make for some interesting car talk.

Photo of passing along car keys via Shutterstock.com; logos courtesy of Wheelz and RelayRides via MarcGunther.com