Industrial emissions are the world’s climate blindspot. Although rarely talked about, cement, iron, steel and chemical production and other sources of industrial emissions are responsible for about a quarter of manmade CO2 emissions globally. In the United States, the sector is actually the largest source of greenhouse gas emissions, if we take its electricity consumption into account. A recent report released by the Intergovernmental Panel on Climate Change (IPCC) argues that the industrial sector will have to reduce its emissions by 75 to 90 percent if the world is to get serious about capping global warming at 1.5 degrees Celsius. However, averting potentially disastrous consequences of climate change means taking urgent and life-changing actions.

The large-scale and rapid deployment of Carbon Capture and Storage (CCS) is one of them. CCS is a set of technologies that prevent CO2 emissions — for example, from industrial facilities — from entering the atmosphere. CCS involves three steps: First, the CO2 is separated from other gases and then captured (PDF) at the source of emission. In the second step, it is transported (PDF) to a suitable geologic storage site and finally injected deep — usually more than 1,000 meters — underground into rock formations where it will become permanently trapped (PDF). The International Energy Agency recognizes that in the Sustainable Development Scenario, at least 7 percent of cumulative emissions reductions are expected to be delivered by CCS.

CCS is not necessarily the star among clean energy technologies. It’s expensive and not widely deployed, so the argument goes. But what if we cannot combat climate change without it?

Unlike the electricity sector, the industrial sector cannot simply switch to renewables — but CCS can deliver deep reductions in its carbon footprint. If the world wants to reach its ambitious climate goals, by 2060, roughly half of all the emissions cuts CCS delivers are expected to be in the industrial sector.

If the world wants to reach its ambitious climate goals, by 2060, roughly half of all the emissions cuts CCS delivers are expected to be in the industrial sector.

CCS deployment has been accelerating recently, particularly in heavy industry. In fact, 16 out of 18 operating large-scale CCS projects are industrial projects. All five facilities under construction are also in the industrial sector. In Decatur, Illinois, for instance, the world’s first corn ethanol CCS facility captures 1 million metric tons of CO2 annually. The Al Reyadah project in Abu Dhabi is the world’s first large-scale CCS application at a steel plant. It captures 800,000 metric tons of CO2 per year. Other operating CCS facilities include refining and natural gas processing plants.

A report recently published by the Energy Transition Commission (PDF), a group of global climate and clean energy leaders, discusses the decarbonization of the industrial sector in detail. It affirms: CCS has an essential role to play to achieve deep emission reductions in the industrial sector. In fact, the Norwegian Government, a leader in the CCS space both on technology and policy is examining the feasibility of a full chain CCS development to capture emissions from a cement plant in Brevik in southeastern Norway. A study informing the final investment decision is expected by fall of 2019. If it results in a positive investment decision, the facility might be operating as early as 2024.

Costs vary largely among these applications in the industrial sector (PDF). Generally, costs of adding carbon capture equipment to an existing facility are lower for plants where the CO2 is already separated as part of the production process. This means that such facilities produce a pure stream of CO2, such as natural gas processing and fertilizer and bioethanol production processes. For them, the cost of adding CCS ranges around $20 to $25 per ton of carbon captured. Higher costs are associated with processes that result in a more diluted Co2 waste stream such as in iron, steel and cement production which can range anywhere up to 125$/t.

While this might seem expensive in the absence of any value on carbon, both revised and new incentive mechanisms have emerged on the federal and local level in the United States, improving the market outlook for carbon capture applications in particular in the industrial sector. In February 2018, the U.S. Congress passed an extension and revision of the 45Q tax credit, which provides $50/t for carbon permanently trapped underground, or $35/t for Co2 stored through enhanced oil recovery (EOR). The credit, which is ramped up gradually, is provided to the owner of the carbon capture equipment for 12 years, if the plant commences construction before 2024.

CCS deployment is not about replacing other effective solutions, but about complementing them. We no longer have time to choose technologies to reduce emissions.

In late September, the California Air and Resource Board (CARB) voted to include a protocol on CCS when it amended its Low Carbon Fuel Standard (LCFS) to reduce the carbon intensity of fuels sold in the state by 20 percent by 2030. With credits currently trading around $180/t, this new development is particularly attractive for bioethanol producers, who can reduce their carbon intensity by up to 40 percent through the application of CCS. In the long-term, the passage of this protocol also paves the way for CCS to be included in the state’s cap-and-trade market, setting an example for other regional carbon markets.

Investing in a 1.5-degree future

While decarbonization of the industrial sector is close to impossible without CCS, the technology can’t do the job alone either. CCS deployment is not about replacing other effective solutions, but about complementing them.

We no longer have time to choose technologies to reduce emissions. Research has shown that we need to deploy all solutions, including for example demand-side measures, energy efficiency, resource efficiency, electrification of heat and fuel switching. Exactly how many emissions reductions will be delivered by CCS depends on a variety of factors, including local and regional circumstances and electricity prices.

Investing in CCS today will prevent the cost of limiting global warming from doubling, the IPCC estimates. To compare: If renewables such as solar and wind will be off track, mitigation costs are expected to go up by 6 percent, as currently there are no effective alternatives to CCS for carbon-removing technologies and emission-mitigating strategies. This potential cost explosion demonstrates how urgently CCS needs to be deployed at commercial scale.

The world is expected to invest $90 trillion (PDF) in infrastructure by 2030. Urban centers are booming, population growth is accelerating. These developments are strong drivers for the demand for industrial products and — without CCS capturing their emissions — their increasing production will lead to dramatic pollution.

Raging wildfires, droughts, rising sea levels and hurricane threats — last summer only foreshadows the potentially disastrous effects of global warming. Strong policy support and cooperation among stakeholders, from governments and companies alike, is needed. Environmental organizations must step up their support for industrial CCS. With the world’s carbon budget shrinking and the clock ticking, more effort must be made to address the world’s climate blindspots. Let’s embrace all technologies available to us to limit global warming, especially CCS. 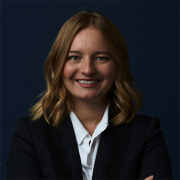 See all by Lee Beck