[Editor's note: This article originally appeared at BusinessGreen.com and is reprinted with permission.]

After helping U.K. businesses to save 29.5 million tonnes of carbon and £2.6 billion (US $4.26 billion) in costs, the Carbon Trust is ready to take on the world.

Since 2001, the government-backed company has worked with 75 percent of London-listed FTSE 100 companies, advised thousands of British businesses on energy efficiency, supported 250 low-carbon technology start-ups and certified more than 350 organizations with its Carbon Trust Standard.

But with the organization recently confirming it will see its budget slashed 40 percent from April as a result of government spending cuts, the company is keen to identify new revenue streams and its track record and expertise acquired over the past 10 years have made the Carbon Trust a highly exportable brand.

In 2009, the Carbon Trust signed a joint venture in China to develop and deploy low carbon technologies in China, last year the Australian Carbon Trust opened in Melbourne and executives have now revealed it plans to next year open offices in California to help the state's businesses cope with planned cap-and-trade legislation.

Robert Trezona, head of R&D at the Carbon Trust, is adamant international expansion is a natural next step for the organization.

"Our mission is around saving carbon first and foremost," he says. "Expansion is part of a strategic initiative that started in 2007. It has been very clear to us that the U.K. is only 2 percent of global emissions. The U.K. has been a fantastic place to develop a brand, capability and a track record and it has some of the best climate change policy in the world. From the U.S. perspective, the luxury of cross-party consensus on climate change [in the UK made it] a great place for the Carbon Trust to have started."

Part of that expansion saw the Carbon Trust open in Boston just over a year ago as part of efforts to help U.S. companies with carbon footprinting.

It has already worked with around 20 companies in the food and beverage, agriculture, personal care, paper and pulp, retail, medical products, electronics, semiconductors, packaging and apparel sectors.

Sujeesh Krishnan, head of carbon footprinting at the Carbon Trust, reckons the office is poised for further success.

"Our work from the U.K. is seen by U.S. companies as pioneering in this area," he says. "Carbon footprinting certification and labeling is a relatively new area here in the U.S. and while there are companies that provide the consulting advice to help companies measure their carbon footprints, the certification and communication systems around the carbon measurements are still in development.

"There is still a fair amount of low-hanging fruit for U.S. companies to address as lots of companies are in the early stages of this journey. In the U.K., businesses are a lot more sophisticated about these issues having looked at it for several years and so are starting to look beyond the low-hanging fruit."

However, he is confident U.S. understanding of carbon management best practices is changing fast.

"Three to five years ago, the majority of U.S. businesses were lagging behind U.K. business when it came to even thinking about, let alone implementing, carbon management and carbon footprinting programs within their organizations," he says. "However, today business attitudes are converging across U.S. and U.K. markets."

Krishnan said the main reason for the difference between U.S. and U.K. business attitudes to carbon management was the absence of regulatory pressure for companies to act.

However, there is evidence that other U.S. ordinances, such as President Obama's executive order on greening the government which requires federal agencies to follow green procurement policies, are beginning to have an impact on corporate behavior.

"It may have a significant impact on the tens of thousands of suppliers to the federal government," predicts Krishnan.

PepsiCo, Levi's and Coca-Cola are among the global brands helped by the Carbon Trust in the U.K. to improve energy efficiency and save carbon and costs. For example, PepsiCo U.K. and Ireland developed a five year plan with the Carbon Trust to reduce by 50 percent the carbon and water used in the manufacturing and supply of Quaker Oats, Copella Apple Juice and Walkers Crisps. And in 2009, PepsiCo's Tropicana became the first consumer product in North America to receive Carbon Trust certification.

"Carbon Trust is a fantastic partnership for us to work with and has helped us globally," says Robert ter Kuile, senior manager of energy and climate change at PepsiCo International. "Most U.S. businesses get sustainability. You're not sacrificing business performance, you're actually enhancing it."

Trezona says multinational corporations such as PepsiCo are leading the way on reducing emissions, despite the failure of federal climate legislation in the U.S.

"Big corporations such as GE and Johnson Controls are planning for a low carbon economy, while in the background, the government is having a puerile partisan debate which is a bit depressing," he argues. "But this is a really dynamic country, there's a lot of wealth and understanding of how to create business, how to invest and how to make things happen."

The Carbon Trust is not only looking to expand in the U.S., but it also wants to attract partnership and investment from the U.S. for start-up companies in Britain. This week it brought three British start-ups to San Francisco to help them find funding and partnerships that are currently unavailable in Europe's dwindling venture capital market.

"The amount of VC being invested in the EU is falling by about 10 percent a year -- and that was before the financial crisis," says Trezona. "Private equity is fine, but the early stage funding is struggling. They do VC incredibly well here and what we're seeing is large corporates who want to participate in low carbon technology start-ups. But we're also here to introduce these guys to some of the clean tech VCs. Yes, they are capitalists, but they do care about climate change and saving the world and they understand our mission."

Helveta was one of three U.K. start-ups at the Cleantech Forum in San Francisco last week. The Oxford-based company has created supply chain software to track timber from Africa, Asia and South America, and Patrick Newton, Helveta's chief executive officer, is impressed by the Carbon Trust's support.

"The Carbon Trust invested in Helveta because part of our product is about reducing deforestation," he says. "Between 20 percent and 40 percent of what enters the EU and U.S. is accepted to be of illegal origin. The Lacey Act in the U.S. criminalizes procurement of illegally sourced products and regulatory changes in the U.S. are driving a lot of our work. Carbon Trust has really extended our network, particularly for an area that's as niche as ours and it absolutely understands the landscape that we inhabit so it has been very good at facilitating our engagement with stakeholders and government."

iSotera, an LED lighting company, and RLtec, which has developed software to balance energy demand on power grids, were also with the Carbon Trust at this week's Cleantech Forum in San Francisco.

Greg Aliff, U.S. energy and resources leader at Deloitte LLP, reckons British businesses have a stronger grasp of the economic benefits of cutting emissions through energy efficiency. But again there is evidence the U.S. is catching up and Deloitte will publish a new study this spring revealing changing attitudes to energy use among U.S. businesses.

"The Carbon Trust is a good example of what we are seeing in the current research stages of our study: businesses are eager to become cleaner -- in large part because it improves their bottom lines," he says. "In the U.S., there is a lack of a clear forecast on the price of carbon which can make it difficult for companies to find near-term return on investment for significant capital investment."

Trezona said that the Carbon Trust's operations in the U.S. would be commercially self-sufficient and would not require the U.K. taxpayers' money that underpins much of the organization's activity in the U.S.

He also denied that the expansion was a response to the 40 percent government funding cuts announced last month, insisting the expansion plans were driven purely by opportunity in the U.S.

"Given the opportunity that the U.S. represents it can't be ignored and there is a lot of low-hanging fruit in a country where 25 mpg fuel efficiency for cars is seen as pretty good," he says. "This country consumes so much energy and it wouldn't be painful for it to change, and there's even cross-party political motivation around energy security. If we can show that people are making money then we will succeed." 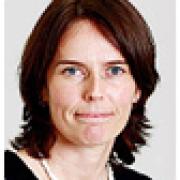 See all by Felicity Carus