After serving as launch director for the Richard Branson-backed climate think tank Carbon War Room in 2009, Peter Boyd went on to serve as the organization's chief operating officer until late 2014. Around that time, Carbon War Room merged with the Rocky Mountain Institute.

Boyd, meanwhile, has a total of more than 15 years of strategy, marketing, operations and management experience in the private sector, from serving as CEO of Virgin Mobile South Africa to VP of Marketing at Virgin Mobile USA. He recently has shifted his attention to a new social enterprise, Time4Good.

A graduate of Oxford University with a degree in philosophy, politics and economics, Boyd started his career with McKinsey & Co. Parallel to his tenure at Carbon War Room, he served as chair of the U.K.’s Energy Efficiency Deployment Office, advising on accelerating efficiency improvements across the economy. He is also on the advisory board for the World Bank’s Sustainable Development Network, the Corporate Responsibility Officers Association and Climate Nexus.

The following Q&A is an edited excerpt from a Sustainable Business Fridays conversation Feb. 6 with the Bard MBA in Sustainability program, based in New York City. This twice-monthly dial-in conversation features sustainability leaders from across the globe.

Bard MBA: I want to start with a quote from the Carbon War Room’s home page: “Almost all of the technologies needed to meet our global 2020 emissions reductions requirements exist today.”

The organization’s mission is to accelerate adoption of business solutions that reduce carbon emissions at the gigaton scale and advance the low-carbon economy. Peter, can you please get us started with your background in sustainable business, how the Carbon War Room came to be and your involvement as COO?

Peter Boyd: I had been part of Virgin group for some time — I had 10 positions in 12 years. When I was in the CEO position in Virgin Mobile South Africa, we had a conference at Richard Branson’s home. We were checking in on how different businesses were going, but in the down time, we were talking about the issues of the day that were troubling or challenging to Richard and others. One of those was the environment.

So the Carbon War Room actually came out of one of these conversations during that down time. At the time, I was trying to build out a mobile network in southern Africa by trying to use existing infrastructure more efficiently, rather than build out new mass infrastructure. I wasn't squarely in environment work at all.

But in the environmental discussion, I was able to bring up some models like the elders.org, part of Virgin Unite, Virgin’s social foundation. Within that sphere of influence, a major effort to coordinate work on AIDS and HIV in southern Africa, which was near and dear to my heart being a CEO of a South African company where 15 percent of my team had HIV.

The thought was, "Wouldn’t it be great if there was something like that on environment?" — a coordinated effort to bring entrepreneurs together to realize the business opportunities in environment solutions. So the war room piece was far more like a Clinton media war room than a military analogy. How can we get business entrepreneurs all pointing in the same direction?

So a year after this conversation I came back to London and was meeting with the center of Virgin, Richard and others, and they all said, "Remember that conversation we had a year ago? Well, it could actually be happening, and can you help?"

I was in a position to be the launch director, and so there it was, I left with the job. So, having set up businesses before, I was bringing my treatment of problems as business opportunities. We gathered our team around that. It included a CEO from the solar industry, Jighar Shah, and a chairman with a great sustainability background, the former president of Costa Rica, Jose Maria Figueres. And it evolved from there.

Bard MBA: When I contacted you earlier this week, you were working under a tight deadline for something that you said you could announce today. So is our Sustainable Fridays Podcast about to get a scoop?

Boyd: It’s almost a scoop, it’s a 24-hours-after-the-fact scoop. After the merger of Rocky Mountain Institute and Carbon War Room, I saw a great opportunity to move on to the next thing. One of those next things was the B-Team.

The B-Team is where Richard Branson and other business icons came together to focus on using business as a force for good. I have been helping as the climate adviser. What’s happening right now has to do with getting a deal in Paris between governments.

We are rallying the call for very ambitious goals. We wanted to get a letter in Christiana Figueras’ lap that effectively said, "Dear Christiana Figueras, we call on you to call on the governments to put a zero emission by 2050 ambition employed in the text. Whatever that adds up for individual country ambitions, we want the text to include that overarching goal."

We went live with that letter to her from about 11 or 12 of the business leaders and then managed to get it in the [FInancial Times], Guardian, Reuters. There is a lot of interest in why business leaders would want to cope with this target. This is the voice I think that the world needs.

Bard MBA: Let’s go back to the recent merger you mentioned between the Rocky Mountain Institute and Carbon War Room. Can you tell us how the merger was envisioned to bring the two groups together?

Boyd: Going back a step, the Carbon War Room is solely focused on business solutions to climate change and a solid belief that almost whatever happens in government and whatever happens with consumers, it is businesses providing the goods and services of the system that will power this transition as quickly as we need it.

In working with Rocky Mountain Institute, Carbon War Room found a group with the same belief on how the world must change but with a very different, but complementary skill set. Rocky Mountain Institute has been a real thought leader for 13 years in the areas of energy efficiency. They were creating brilliant answers that were potentially not getting the sunlight they deserved.

So with the merger, you’ve got the Carbon War Room engaging entrepreneurs and investors and RMI producing an immense amount of solid work. Mergers are the order of the day in business, but it doesn't often happen in the nonprofit sector. It was really nice to see people effectively saying, "Well, we’re actually better together. Rather than making a new, splintered voice, let’s combine to make a voice that is clear."

Bard MBA: That’s a really interesting, especially as you see thought leaders in sustainability coming from both the non-profit and business sector. Peter, going back to your work specifically at the Carbon War Room, could you describe one project you worked on that had an enormous impact on moving us forward as a planet?

Boyd: One of our first projects that we did, almost before we were launched, and are in fact still working on, is in the maritime shipping industry. This project is also a good illustration of the way we look at a problem, and through it to the solution.

So, the shipping industry is producing billions of tons of carbon dioxide, but only from about 100,000 vessels. If the industry were a country, these 100,000 ships would actually be the sixth or seventh largest country in the world in terms of emissions. Yet, there was an incredible amount of potential fuel savings. We estimated up to 30 percent efficiency and $70 billion a year of fuel was effectively savable but wasn’t being captured.

In turns out that there were critical market failures in the industry. One was information. It was very hard to tell a clean ship from a dirty ship. If I’m on the supply side and my ship has got all the technology it’s hard for me to convey that versus my competitors. Then on the demand side, if I want to ensure my cargo is on a clean ship, it’s hard to pick them out in the marketplace.

On the information side, we created the first index for ships. Just like you have the Energy Star rating, we created a database online for free on www.shippingefficiency.org. The second track was then saying, “Well, that’s all very well but who is going to act on it?” Instead of going to the policymakers, as the entrepreneurial NGO, we went to the fuel buyers and asked, “Why aren’t you saving $200 million of your $2 billion fuel bill from cargo? You could be, just by using the index.”

It’s a good example where, if you take a step back and say there’s money to be made here, entrepreneurship can really power change without too much meddling or extra regulation from government. We just have to solve those market failures to get money flowing in the right way. We then look at that principle and say which other sectors could we potentially help in the same way.

BardMBA: Are there other specific sectors where you think there is an opportunity to apply this same strategy to emissions reductions?

Boyd: Yes, trucking is one sector that the Carbon War Room is looking into, which is actually quite similar to shipping.

Aviation is another. Aviation is very interesting in terms of efficient fuels because it is economic in the long run but is a very expensive shift in the short run.

Bard MBA: You are someone who looks at every problem as an opportunity. How does that relate to your new non-profit, Time4Good?

That got me thinking about other market failures that I can turn my attention towards and one of those is time. This led me to my new business, Time4Good. I am creating a business where 90 percent of the revenue will actually go to charity through a product designed around those whose demand on their time far outweighs their supply.

For those who are at the top of their field, their time will be demanded far more than supply could ever cope with. So the service is for the Richard Bransons of this world. He might get 20,000 business plans a month, each only asks for 10 minutes of his time, but if you’ve got 20,000 of those you just can’t handle all of them.

I am creating a system designed around this problem. For each request, the system generates an email that effectively says, “I only look at business plans on Friday at 10, please buy a charity raffle ticket for that time slot here.”

From there, 90 percent of the revenue goes to charity — 70 percent goes to Richard’s charity, 10 percent to the buyer’s and 10 percent to my basket of charities as well. The idea is to create a triple win. Richard is relaxed, all 20,000 emails are responded to, the requestor knows they are either in this week and preparing furiously or out and buying next week, and the charities reap the benefit.

So that’s the plan, trying to create a market for time. 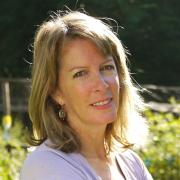 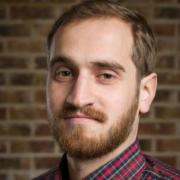 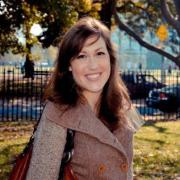