If you can't beat 'em, join 'em: Some big companies are opening trade secrets and processes to progress faster.

Industries from athletic shoe manufacturers to EV automakers have opened trade secrets and launched collaborations, borrowing a page from the open source software industry about sharing ideas to advance technology.

Many of the latest collaborations are aimed at propelling sustainability in an economy where few investors are willing to risk big investments in low-carbon innovations.

Cargill, the food and agricultural products conglomerate, this week announced it will open access to its carbohydrate feedstocks and colocation support services to any firms that are licensees of Genomatica, a biotechnology company with a process for converting biomass and biowaste into chemicals commonly needed by industry. Their aim, the companies said, is to "accelerate production of renewable chemicals."

Meanwhile, Coca-Cola Company announced a collaboration with Liquid Light to jointly develop the start-up's process for converting CO2 to a key chemical ingredient for plastic-like packaging. With this work, they hope to scale Coca Cola's PlantBottle initiative to be able to make 100 percent plant bottles in large quantity.

Liquid Light's technology makes mono-ethylene glycol from captured carbon dioxide, particularly in concentrations that are emitted from agricultural-based industries such as ethanol production.

Genomatica's process replaces petroleum of the type used in plastics with a biomass-derived chemical, BDO, that has a similar molecular structure and functional performance. It then can be used to produce plastics, synthetic clothing, packaging, auto parts, plastic bags, etc.

Underscoring the seriousness of the commitment, Cargill made an equity investment in Genomatica.

Liquid Light CEO Dave Law told GreenBiz that the idea behind his company's technology is for industries such as ethanol producers to realize revenues from their CO2 emissions by capturing it and turning it into mono-ethylene glycol, a key ingredient for PET.

For the last five years, Coca-Cola has been developing and improving its PlantBottle program, a technology effort to move away from petroleum-based plastic packaging and make bottles from plant-based PET materials instead. It gradually has been increasing the percentage of the bottle that is plant-derived and in June, it produced its first 100 percent plant based Coke bottle.

Coca-Cola told investors that its strategy for advancing PlantBottle is to partner with biotechnology companies to develop technologies that could be scaled. Liquid Light’s process is a way to make the mono-ethylene ingredient in those bottles relatively cheaply.

Law said the two companies are building a manufacturing facility that by early next year will be producing samples and prototypes. Their vision is to scale up with continuous improvements to the process to reach commercial production in four or five years. 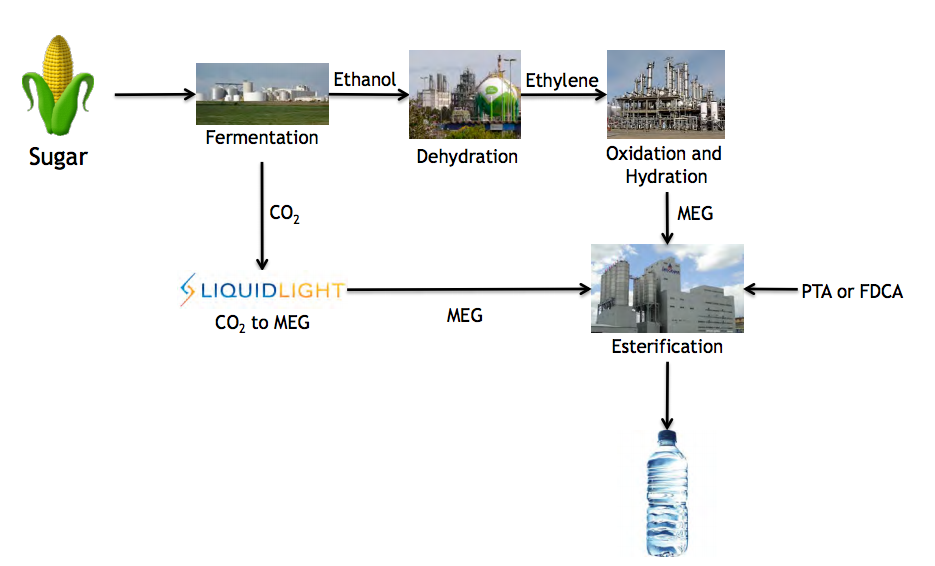 Beyond a one-to-one deal

Cargill’s move is notable in that it is making its carbohydrate feedstocks available to any number of companies  — some of whom could be competitors — who want to use Genomatica's GENO process technology to convert biowaste and biomass into industrial chemicals.

Genomatica has other partners in the industrial and chemical products industry. BASF agreed in 2013 to make renewable Butanediol using Genomatica's process and is the first company to make commercial quantities of a product using Genomatica's GENO process. Novamont, Versalis and Braskem are also partners.

But in opening up its feedstocks and processes to any number of licensees, Cargill's deal with Genomatica goes beyond one-on-one negotiations or projects involving the two companies. Any number of companies might become licensees.

Brian Silvey, vice president of Cargill’s Corn Milling operations, said this will help Cargill “expand its presence in the industrial biotechnology space” and broaden its portfolio of sustainable production solutions. Cargill is also making its colocation services and operational services available. It said it will build, own and operate plants for select customers that enter licensing agreements with Genomatica.

Genomatica's mission is to change the industrial landscape to greener processes, to "develop biotechnology-based manufacturing processes that enable its licensee partners to produce the world's most widely used chemicals a 'better-way' from alternative feedstocks, with better economics and greater sustainability than petroleum-based processes." 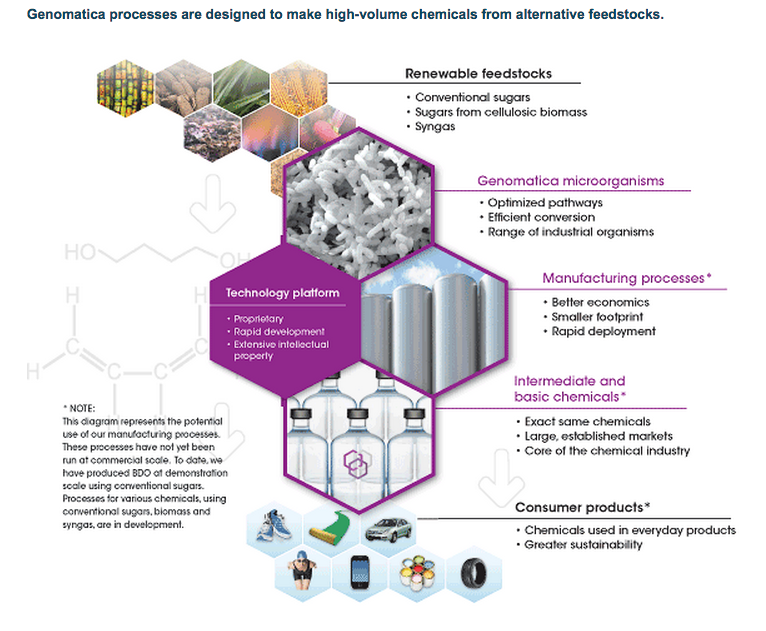