Motivational experts have for years argued about whether incentives ("carrots") or threats ("sticks") are more effective, and we're seeing an array of both being applied to mulish Congressional opponents of major climate legislation.

Many of us have heard about the Obama Administration's "Carrot and Stick" strategy. The first carrot is represented by the Waxman-Markey/Kerry-Boxer cap-and-trade legislation in the House and Senate respectively. Opponents -- including conservative Democrats and most Republicans -- are being told that if they fail to allow the carrot to pass, they will get the stick: Environmental Protection Agency (EPA) regulation using the old Clean Air Act (CAA) via the Supreme Court's endangerment finding.

Policy experts on both sides agree that the CAA is a "blunt instrument" for implementing major climate policy. For a start, the EPA must work to avoid a flood of permit applications to state environmental agencies for Title V and Prevention of Serious Deterioration (PSD) permits for CO2 emissions. On September 30, 2009, the proposed rule for "Greenhouse Gas Tailoring" was published by EPA, amending the permit thresholds for CO2 upward from 100 or 250 tons per year (for existing CAA pollutants) to 25,000 tons per year.

This is a message to opponents of cap-and-trade: "The Administration is serious about using the CAA if the senate bill fails to pass."

If the U.S. heads down this path to reduce climate warming gases, there would almost certainly be no possibility for emitters to purchase offsets to meet their CAA permit restrictions. It may turn out that the cap-and-trade programs created for emissions of sulfur dioxide (SO2) and nitrogen oxides (NOx) under the Acid Rain Program is extended to include CO2, so there may be a price on carbon and a market for trading allowances between emitters. Such a market would be much smaller than one that includes offsets and is wide open to buyers and sellers of all types, so the brokers and middle men would not be happy.

Some opponents of cap-and-trade think the smart way forward is to "call their bluff." They say cap-and-trade should be voted down and the not inconsiderable burden placed on EPA staff to try to implement their CAA Stick. They expect only slow progress from EPA which could be delayed for years with litigation.

Even without the litigation, the EPA are saying in the "GHG Tailoring" proposed rule that they will begin a five-year phase 1 (probably in 2010), then write a report in year six (probably 2015) before deciding on how to proceed with phase 2 (probably starting in 2016). That sounds pretty slow to me.

Senator Maria Cantwell, D-Washington, drafted a 32-page "Carbon Limits and Energy for America's Renewal (CLEAR) Act of 2009" that takes a very different approach than any of the policy ideas so far. Rather than limiting carbon emissions it limits carbon inputs into the economy.

Provisions of the CLEAR Act include:

The bill is much simpler and easy to understand than the cap-and-trade bills, and sends a much clearer price signal to regulated businesses.

There would be no offsets, no free distribution of allowances and the word "trading" does not appear in the text of the bill. Apparently Cantwell is not a fan of carbon trading. And Big Oil and Big Coal are not likely to be fans of Cantwell's CLEAR bill.

If Kerry-Boxer fails in the senate, the CLEAR bill might find support with those who share the senator's distrust of carbon markets and manage to narrowly pass, but it would be a long shot. If it did pass, the House would need to pass a similar bill, which adds another degree of uncertainty.

Senator Tom Carper, D-Delaware, has introduced legislation that sets the stage for regulation of three pollutants (3P) -- SO2, NOx and mercury. This bill would relieve EPA of the responsibility of fixing CAIR (Clean Air Interstate Rule) as directed by the U.S. Court of Appeals.

Carper's bill would create a new SO2 trading program for the lower 48 states with lower limits on total SO2 allowances in 2012.

The new NOx trading program would create two zones with different caps -- an eastern zone and a western zone. Both SO2 and NOx programs would operate as cap-and-trade, like the existing Acid Rain Program.

But for mercury there would be no cap-and-trade program. Carper intends emitters to invest in scrubbing technology, and sets a drastic 90 percent reduction requirement for 2015.

Carper's 3P proposal might get passed out of the Environment and Public Works Committee and voted on in its current form, or we might see Boxer allow it to be simply inserted into the Kerry-Boxer bill.

It is hard to predict if such a move would help or hurt the chances of passing Kerry-Boxer. For big emitters it would add up to even more federal regulation of air pollutants, even faster, which is a stick few of them will welcome.

On October 11, 2009, an op-ed ran in the New York Times titled "Yes We Can (Pass Climate Change Legislation)" and co-authored by Senators John Kerry, D-Massachusetts, and Lindsay Graham, R-S.C. They claim to have created a bi-partisan "framework for climate legislation" that is comprised of five initiatives.

The op-ed by Kerry and Graham refers to "imposed regulation" (see Stick No. 1 above) if Congress does not pass climate legislation. One reviewer of the op-ed predicts that this proposal could get the votes needed to pass, primarily because of its support for nuclear energy that could bring in key Republican supporters.

Not only is it impossible to see a clear frontrunner in this horse race, it is almost as tough to guess how long it will take for them to get around the track to the finish line. Even with the delays we have seen caused by the healthcare reform debate, I think we will see a Senate vote on a major climate bill before Christmas. If it fails, a second bill could follow without much delay.

Democratic Congressional leaders have invested considerable political capital into the Waxman-Markey/Kerry-Boxer bill, but history has many examples of a "compromise candidate" emerging from pressure situations. The Kerry-Graham effort could well be that compromise candidate.

Leaders in both parties understand, and the Copenhagen event will highlight, that the World Climate Policy Train is leaving the station with or without the U.S. on board. If the U.S. is not part of the new international solution, our economy will remain a follower and spectator as overseas businesses and governments dominate leadership into the 21st century new energy economy.

Terry Moore is a principal and co-founder of Carbon Shrinks LLC, an Austin consulting firm specializing in carbon reduction and community stakeholder strategies. 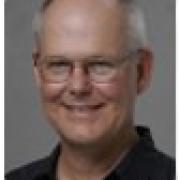 See all by Terry Moore