Owning a car in Manhattan has traditionally ranked pretty far up the list of pricey personal indulgences (that is, aside from opting to live in New York City in the first place).

But with automakers looking to hang onto market share amid a surge in competition from shared car services, a new category of faux car ownership — on-demand shared cars located inside your own building — could change the economics of driving in busy urban areas.

General Motors is one company pushing into this space through a deal with New York real estate firm Stonehenge Partners, where residents of the 479-unit Ritz Plaza apartment building can purchase access to a fleet of shared SUVs parked in their garage.

"You have access to mobility the way you have access to a pool or a fitness center," Peter Kosak, executive director of GM’s global urban mobility programs, told GreenBiz. The goal, he added, is to, "deliver automotive access that seems like ownership." 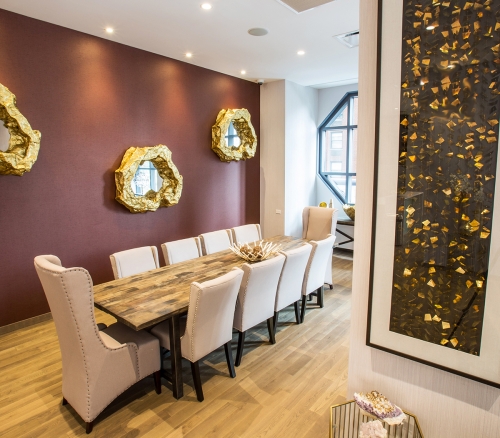 The move makes GM one of several transportation companies looking to form alliances with real estate developers and building operators who have a captive audience in tenants seeking easy access to wheels.

From a real estate perspective, the pitch is car as luxury residential amenity. But from a sustainability perspective, the opportunity is to help further mainstream the use of more sustainable transportation infrastructure.

Mercedes-Benz parent company Daimler, for instance, also has tested out a shared mobility partnership with a suburban home developer in Southern California. Homeowners there are offered shared luxury shuttle services that can be reserved online.

But the trend isn't limited to traditional automakers.

"They claim to be providing access to 17,000 residents," said Susan Shaheen, director of Innovative Mobility Research at the University of California, Berkeley's Transportation Sustainability Research Center. "Whether or not these are members or residents living at a complex with carsharing availability is unknown."

Meanwhile, land owners looking for creative carpooling options — or competing to offer green employee perks — are another pool of potential carsharing partners that automakers have only recently started to engage. Google, for instance, has partnered with GM on a commuter carsharing pilot that raised the stakes for sustainability by using Chevrolet Spark electric vehicles.

For automakers, the field presents another example of a bigger tech-fueled existential crisis currently underway.

"The conventional wisdom is that automotive companies design, build and sell vehicles," Kosak said. "This feels a lot more like replacing ownership or an alternative to ownership."

Capturing the footprint of shared cars

Users can book the car through a mobile app, and GM has also invested in back end billing and analytics to better understand supply and demand patterns.

The automaker hopes to eventually scale up to serve the entire 25-building New York City portfolio for Stonehenge. But at eight cars for upwards of 500 residents, the current fleet is small.

“The data analytics are what enable you to make a small fleet seem big," Kosak said. "It’s like running an airline."

While new types of carsharing services could offer more flexibility than short-haul shared rides offered by the likes of Uber, it's not yet clear how office or apartment carsharing would fit into efforts underway in some cities to drastically curb emissions or even go car-free downtown.

"Having a car in the city didn’t seem realistic," he said, calling the service, "a game-changer that fundamentally alters my approach to transportation."

Given the push among traffic-fatigued city planners  and environmental advocates to get citizens out of single-occupancy car trips in particular, such statements raise the question of whether carsharing could actually have a self-defeating effect on sustainability by providing previously unfeasible access to cars.

The data analytics are what enable you to make a small fleet seem big. It’s like running an airline.

In other words, how many carsharing users would otherwise take public transit, versus a cab, an Uber or a car they may decide to purchase? And which scenario is most beneficial from a sustainability perspective?

"New York City is an interesting place because it offers many modal options," Shaheen said. "More research is needed to determine how these particular users employ the service and their use impacts fuel and land use and emissions."

Still, there remains the question of who will benefit from deals brokered by car companies and real estate firms. Will the trend stay confined to high-end residential buildings and office owners with the budget to experiment, or could consumers and employees in other income brackets also eventually reap the rewards?

“Admittedly, this is a bit more of a premium offering," Kosak said. "People will walk a greater distance maybe to pay less, or may not use sharing at all."

While the business models of traditional automakers are already in flux thanks to the explosion of on-demand transportation services, there is also the matter of hardware to keep in mind.

Charging infrastructure availability and adoption rates for electric vehicles are slowly but steadily increasing. Existing automakers and tech companies like Google and Apple are also at work on self-driving, or autonomous, vehicles.

Opting for electric shared vehicle fleets is one way to guarantee lower emissions — and one that office owners may be more uniquely equipped to encourage in the short term.

"Commercial property owners can contribute to this trend by providing incentives for EV commuter carpooling," Shaheen said, such as subsidizing costs or providing easy access to chargers and preferred parking. 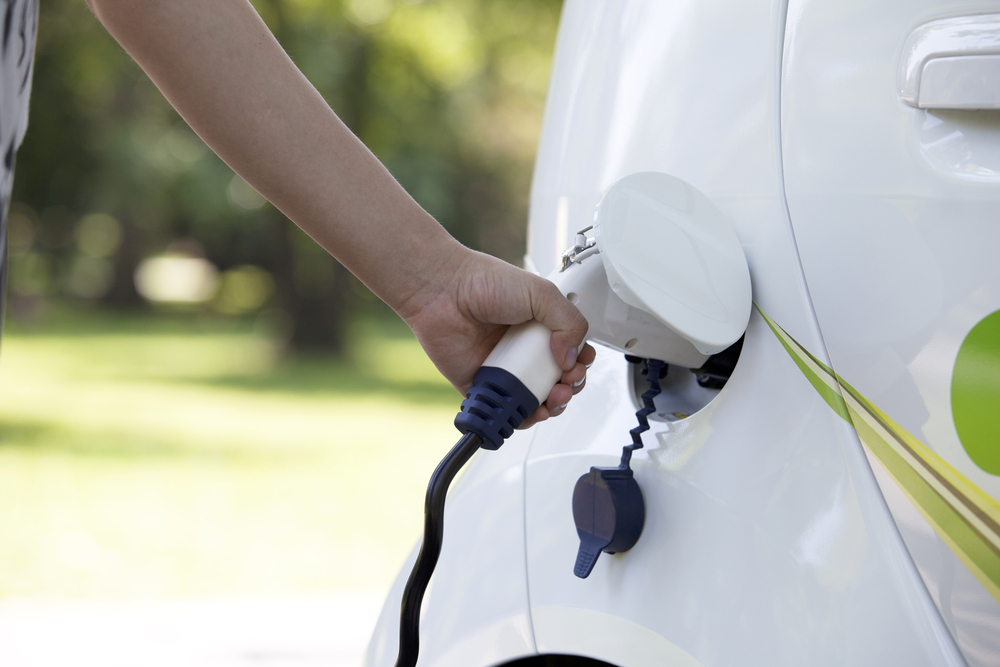 While Kosak notes that not every employer can pony up for charging infrastructure needed to offer shared EVs as a green office perk, Shaheen said that shared EVs could have broader market ripple effects.

"If a carsharing or ridesharing member leaves the program and purchases a personal vehicle, they may be more likely to purchase an EV because of their familiarity," she said.

But of course EVs are already here, even if they haven't been widely adopted. Many in the automotive industry are already looking to evaluate how autonomous vehicles could come into play in the context of shared transportation services.

“Obviously autonomous, whenever it occurs, is very disruptive," Kosak said, though he's optimistic about cities as a test bed for futuristic technologies. "I think shared use can be a perfect deployment population for both electrification and autonomous."

"The reality is people love personal transportation," Kosak said. "I think the trick here is to find solutions that are sustainable."