This article originally appeared on Yale Environment 360 and is reprinted here with permission.

For years, cellulosic ethanol has been touted as a just-around-the-corner technology that would provide cleaner, greener transportation fuel and an alternative to environmentally dubious forms of corn-based ethanol.

But the complexity of drawing fuel from the cellulose found in agricultural wastes, grasses and other non-food sources has proved daunting, nudging the advent of the cellulosic fuel industry ever-further into the future — until now.

This fall, three new, commercial-scale cellulosic ethanol plants are coming online in the United States. They join two other advanced biofuels facilities in Italy and Brazil that have begun operations within the last 12 months, and others are in the pipeline — suggesting to many industry-watchers that the long-predicted arrival of cellulose-based fuels finally might be here.

Energy experts aren’t so sure.

For starters, despite U.S. government mandates requiring that some ethanol be blended into the nation’s fuel supply, the market remains constrained by the design of most modern car engines, which are generally unable to tolerate more than small percentages of the cleaner-burning fuel that cellulosic ethanol provides.

Complicating matters, federal officials are considering a reduction in those very blending mandates — a move that cellulosic fuel supporters say would stymie the industry before it ever gets off the ground. Meanwhile, recent studies have suggested that ethanol made from crop residues, which have the nominal advantage of not competing with food markets like corn-based fuels, could have environmental downsides of its own.

Whether cellulosic ethanol will overcome these challenges, or be subsumed by even more advanced biofuels, remains to be seen. Yet backers of the industry are confident that cellulosic ethanol will find its niche — even as they hunt for other ways to supplant oil with their products by using them in everything from plastics manufacturing and industrial lubricants to household detergents.

“Cellulosic ethanol will lead us closer to energy independence,” said Christopher Standlee, executive vice president of global affairs for Abengoa, one of the companies behind the new cellulosic ethanol facilities. “We won’t have to pay $1 billion a day to import foreign transportation fuels.”

The first U.S. commercial-scale plant to come online, in September, was the $275 million "Project Liberty" plant in Emmetsburg, Iowa. The joint project of Sioux Falls-based Poet, which owns 27 corn ethanol plants, and Royal DSM, a Netherlands-based biotech company, plans eventually to produce 20 million gallons of cellulose-based ethanol a year by using 770 tons of corn cobs, husks and stalks every day.

Abengoa, the Spanish renewable energy giant, opened its $500 million facility Oct. 17 in Hugoton, Kan. It plans to produce 25 million gallons annually, using 1,000 tons daily of corn stover and wheat straw, along with dedicated feedstocks such as switchgrass and prairie grasses.

And chemical giant DuPont’s $200 million plant in Nevada, Iowa, is scheduled to come online by year’s end, with target production of 30 million gallons per year.

Producing ethanol from stalks and stems has proved far more difficult than producing it from corn and other crops.

After the oil crises of the 1970s, ethanol appeared to offer an attractive, natural alternative to politically fraught imports of oil. Brazil launched a booming industry producing ethanol from sugar cane, while in the United States, crops such as corn — rich in the simple sugars needed to produce the fuel — were plentiful and in need of new markets.

The U.S. began subsidizing ethanol production in earnest, and early studies also suggested a key environmental benefit: Burning ethanol emits fewer greenhouse gas emissions than burning gasoline, especially when factoring in all the carbon dioxide that the plants would absorb while growing.

The U.S. quickly became the global leader in ethanol production, followed by Brazil. But scientists soon began taking a harder look at this “green” fuel. A number of studies suggested that when the entire production cycle was considered, the emissions profile of ethanol derived from food crops such as corn was only marginally better — and sometimes even worse — than that of petroleum-based fuel. And as agricultural acres were converted to grow these fuel crops, scientists began to worry about additional emissions associated with land-use changes, increased pollution from fertilizer runoff and additional consumption of limited water for irrigation and processing. 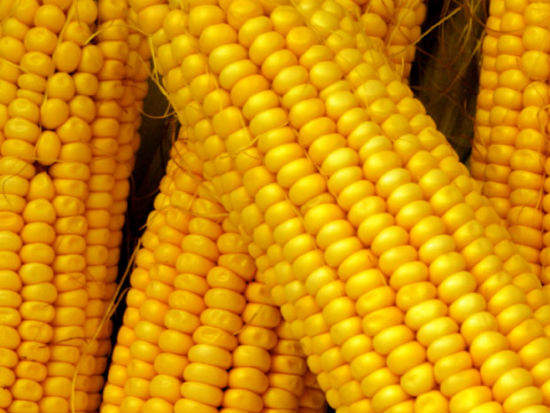 A spike in corn prices in 2008 also sparked concern — rightly or wrongly — that ethanol production was driving up global food prices.

Cellulosic ethanol, made from the non-food parts of plants, such as corn cobs, stalks and leaves — or even organic wastes such as municipal compost — was supposed to be the answer to these myriad problems. There was no competition with the food supply, and a study from the U.S. Department of Energy found that cellulose-based ethanol would reduce greenhouse gas emissions by as much as 86 percent over gasoline.

In 2007, the federal government augmented existing requirements for blending ethanol into the nation’s liquid fuel supply by adding targets specifically for cellulosic ethanol — in the billions of gallons. But that has proved wildly optimistic. Cellulose molecules are tightly bound up with lignin and other materials that give the plant its rigidity and strength, requiring a complex disentangling process before the sugars can be converted to fuel.

Over the last decade, companies have developed novel ways to overcome these hurdles, but at a prohibitively high cost. Meanwhile, the government’s fuel-mix requirements have been something of a punch line for critics, given that refiners and fuel blenders technically have been required to include billions of gallons of cellulosic ethanol in the nation’s fuel supply, even though, for all practical purposes, no cellulosic ethanol was being produced anywhere in the country.

The politics of biofuels

Backers are hoping that the three plants coming online in the United States — two built with the aid of federal loan guarantees — finally will start to change the math that has helped hold cellulosic ethanol back.

But that still depends in large part on adherence to government initiatives aimed at reducing reliance on fossil fuels.

Wallace Tyner, an energy economist at Purdue University in West Lafayette, Ind., said the success of the new plants will depend on a tenuous combination of factors.

“It will require that enzyme costs come down, efficiencies go up and feedstock costs come down,” he said, adding that the three plants are enjoying half-price feedstock for their first two years, thanks to a government subsidy.

All of the new production plants, Tyner said, depend heavily on the federal fuel-blending targets to keep them alive.

Given this, biofuels makers were alarmed by a new rule, proposed by the Environmental Protection Agency last fall, that dramatically would reduce both the total renewable fuel target and the advanced biofuels blending target. For cellulosic ethanol, this would mean a 99 percent reduction, down from 1.75 billion gallons to just 17 million gallons annually.

The biofuels industry has been vocal in its opposition to the proposal and anxiously awaits the EPA’s final rule for 2014 — although the Office of Management and Budget is not expected to release it until after the midterm elections. The uncertainty, said Rob Walther, director of federal affairs for Poet, has chilled the investment climate over the last year.

“We had hundreds of millions of dollars walk away from us because of the proposed rule,” he said.

Yet even if the EPA were to deliver higher targets for 2014, ethanol makers of all kinds still face a tough road. 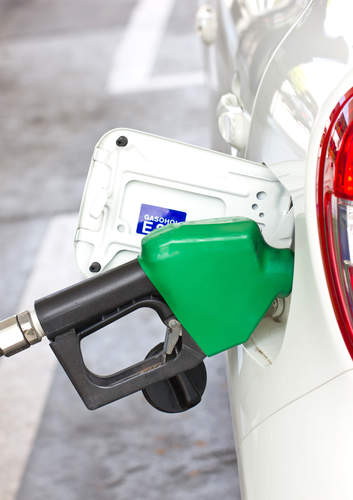 Shutterstock
One big driver of deeper market penetration for ethanol fuels could be more widespread adoption of biofuels at gas stations.
Producers, for example, are pushing for states to approve a 15 percent ethanol mix in gasoline supplies — and so far about a dozen states have. Cars designed to run on blends of ethanol as high as 85 percent are also gaining market traction. But gas stations must install special pumps to dispense E15 or higher ethanol blends, and with many of the nation’s tens of thousands of filling stations controlled by major oil companies, such retrofits are not an easy sale.

“It requires substantial investment on the part of service stations,” said Craig Cox, senior vice president for agriculture and natural resources for the nonprofit Environmental Working Group, “and that sector has been reluctant so far.”

Meanwhile, engineers are also busy developing newer, so-called “drop-in” biofuels that directly can substitute for gasoline, and which require neither specially designed engines nor complicated infrastructure changes — and investments here are on the rise.

A collaboration among the Navy and the U.S. Departments of Agriculture and Energy, Farm to Fleet, is planning three plants that would produce drop-in jet fuel.

Cellulosic ethanol also took a hit with the release of a government-funded study published in the peer-reviewed journal Nature Climate Change in April. That study suggested that biofuels made from corn crop residues actually can generate more planet-warming emissions than gasoline — at least in the short term. The problem arises, the researchers’ models suggested, when those crop wastes are removed from millions of acres of land, rather than left to nourish the soil with carbon.

Cellulosic ethanol backers quickly condemned that study as flawed, but given the difficult market in the United States, all three companies behind the new cellulosic U.S. plants are busy eyeing other markets for their products.

All have plans to license their processes and technologies, and DuPont recently announced that it will supply cellulosic ethanol to Tide for use in its detergents. Nancy Clark, external relations manager for DuPont, said the company is also creating enzymes for other consumer products, such as carpet and apparel. Markets for cellulosic ethanol outside the U.S. — in South America, Asia and Europe — also may help to buoy the fledgling industry.

But for the Environmental Working Group’s Cox, the economic and policy complications raise important questions for both the industry and policymakers.

“I think it raises the larger question: Are we on the right biofuel road?” Cox said. “If we could wipe the slate clean, and sit down and say, ‘OK, we want a biofuel that could make a substantial contribution to reducing fossil fuels, and would actually reduce greenhouse gases from liquid transportation, and was good for the environment, good for the air, good for soil, good for water — would we have picked corn ethanol? I think the answer is clearly no.”

Chevron and Weyerhaeuser Team Up for Biofuels Alliance