The toughest climate challenges involve large global industries, with no good substitutes. One of these produces the material literally under our feet — concrete. Every year, each of us in the U.S. uses about one-third of a ton. Fast-growing developing countries use far more. Globally we produce over 4 billion metric tons of Portland cement per year — the key ingredient in concrete and responsible for the majority of its CO2 footprint — driving over 5 percent of total anthropomorphic CO2.

RMI’s research on the topic reveals that, to have a chance of significantly shrinking the industry footprint and meeting our Paris Agreement goals, revolutionary thinking and significant disruption is needed — a Tesla for cement, as it were. The industry-sanctioned traditional levers are not enough. And the new cement has to be really cheap. We have found three important opportunities that might work.

Why cement and concrete are huge

Finding a new, broadly applicable solution will not be easy, because the world needs so much concrete. It is the most flexible, cheap and universally used building material on the planet. The only thing we use more of globally is water.

Total Portland cement volume — making up about 20 percent of concrete by weight (the other main ingredients are sand, aggregate and water) — has more than tripled in the last 20 years (a growth rate of close to 6 percent per year), most of the growth being in China.

As China slows, another wave of countries such as India, Turkey and Indonesia may take over as growth drivers, plus the U.S. if needed infrastructure rebuilding takes off. Global cement production growth may stay in the 2 to 4 percent range for a long time.

New plants being built in developing countries are much more efficient than the oldest plants anywhere — and much better than the average in the U.S. (India’s national cement industry average CO2 emissions rate is 25 percent lower than that of the U.S.) However, the total improvements that the best companies are making — about 0.5 percent per year over the last few years — cannot come close to counterbalancing even their own growth. And not all players are really trying.

Standard Portland cement cannot be made without releasing significant amounts of CO2, which is done in two ways: through burning fuel to produce the very high kiln temperatures needed; and through a calcining chemical reaction that occurs when the limestone is heated. At the most efficient plants, 60 percent or more of CO2 released might be from this unavoidable chemical reaction.

Although other natural or waste materials such as rice hulls, limestone, blast furnace slag and some kinds of fly ash can be partially substituted for Portland cement, the very standardization of Portland cement into a small and specific set of high-performing global products has helped it become so dominant. This standardization is a huge barrier for any specific substitute.

What the industry is doing today

Like any industry that has been around a long time, some well-established levers make it more efficient and emit less. The problem is, they are voluntary, coordinated by the Cement Sustainability Initiative (CSI) and do not go far enough to do more than slightly slow the growth of industry CO2 emissions. The CSI recommends the following to its members and the global cement industry:

All of these are actively underway in some of the world’s cement markets. Leading players have targets in place for emissions intensity and use all these levers. However, progress has not been and likely never can be fast enough. This is partly because the industry focuses first and foremost on reliability and product quality, which makes introducing any change challenging, slow and costly.

There must be proof that new approaches work. What’s more, the industry is very asset-intensive, having a lot of money sunk into plants and equipment compared with its revenues and profits. Changing plants is expensive, and industry cash flows are not enough to make those changes quickly and still satisfy investors’ or government owners’ cost of capital.

Change is also slow because most new plants are built in the developing world — typically not a good place to try innovative approaches given the on-site expertise needed to ensure something new or different actually works. And finally, industry dynamics sometimes have kept things slow.

For instance, few companies want to invest in higher efficiency and "greener" cement if cheaper "dirty" cement can be imported from another country without being blocked or taxed. Such "carbon leakage" is a particular problem in Europe due to its proximity to North Africa and the Middle East, which have no regulations and can ship product cheaply across the Mediterranean.

The industry, via the CSI, believes the answer to emissions is to use the levers when economical, but continue to emit a lot, and then use CO2 capture and storage. CSI members are funding capture and storage research, but no current approach does not add significant cost and risk.

Outsiders are trying, too. Some new research companies such as Blue Planet, Skyonic and Solidia are proving technologies where the concrete itself absorbs CO2, with some good progress in niches such as pre-formed concrete products. Ideally, some form of carbon capture will have good economics and can be pushed toward rapid adoption.

But in the meantime, the world needs more good, economically viable options that actually reduce emissions significantly. We believe these can come from three directions.

Recipes for concrete are locally driven due to the characteristics of the local sand and aggregate. Also, durability testing is not always reliable so builders use more Portland as "insurance." Few materials scientists work on concrete, and those who do are often funded by industry and therefore may not research ways to significantly reduce the use of Portland cement.

However, a concerted effort to both better understand concretes and invent tools to accurately predict concrete properties based on recipes could identify and standardize ways to reduce the volume of Portland cement use. Research into how to change the structural design of buildings and infrastructure to use less concrete also can improve efficiency. Both approaches can have significant impact, in a way that can travel very fast — via information.

2. Expand the use of SCMS

Supplementary cementitious materials are a terrific way industry is already reducing its CO2 footprint, and the development of more natural or minimally processed ones would be a huge leap forward. Today there simply aren’t enough supplementary cementitious materials in markets that are willing to use them, and sometimes they sell for even more than Portland cement does. But new kinds of SCMs are indeed on the horizon.

Unfortunately, these technologies, which do not involve heating to high temperatures or releasing CO2, appear to be "trapped" today, with little or no helpful engagement from the industry. Rapidly scaled, they significantly could damage the existing Portland cement players, so the very people most able to test and leverage them instead choose to shun them, particularly in high-price Portland cement markets or import-only markets such as parts of Africa.

One example technology — mechanical activation — has been tested and developed for more than 20 years without effective engagement from the industry. But as the search to reduce carbon pollution intensifies, such technologies soon may see the light of day.

3. Co-process cement with other processes

Cement making, ideally, can share its heat with other processes, such as electricity or even steel. In a low-carbon world, we will have to be parsimonious about heating anything to high temperatures. In some countries, making cement is already combined with incineration of some kinds of hazardous materials, and this trend likely will continue.

Could this idea really be extended? In theory, yes. Possibly the most exciting idea involves high belite Portland cements (PDF), which have been tested in China in the Three Gorges Dam and other massive, high-strength applications, and at the University of Kentucky and MIT. Concrete made with these cements is particularly well-suited to hot, humid climates and to water-limited situations because of the way it cures.

The cements potentially can be made from coal-fired fluidized bed-waste materials, lignite plant waste and other industrial waste streams. Many hope that a way to make the two products together (PDF) will be developed. Such coproduction could provide a significant net benefit in energy use and CO2 emissions.

Some of these ideas may be farfetched for now. But the need to move fast is very (ahem) concrete. Because governments buy about half the world’s concrete, in light of the Paris climate agreements this need is extremely visible — or should be. Public sector and other customers should demand the industry move faster to try new technologies, and be willing to add their support.

Targeted research efforts — and much richer application of measurements and information technology — could change this relatively backward industry from a clear climate laggard to a powerful climate leader. 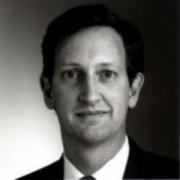 The aggressive acceleration of deep-energy retrofits

How to scale deep retrofits through portfolios and campuses

See all by Robert Hutchinson