A challenge to creatives: The business case for rebranding efficiency

What if I were to tell you that if not for gains in energy efficiency over the last 40 years, we would be well into the thick of the worst of runaway climate change right now?

What's in a name?

At its core, energy efficiency is about good design, whether for products, processes, systems or services. It is about doing things better and smarter, not about belt-tightening or sacrifice. It is about unleashing abundance.

Yet many creatives I have talked to see efficiency as the enemy of creativity: a kind of Dickensian minimalism devoid of color and heart. It conjures up images of assembly lines, arbitrary rules and authoritarianism.

Part of the creative brief, then, may be finding a better word.

In a deeply profound way, your work — your insights — could help save the world from the worst of climate change.

A proxy for just how bad things are is the amount of carbon in the atmosphere measured in parts-per-million (ppm). It has been nearly 30 years since we were last in the safe zone of 350 ppm. Right now, we’re at 408 ppm. If not for efficiency, the number probably would be closer to 500 or even 600 ppm.

That is a future killer.

If you think global weather is extreme now, it is only a taste of what’s to come if we don’t get a handle on things. Atmospheric carbon — like efficiency — is invisible, but the damage — everywhere — is all too visible, from melting polar ice caps and rising seas, to killer heatwaves, droughts, floods, hurricanes and nor’easters. A warmer planet also means more mosquitoes and ticks and the diseases they spread. A carbon-saturated atmosphere means carbon-saturated oceans, lakes and rivers, whose rising acidity literally is corroding the food chain.

Clean energy — solar, wind and, on the horizon, hydrogen — is, of course, really important. So, too, are better batteries for energy storage (see Elon Musk’s work in Australia). But efficiency, which cuts demand, has done the heavy lifting in terms of limiting the use of fossil fuels.

In techie terms, reduced “energy intensity,” a combination of mostly efficiency, but also compositional change (if you have fewer steel mills, then less energy is needed to make steel), has had more than 30 times the impact of renewables over the last few decades. Renewables and batteries are improving at an accelerating rate, with adoption following a kind of Moore’s Law.

That’s great, but to fight climate change in any meaningful way means using everything we’ve got. Efficiency is one of our most powerful tools.

I bet you didn’t know that. Most people don’t know that — which is why you as designers and branding experts are so needed.

It should come as no surprise that supporters of the coal and oil industries aren’t big fans of efficiency. It cuts into their profits because it reduces demand. They would like to see programs such as EPA’s popular Energy Star cut. Over the last 25 years, Energy Star, which incentivizes manufacturers to produce better appliances, has saved American consumers an estimated one-third of a trillion dollars — as much as $30 billion in a single year.

Likewise, gains in car and truck efficiency have been dramatic. With the cost of batteries expected to halve again by the 2020s, electric vehicles (EVs) soon will be competitive with gas-guzzlers. Even today, a Tesla X SUV can go nearly eight times the distance on the energy equivalent of a gallon of gas compared to the average car circa 1973. That was the year of the Arab oil embargo that saw prices at the pump quickly spike by more than 50 percent. Tally that up for a 15-gallon fill-up and the Tesla goes more than 1,000 miles further.

Change can happen fast. It took a little more than a decade for cars to replace horses as the dominant mode of transportation a century ago. Fossil fuels can revert to being fossils — left in the ground — just as fast.

Efficiency also plays a key role in growing a modern, competitive economy. By reducing demand, energy efficiency dramatically reduces utility bills. We don’t see these "negawatts" on our bills — we only see what we owe. But without efficiency, our bills probably would be on average as much as double what they are.

Year in, year out, these unseen savings have put more money — more capital — directly into the pockets of businesses, where it can pad a bottom line or be invested in growth. Savings also have boosted consumer spending power.

Rather than a supply-side "trickle down" diffusion of capital, this is a demand-side, highly targeted infusion of capital. Not to put too fine a point on it, but it is also a more efficient way of recycling capital to grow the economy.

The communications disconnect about what efficiency means and its critical role in creating a clean, prosperous future could very well cost us that future. We are at a knife’s edge with climate change.

As creatives, you are experts at shaping and packaging ideas so that they can easily be understood by a broad range of audiences. That is a key piece of the puzzle.

Scientists and technologists can — and have — come up with all kinds of solutions. Writers like me write about them at length. Your talent is for brevity, for finding ways that cut to the chase and speak to head and heart. You know how to make the invisible visible.

I want to be clear that this is not a competition that I am organizing, but rather an idea that I am putting out into the world with the hope that others sponsor competitions.

It would be absolutely thrilling if this challenge were embraced by design schools, design firms, professional organizations such as AIGA and the legions of designers who are part of the marvelous Creative Mornings community. (#efficiency, #brandingefficiency, #climate)

I cannot wait to see what you all come up with. It’s going to be brilliant! 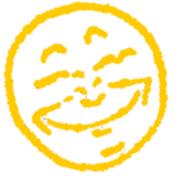 See all by J. A. Ginsburg