Champions of the Low Carbon Economy

Global leaders from corporate, public and civil society are gathering around the events of Climate Week, which began Sunday in New York. In Part 1 of a two-part post, guest bloggers Jonathan Berman, Sonila Cook and John Stephenson of strategy consulting firm Dalberg describe their discussions with dozens of CEOs in the run-up to the week's events.

"Champions of the Low Carbon Economy," a joint report of Dalberg and the UN, will be released September 22 and available via a link on this site.

The world expects its leaders to deliver a solution to global climate change in Copenhagen this December. It's a massive undertaking, and you'll hear some corporate executives say that the necessary changes will be too costly to their businesses.

You'll hear a different message, though, from the more than 80 CEOs and senior executives gathering in this week in New York City. They are telling heads of state they are ready -- eager -- for a climate agreement and the future it brings. Their firms are prepared to seize that opportunity.

They are the low carbon champions.

Over the last two months, we have had the fortune of speaking with many of these CEOs, as we prepare for the UN Climate Summit. In this blog and a second one tomorrow, we'll share with you their stories. These are compelling leaders, so we'll also share it in their words.

Champions of the low carbon economy view a global climate change agreement as an immense opportunity for revenue, job creation and investments worldwide.

Few companies have visibility across a wide spectrum of the global economy than global reinsurer Swiss Re. Swiss Re's Executive Board Member Pierre Ozendo, advises that "The economic repercussions of a climate agreement can lead to faster economic growth and the protection of things that are very important, including water, food, and the development of emerging economies." Still other business and investment executives view the immense potential for clean technology as rivaling previous economic revolutions. Uday Khemka of India-based private equity firm SUN Group feels that "The energy revolution is one of the greatest economic opportunities of our time. It will make the tech sector's growth seem like a minor economic boom."

Low carbon champions are to be found leading even "traditional" industries into the new economy.

DuPont is one of the world's largest chemical companies. In considering the prospect of a global climate agreement, DuPont's Chairman Chad Holliday asserts that "The net/net is, over time, positive for our company and that's why we've been active and a leader in the space." Tom Johnstone is president and CEO of the SKF Group, the world's leading manufacturer of bearings. Tom sees a "huge opportunity in services to transition the existing installed base of machinery to be more energy efficient" and has focused new product and service development in this area. Duke Energy's goal is to cut their carbon footprint in half by 2030. CEO Jim Rogers sums up quite simply, "Duke Energy clearly understands that a low carbon future is where the world is headed."

To unlock the tremendous business opportunity, senior executives point to the need for greater regulatory certainty.

You'll find the call for it in some surprising industries, like electric power production. Padraig McManus is CEO of the Irish power provider ESB. To achieve his zero emissions target by 2035, ESB needs to attract capital to fund renewable energy investments. "It's all about certainty for us," McManus explains. "Without an agreement, the strategy won't look as robust to financiers. An agreement would give the financial markets the certainty needed to fund our strategy and allow us to achieve our emission reduction goals."

Bob Dudley is an executive and board member of BP, a company with deep investments in traditional energy sources that is already planning $8 billion in renewable energy investments. To go even further, Bob says, "We need a global policy framework that can lead to a longer term carbon price signal. A carbon price has to be the first step."

In our next post, CEOs and senior executives explain why they need an agreement that's truly global … and truly implementable right now.

Jonathan Berman is a partner and head of the global corporate practice for Dalberg Global Development Advisors, Sonila Cook is a partner in Dalberg's New York office and leads Dalberg's Energy and Environment practice, and John Stephenson is a project manager in Dalberg's Washington D.C. office. 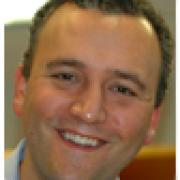 See all by Jonathan Berman Sonila Cook and John Stephenson