A change of climate in how activists view business

Glacial shifts are taking place. Not just in the Arctic, but also in how activists are thinking about businesses as allies — or at least frenemies — in the wake of COP21.

During my two weeks in Paris, I set out to take the pulse of the so-called civil-society community on its perception of the role of business in addressing climate change. I spoke with leaders of activist organizations such as 350.org and Greenpeace, artist-activists behind many large-scale installations across the city, people on the front lines working with indigenous peoples and for an agricultural revolution, and the cohort of data scientists and economists I joined as part of Project Drawdown.

Admittedly, these are not your stereotypical flame-throwing activists, the ones prone to using such large public gatherings as an opportunity to deploy guerrilla theater tactics to make themselves heard. My sampling comprised a microcosm of what the United Nations calls "non-governmental organizations," the colorful tapestry of individuals and interests that had assembled for COP21.

The perspectives I collected, although varied, were unified by a common message: Our ability to avert the worst impacts of climate change depends in large part on a fundamental shift in how companies create value for society. That shift is happening, they say, albeit in small pockets and not quickly or significantly enough.

One phrase I heard frequently was, "Systems change, not climate change." Beyond the closed doors of international negotiations and corporate-sponsored solutions forums, this theme represents a call to arms that addressing greenhouse gas emissions is a start, but it doesn’t comprise the full set of solutions, or the systemic view of the change that’s needed. 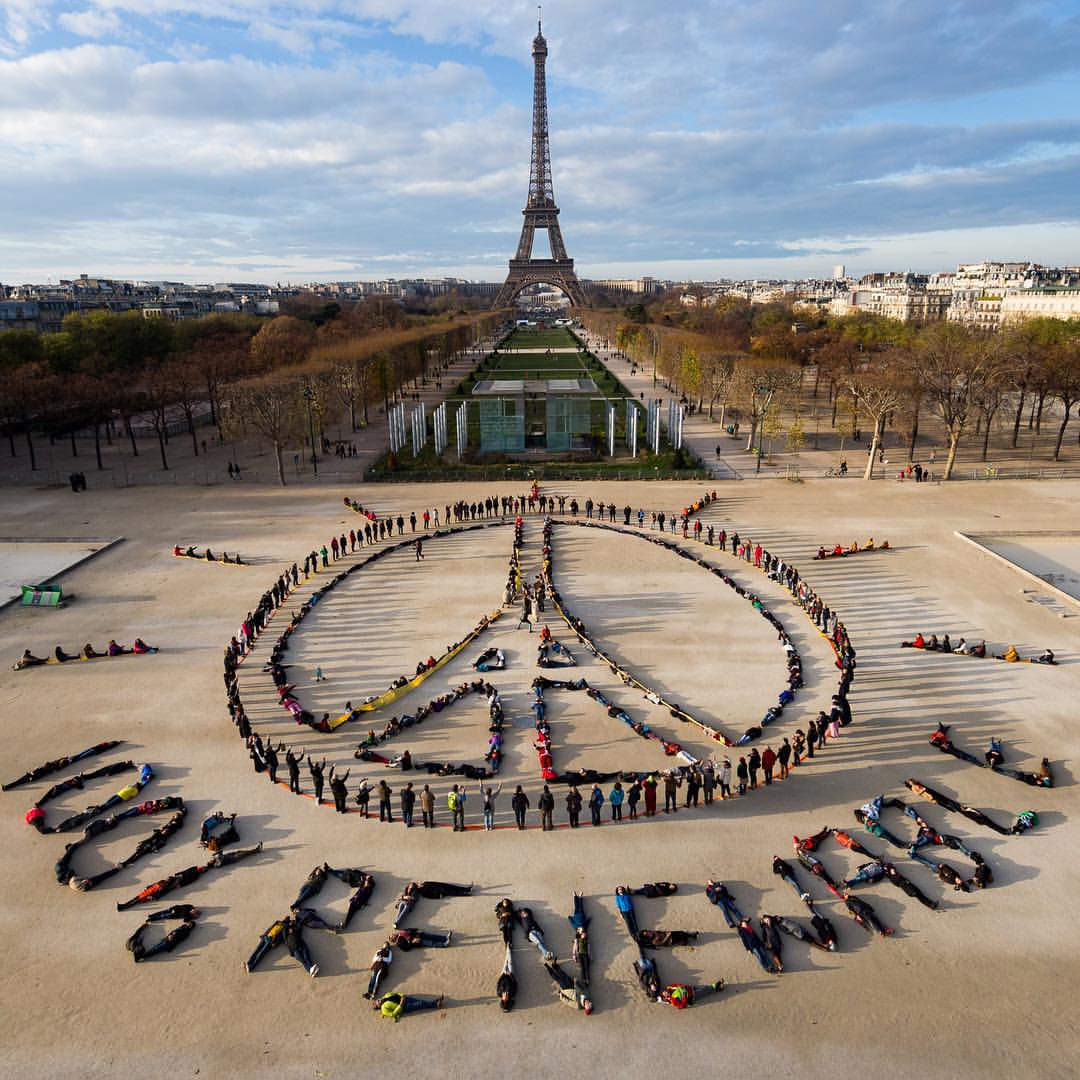 The good news is that corporate sustainability efforts are being heard by this audience, including many who don’t typically hang with the business crowd. In fact, corporate practices are being embraced in unprecedented ways.

Case in point: The growing number of initiatives to reduce emissions, increase transparency and responsibility across supply chains, and unify the voice of business around climate change have not gone unnoticed by NGOs. Indeed, I was surprised by the number of hardcore activists who could name at least a few companies that have committed over the past year to achieving 100 percent renewable energy for their operations.

But as many people with whom I spoke suggested, such actions are not viewed as real leadership but instead, put simply, good business.

"The economics are baked when it comes to transitioning to clean energy," said Ryan Kushner, an activist turned entrepreneur. At this point, he said, the decision to embrace renewables should be easy, almost a no-brainer, and anyone who hasn’t yet jumped on the bandwagon is "either blind or just a bad business person."

"People in the business sector don’t realize that every single major global institution around the planet — government, the private sector, civil society, multilateral institutions — are fully engaged and investing in climate," said Tom Price, director of strategic initiatives at All Power Labs. "Except, generally speaking, in the United States." Renewable energy represents one of the great investment opportunities, said Price, and it’s taking place right now. Decisions about policy, incentives and markets are happening in real time.

"If you’re not at the table, you are not going to get fed," he said.

Civil society and activists on the front lines of the climate change movement told me they are looking for a new kind of leadership from the private sector. They recognize the necessity of moving away from vilifying companies in favor of building strong partnerships with them, and that failing to do so will undermine their overall agenda.

But despite corporate efforts to minimize greenhouse gas emissions and provide a suite of sustainability solutions, many of these concerned citizens say they are still not getting what they want from business.

Two big asks are that the private sector stop investing billions of dollars to fight climate regulation, and that they relinquish what they’ve come to perceive as a right to public subsidies supporting such things as fossil fuels, the production of corn to make cheap sweeteners and myriad extractive practices destructive to the health of people and natural systems. The persistence of lobbying efforts and misinformation campaigns aimed at perpetuating the status quo is incongruous with the emerging definition of real corporate leadership, they say.

Instead, complained these activists, there is a lot of self-congratulating among corporate leaders over efforts that are necessary but insufficient to address climate change.

For example, last week at the historic Grand Palais I attended Solutions COP21, a showcase for emissions-reducing technologies. Corporate representatives celebrated their achievements by toasting one another with crystal champagne glasses and munching on herb-crusted caviar crackers. It felt like the kind of celebration that those who are meaningfully addressing real problems ought to have.

But to the civil society members with whom I spoke, it felt like greenwash. 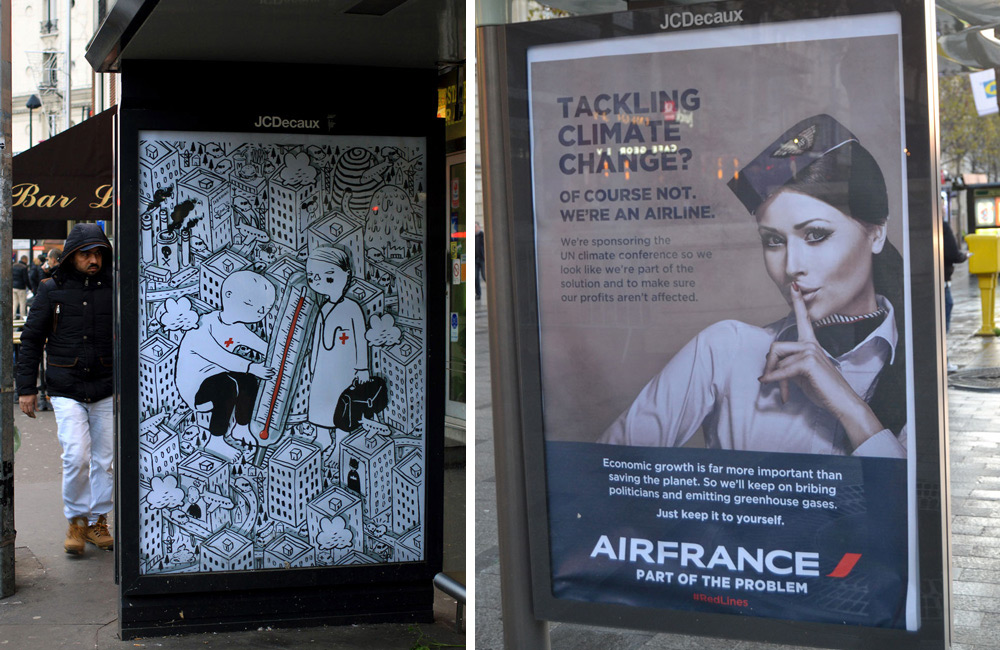 It’s not that activists don’t appreciate the progress these companies are making. They do. But there seemed to many people a disconnect around companies promoting themselves as part of the solution, especially those perceived to add questionable societal value, such as those selling water in plastic bottles or sugary drinks that contribute to obesity. In the context of an event such as COP21, celebrating isolated and dubious actions was perceived not only as a distraction but destructive to the overall agenda.

Having it both ways

There was a sense that companies want to have it both ways: being seen as part of the solution while trying to perpetuate the status quo.

"We want to work with the private sector, but are not so desperate as to need partnerships with companies that pick and choose where to have a positive impact, rather than fully engaging with civil society and embracing change across their portfolio," one activist told me.

"Moving forward, the role of business needs to be about regenerating and restoring the natural resources on which their operations and all of life depend," said Jamie Henn, co-founder & strategy and communications director of 350.org, the organization that has led the movement for large investors to divest from fossil-fuel companies. He indicated that the movement’s next wave will focus on re-investment, efforts to fund climate solutions that also create jobs, strengthen communities and improve people’s lives — that is, that solve multiple problems at once.

It seems that the next era of climate activism will be defined by such strong, holistic alliances that address the larger system, not just symptoms such as climate change. Companies should expect that activists will continue to pressure them to be accountable, not just to reduce their emissions, but also to increase their positive impact on people and the planet — and at the same time, to praise companies that are viewing and addressing problems holistically.

Activists, in this respect, plan to have it both ways, too.