Change the Course: Lessons from a water stewardship movement

We’re not going to pull any punches. We’re building a water stewardship movement, and we hope you’ll join us. More than 130,000 people and 22 companies already have. Our goal is nothing less than to change the way society uses, manages and values freshwater.

By now most of us have heard the pronouncement "water is the new oil." But in fact, it’s so much more. Water is the basis not only of our economies, but of life itself.

As demands bump up against the limits of a finite supply, rivers are running dry, lakes are shrinking and groundwater is being depleted. From California to China to Brazil, severe droughts have forced curtailments of water deliveries. This year, for the first time, the World Economic Forum in Davos, Switzerland, ranked water crises as the No. 1 global threat.

Companies know that water risks pose bottom-line risks, and many have begun to boost their water productivity, getting more output and revenue per gallon used. Manufacturing facilities are recycling and reusing water. More food and beverage companies are working actively with their raw-ingredient suppliers to shrink the water footprints of their products.

Curbing water use is essential. But what do we do about the dammed and dried-up rivers and depleted wetlands?

In the Colorado River Basin alone, a $26 billion-a-year recreation economy depends not on water being diverted out of rivers, but on flows staying in rivers. During the drought of 2012, the western Colorado tourist town of Steamboat Springs saw cash registers go silent when the Yampa River dropped too low for rafting and fly-fishing.

Water security depends on meeting the needs of people and ecosystems. Achieving it requires two things: Figure out how to live happy and productive lives while consuming less water; and restore flows to depleted rivers and freshwater ecosystems.

Change the Course, launched in 2012 by the National Geographic Society, Bonneville Environmental Foundation (BEF) and Participant Media, aims to do just this. We are bringing the public, corporations and on-the-ground conservation organizations together in a virtuous and expanding cycle of education, conservation and restoration.

For the last three years we have piloted this initiative in the iconic, highly stressed Colorado River Basin. To date, we have restored over 4 billion gallons of water to depleted ecosystems from the river’s headwaters in the Colorado Rockies to the delta in Mexico.

The mechanics of Change the Course are quite simple. We invite people to join us by making a pledge to reduce their personal water footprint. For every pledge that’s made, we promise to restore 1,000 gallons to a river or wetland in need.

Our corporate sponsors balance their own water footprints by funding our restoration projects. We work closely with on-the-ground conservation organizations to select projects of high ecological value, and we track, certify and register the gallons restored. In this way, sponsors get an accounting of how much water their funding has returned to the environment.

Twice a month, we deploy SMS text messaging and email platforms to communicate with our pledge community, which now numbers some 131,000 people from 50 states and more than 100 countries. We provide conservation tips, tools and news to deepen their engagement. 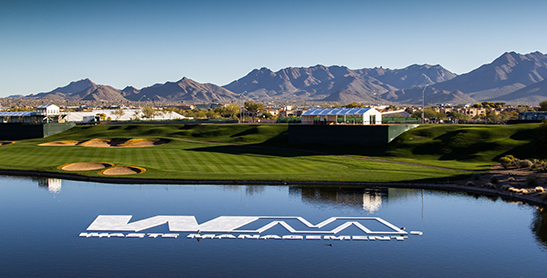 We tell the stories of the rivers and communities where we work through online articles, photos and videos. This links our pledge community and sponsors to the projects they helped make possible, and spotlights successful efforts.

Our projects aim to demonstrate that by getting smarter about how we use and manage water we can have healthier rivers, productive agriculture and vibrant communities side by side. In the Verde River of north-central Arizona, for example, we partnered with the Nature Conservancy to install solar-powered, automated head gates on 19th-century irrigation ditches. These “smart” gates allow the Verde Valley farmers to take just the water they need and leave the rest for the river. Whereas previously several miles of the Verde would dry up during the irrigation season, now much of the river flows continuously — benefiting the fish, birds, boaters, tourists and the community as a whole.

In Mexico, Change the Course partnered with the Colorado River Delta Water Trust to execute voluntary leases of irrigation water and to direct this water to newly created wetland habitats along this critical stretch of the Pacific Flyway. Once one of the planet’s great desert aquatic ecosystems, the delta has dried up from decades of upstream diversions of the Colorado River. Now, thanks to bi-national efforts by government officials and conservation organizations, delta habitats — and the birds and wildlife they sustain — are coming back.

What companies are doing

The first charter sponsor of Change the Course was WhiteWave Foods (manufacturer of Silk, Horizon Organics, So Delicious and International Delight brands). In addition to supporting restoration projects, WhiteWave was interested in broadening public understanding of the Colorado River’s health. They commissioned the inventor of 3D pavement art, Kurt Wenner, to create a life-size, interactive art installation of the Colorado River. In 2013, the installation was set up in Chicago’s Union Station and staffed by WhiteWave employees who invited passers-by to pledge by texting “River” to 77177. (WhiteWave also balances all of its unavoidable water use with BEF’s Water Restoration Certificates.)

Coca-Cola, another charter sponsor, was interested in balancing its corporate water footprint by funding restoration projects, and in the influence it could have within its corporate network. This led to Starwood Hotels & Resorts' embracing Change the Course by inviting hotel patrons to join the campaign. Starwood leveraged customized signage and a video within select hotels. Cinemark Theatres, also a Coca-Cola partner, has been showing a Change the Course video during previews at 106 theatres across Colorado Basin states, inviting viewers to restore 1,000 gallons by texting “Coke” to 77177.

As title sponsor of the Phoenix Open, Waste Management desired to go beyond balancing the water used at the event and directly engage attendees. It incorporated a “Life Without Water is Awkward” theme, which drew more than 560,000 people. This included a Change the Course micro website, a video on shuttle buses, a booth upon entry and the designation of Change the Course as one of three beneficiaries of Green Out Day, enabling 25 million additional gallons to be restored to Arizona rivers. This attracted new sponsors such as Kohler and Brown-Forman’s Finlandia Vodka.

The National Hockey League and a few of its teams have used Change the Course to engage hockey fans. Through the league’s Gallons for Goals program, the NHL restores 1,000 gallons every time a goal is scored. From 2014 to 2015, it invited fans to restore an additional 1,000 gallons by texting “NHL” to 77177.

We’ve learned many lessons from our corporate partnerships during this pilot phase. To many companies, stakeholder engagement is the most attractive aspect of the campaign, and the customizable nature of our engagement assets has turned out to be a key motivator to participate.

For a smaller set of companies, the top priority has been the opportunity to balance their water footprints through our restoration projects and to receive an accounting of on-the-ground benefits achieved. Finally, we learned that moving forward, it will be important to expand our storytelling beyond the water restoration projects and include stories of both the pledge community and our corporate partners so as to inspire others to join the movement.

With droughts and water shortages looming ever larger on the horizon, more people and companies want to engage and be part of constructive solutions to water challenges. The 4 billion gallons Change the Course has restored to depleted rivers and wetlands is a drop in the bucket of what’s needed. Even as we continue working in the Colorado River Basin, we are expanding Change the Course into other river basins ripe for restoration.

Our human story over the coming decades will be, to no small degree, a water story. Together we can shape the narrative of that story by building a movement of education, conservation and restoration that unites us around the world’s most critical challenge: preserving the basis of life. 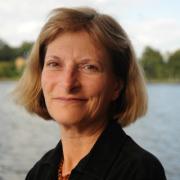 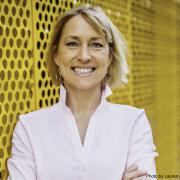 See all by Sandra Postel