Until very recently, the need for IT to really include eco-concerns as part of overall strategy did not have universal appeal. Surely, sites located in areas such as southern Manhattan where power distribution is already running at maximum capacity have a grave problem. And likewise sites that need more room but have tight expansion constraints. For them, green has been a key preoccupation for a while.

For most other IT sites, however, the main driver for green has been cost reduction -- and until the last few months, the cost of energy was tolerable even if somewhat higher than budgeted. So, pressure existed to reduce unnecessary consumption, but not place the issue at the center of IT concerns. However, with oil now regularly surpassing $130 per barrel, there is no longer any ambiguity about how much to commit to green. It's now emerging as a mandate for all IT centers, even small ones.

During the last year, my columns have discussed various useful strategies for reducing power consumption. I've looked at virtualization in some detail, and also drilled down into the various devices' energy consumption and what to consider when buying hardware. Today, I will examine some changes in the structure of IT departments that some experts are suggesting are necessary for enterprises to successfully navigate the green issues.

Typical hierarchical enterprises are structured with senior managers responsible for distinct areas of operation, all reporting to C-level executives. Horizontal relationships between departments or lines of business can be difficult to manage if they're not already built into the business processes. As a result, the horizontal communications, especially planning, frequently must be routed through C-level executives in order to engage mid-managers across divisions. This horizontal cooperation attained via going through higher management also marks interactions with IT, despite the fact that IT has by its very nature of providing services horizontally across the enterprise. The vertical skew is endemic to hierarchical organizations.

Some green thinkers are proposing that IT needs to have a greater horizontal collaboration with one department in particular: facilities. Historically, with the exception of occasional major capital expenditures (capex), facilities departments have been accorded a low-visibility role in many organizations. One proposal is to position it so that facilities is a much more plenary partner to IT. And in this arrangement, all major hardware changes are planned via collaboration between the two departments.

When server racks had power densities of low-to-mid single digit kilowatts, IT could do more or less as it pleased. But today, with racks reaching up into 20KW or more, each rack has an effect on facilities, and facilities, with its own green imperative, is likely to start pushing back if changes are not made collaboratively. Cooperation and planning are clearly key. And for this to happen, IT needs to view facilities as a partner.

Put It in Writing

One way for C-level executives to help push this cooperation at organizations where it might not flow naturally from past interactions is to provide built-in incentives. For example, just as IT departments today are rated on their performance against service-level agreements (SLAs), they should also be rated against an energy budget. That alone will drive a new way of thinking that will inspire greater collaboration with facilities. But as I discussed in my column in February, power consumption of the data center is a difficult issue. First of all, it's hard to measure, although with small capital investments, it can be measured. However, establishing the power consumption targets is a much harder task. That column explained one set of challenges. But it does not discuss the more difficult issue: how to set goals based on past practices and consumption levels?

At sites where there is no additional power available, the question is easy. But where power is available but expensive, things become more complicated. Even if you were to use the previous year's consumption as a baseline, how much do you increment it for new projects? One approach is to maintain the baseline and lower current demand via virtualization and server consolidation. The newfound breathing room under the cap can be dedicated to new projects. This approach is workable, but requires a capex line item to work --- a new server must be bought and installed. A perhaps better idea is to keep the current infrastructure and then pool the hardware resources via migration to virtualization. The existing hardware can be used as a pool that can flexibly support current projects as well as new ones without additional power consumption.

Inevitably, though trade-offs between new capex and power costs will need to be made. And to decide these correctly, IT managers need to work closely facilities managers and keep them regularly apprised of plans and needs. 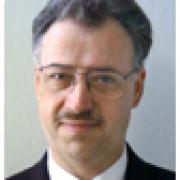