Chevrolet is using old batteries to save … bats?

Human ingenuity and creativity never fail to surprise us. As some of us may be aware, not only are bees dying out in worrying numbers, but bats are also suffering due to increased levels of ​white ​noise.

Perhaps bats do not have the same cutesy image as​ other animals, but they are really important for ecological balance, besides having an intrinsic value as any sentient being​.​ Bats can eat up to 5,000 insects per night, and as pollinators they play an important role in food crops. Pollinators are responsible for one-third of human food crops worldwide.

So, some clever folks at Chevrolet had a brilliant idea to re​-​purpose scrap Volt battery covers to protect bats.

The company has been building structures to protect bats for more than five years and more than 700 nesting boxes have been installed at its 40 wildlife habitat sites and on various public and private lands across the U.S. and Canada.

​The initiative ​was thought up out ​of a need to meet environmental targets and find creative solutions for materials that are difficult to recycle, such as the battery trays​.

The company's landfill-free ​goal​ requires it to account for every single waste stream generated at its operations. Circuit trays called the attention of environmental engineers at the landfill-free Kokomo Operations in Indiana​ as they were not wanted by any local recyclers.

After a bit ​of ​stewing on the problem, Chevrolet staff John Bradburn had an eureka moment when he realized that he could swap out the wood pallet layers in the original bat box design with the trays, which also would save time as he could just notch two wood pieces on the sides, enabling him to slide these trays one after another right inside the battery case.

“When I held the circuit tray up, the length was about right and the width was perfect. I figured with some epoxy adhesive applied and sand sprinkled on it to make for a grittier surface, bats would have no problem hanging on," he ​said​.

After doing a trial run of the new design, Bradburn consulted with Rob Mies, a renowned bat expert. Mies put a little brown bat on it ​and it ​did what a bat does, namely, hanging on it.​

Efforts to protect bats have been ramped up due to a disease called white nose syndrome that’s killing bats at a fast rate throughout the U.S. and beyond.

Recently, the Chevrolet Racing team, in collaboration with NASCAR Green and sustainability experts, assembled a pit crew of 50 little NASCAR fans during a recent race at Pocono Raceway in Pennsylvania to build 15 bat boxes.

​​Besides helping save the​ furry flying creatures, the kids at Pocono got some firsthand experience with Chevrolet's new and improved, second-generation bat house design​ with ​scrap circuit trays from ​the​ truck and SUV engine control modules generated at ​the​ Kokomo​ plant.​​

Bat populations in Pennsylvania particularly have been affected. According to data from​ ​The Center for Biological Diversity, the bat population in the northeast has declined by an estimated 99 percent.

The situation has got so bad that the little brown bat, once the most common bat in North America, is now protected under the U.S. Endangered Species Act. Providing more homes ensures bats can get out of spaces infested with the disease and help slow it from spreading​. 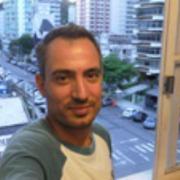 See all by Antonio Pasolini