The subsidy on the Roewe 750 is just one of the incentives to push the market for hybrids and electric vehicles in China, where the government wants to have 1 million cars powered by electricity on the road by 2015. 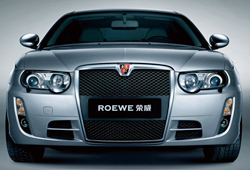 BYD rolled out the first all-electric car for the country's consumer market last week in the tech-centric city of Shenzen, where buyers of the BYD e6 are eligible for double the amount of a government subsidy to speed EV sales. In the southern China city, the five-passenger BYD e6 -- a model previously available only for government and taxi fleets -- comes with a hefty price subsidy of 120,000 yuan (about $18,800) that lops off about 32 percent from a starting price of 369,800 yuan (about $58,000). 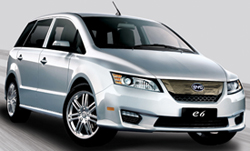 In Beijing, electric car buyers can now bypass the city's strict license plate lottery. The measure, which became effective last January 1, is intended to  reduce traffic and pollution by requiring prospective owners of traditional autos to draw lots for a license plate before buying a vehicle.

Beijing is one of the world's top three cities for gridlock, but officials recently announced that the license plate rule will not apply to EV buyers in order to promote the purchase of electric cars.

The U.S. government also has set a target for 1 million electric cars on the highway by 2015, and EV Project is working to install more than 14,000 charging stations across the country. IKEA is among the retailers joining the efforts, GreenBiz reported this past summer.

The Cracker Barrel Old Country Store is coming on board with charging stations at 12 locations in Tennessee. The first, a Blink DC fast-charging station, was installed yesterday at a store in Lebanon, Ten., the retailer and EV Project manager ECOtality said.

Vanderbilt University in Tennessee also has installed EV chargers -- nine of them, five of which were donated by Schneider Electric.

Rounding out recent EV news, RWTH Aachen University says its project to develop an affordable short-range EV called the StreetScooter is being crowd-sourced with dozens of industry partners. The objective is to produce a car that would cost about 5,000 euros ($7,140), have a range of 45 miles and accommodate "three-plus-one," the one being room for a child seat.