As a clean, relatively cheap and reliable alternative to burning fossil fuels, wind power plays an important role in China’s energy mix. Given concerns about the country’s dependence on imported petroleum and about the serious air pollution caused by burning coal, the mandate to shift from fossil fuels never has been stronger.

The urgency is reflected in China’s ambitious target under its Intended Nationally Determined Contribution to supply 20 percent of electricity from renewable energy resources by 2030.

The scale of this waste is enormous, equivalent to the annual electricity consumption of 3 million American households and greater than the United Kingdom’s total wind power generation in 2015. Perhaps most striking, although China nearly has doubled the installed wind generation capacity of the United States (145.1 GW versus 75.0 GW), actual Chinese generation is less than U.S. generation (186.3 terawatt-hours [TWh] versus 190.9 TWh).

This wasted energy reflects not only sunk investment and foregone economic benefit, but also a missed opportunity to fight climate change. Wind power in China has the potential to offset billions of kilowatt-hours of electricity generated by fossil fuels, such as coal, that produce substantial greenhouse gas emissions.

With these obvious benefits in mind, what headwinds is China facing?

In 2015, China’s gross domestic product (GDP) grew at the slowest rate in 25 years, a trend reflected in the country’s flatlining power demand. According to the National Energy Administration, total electricity consumption in 2015 was 55,500 TWh, an increase of only 0.5 percent from the previous year. This increase is 3.3 percentage points below the 2014 level and reflects the lowest growth since 1974. Meanwhile, siginficant new wind power capacity was added in 2015 under the expectation of continued strong economic growth and power demand — resulting in an oversupply.

Inconsistencies between national and provincial governance of the energy sector is sapping China’s electricity infrastructure.

Prior to 2011, provincial governments were permitted to approve all wind power projects smaller than 50 megawatts. Embracing newly affordable wind technologies, local power producers applied rapidly for generation permits, most of which were below this cap. Provincial governments were happy to approve these 49.5 MW power projects to attract investment and improve provincial GDP performance. Taken together, however, these small-scale plants rapidly have overwhelmed China’s electrical grid infrastructure.

Xie Guohui, an analyst at the State Grid Energy Research Institute, said, "Even though China will not approve new projects, the scale of existing wind power installations is huge, leaving the grid struggling to cope with it." And a professor from Xiamen University noted, "The main cause of idling turbines is an overcapacity in China’s power generation. China’s power supply currently surpasses its demand by 20 to 25 percent." (See Figure 2.) 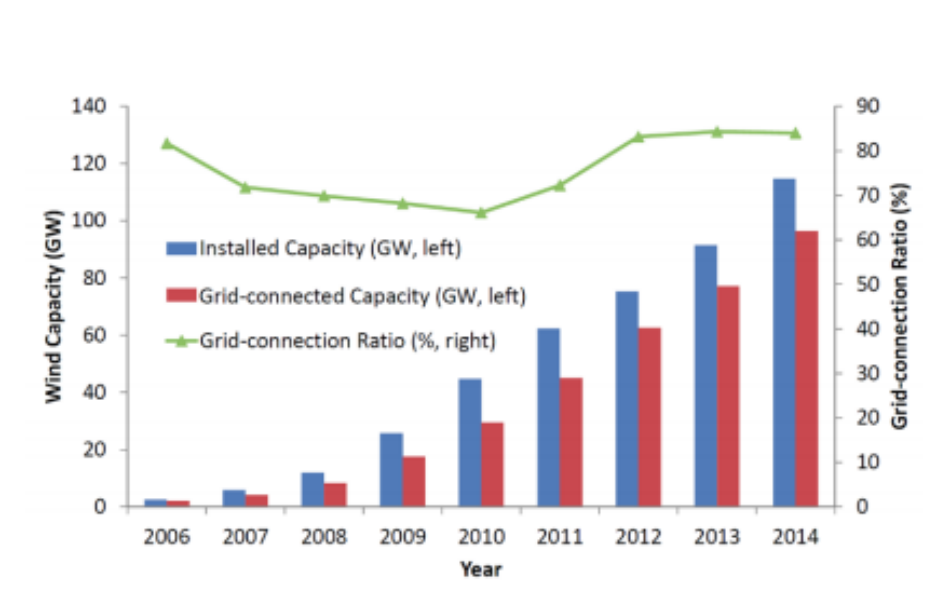 Infrastructure considerations also are important because of the disparities between where Chinese wind energy is generated and where it is needed. Northern China provides nearly 80 percent of the total wind generation. (See Figure 3.)

However, consumption of electricity is heavily concentrated along the coast and in the South. In 2014, an estimated 47 percent of wind power curtailment (Chinese) was caused by limited ability to consume it in Gansu province. Simply put, most Chinese wind energy has to travel a long way to reach a sufficiently large market for electricity. Although some transmission lines exist, new wind installations quickly have outpaced infrastructure additions.

Disconnect between provincial and national governance in China

For local governments, coal-fired plants are still more important than wind power because they are the primary source of tax revenue and employment. As a result, national laws and regulations often are unpredictable and are poorly communicated by provincial authorities.

According to Haibing Ma, China Program Manager at the Worldwatch Institute, "Current policies can only solve the curtailment problem to a limited extent. The more important thing is electricity market reform."

Wind power development is not simply a question of capacity building, but also reflects the need for a comprehensive plan and policy implementation. Although China’s ambitions to develop renewable energy are admirable, it also is important to identify the problems and challenges associated with this transition and to apply the lessons learned in the next stage of development.

Curtailment likely will be a short-term problem, as wind power is essential for China to achieve its INDC target under the 2015 Paris Agreement on climate change. And electricity reform is being hotly debated in the country. Therefore, the Chinese government needs to move fast, both centrally and locally, and private sectors need to adjust to a new relationship between energy supply and consumption. 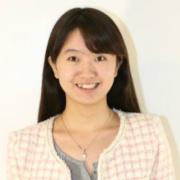 See all by Laqiqige Zhu